The State We Are In: Building an INtersectional movement for Reproductive Justice

On October 13, the 23rd annual Eqbal Ahmad Lecture, “The State We Are In: Building an Intersectional Movement for Reproductive Justice,” took place at Hampshire College. In the spirit of the series, guests took on a timely topic with wide-ranging cultural implications: this time, abortion rights, especially in the context of women of color.

The lecture was offered in a hybrid format for those on campus and beyond. In Franklin Patterson Hall, some 200 attendees participated as 65 listened in over Zoom. The event was free and open to the public.

Black feminist scholar-activists Dorothy Roberts and Michele Goodwin, who were remote, addressed questions from the Black feminist reproductive-justice educator Loretta J. Ross and Amherst College Professor Jallicia Jolly, who teaches Black studies and American studies and moderated from the hall. Their conversation was about not only the immediate subject at hand—including the recent Dobbs decision overturning Roe v. Wade—but also many related racial, economic, and social issues.

We have decided to focus this year’s Eqbal Ahmad events on the links between the protests against anti-Black racism and police brutality in the US following the killing of George Floyd, and the global uprisings against war, and the racist legacy of colonialism and imperialism.

At this defining moment, it seems to us necessary that we devote the most important public event on the college calendar to international solidarity struggles demanding that resources be shifted away from policing, and from the Pentagon, both of which perpetuate dehumanizing systems of white supremacy and state violence.

Dr. Barbara Ransby is a writer, historian, and professor with a long record of community-engaged scholar activism. She holds the John D. Mac Arthur Chair at the University of Illinois at Chicago and is an elected fellow of the Society of American Historians. Her most recent work is Making All Black Lives Matter: Reimagining Freedom in the Twenty-First Century.

Dr. Yamila Hussein-Shannan is a scholar, educator, activist and public speaker dedicated to social-economic and political justice. Her work examines matrices of oppression and liberation, particularly institutionalized and structural white supremacy, anti-black racism and settler-colonialism. She will be joining us from Palestine.

Francia Marquez is a grassroots activist internationally recognized for her work on environmental and racial justice. The winner of the prestigious Goldman Environmental Prize in 2018, Marquez recently announced that she will be running for president of Colombia. She will be joining us from Colombia.

In 2017, newly elected mayor Antar Lumumba pledged to make Jackson “the most radical city on the planet,” building on decades of work toward the creation of a solidarity economy and alternative institutions such as people’s assemblies and workers cooperatives. Join our intergenerational panel of brilliant political strategists Rukia Lumumba, Dr. Safiya Omari, and Charles Taylor as they discuss the history of organizing for economic democracy, Black self-determination, and political transformation in Jackson and beyond.

A legal professional, community organizer and daughter of the late Mayor Chokwe Lumumba and Nubia Lumumba, Rukia Lumumba is founder of the People’s Advocacy Institute, co-coordinator of the Electoral Justice Project and campaign manager of the Committee to Elect Chokwe Antar Lumumba for mayor of Jackson, Mississippi. She spent the past 11 years defending the human rights of those inside prison cells, working with community, advocates and system stakeholders to alter the landscape of injustice in American courts and prisons. She is currently leading the Democratic Visioning initiative in Jackson, Mississippi to create a community governance model that increases community resources and governmental power.

Dr. Safiya Omari, Ph.D. currently serves as chief of staff for Mayor Chokwe Antar Lumumba. Dr. Omari received her Ph.D. in experimental social psychology from Northeastern University, and her research interests include mental health, effects of gender, race, and culture on health behaviors and psychological well-being, violence against women, and discriminatory stress. Dr. Omari has published and presented nationally and internationally in these areas and she has been honored on numerous occasions for excellence in scholarship and teaching, and for her work in the larger Jackson community. Dr. Omari has always identified herself as a scholar/activist and continues to work with a number of community groups to address social justice and mental health issues. She currently serves as an officer and member of several non-profit boards.

Charles Taylor is a graduate of Morehouse College (Philosophy) and member of Freedom Side, a national collective of social justice community organizers. He served as a state organizer for the Mississippi Conference NAACP 2012 “This is My Vote” campaign, which registered 29,000+ African American to vote in Mississippi. Taylor was a field director and campaign coordinator for the Better Schools, Better Jobs (Initiative 42 in MS to fully fund education). Recently, he consults for One Voice, Inc. as a data manager and a community organizer for Energy Democracy. Taylor is the principal of Peyton Strategies, LLC, a political data management firm.

On Friday, November 9 in the Prescott Tavern, an exciting presentation followed by an activist workshop and exchange took place. Keynote lecturers Rukia Lumumba and Charles Taylor joined Iya’falola Omobola, Jackson-based political strategist, and Leah Penniman, co-founder and co-executive director of Soul Fire Farm for an opportunity to learn from one another’s experiences. Participants learned about Black-lead cooperative economics, food sovereignty, and the role of environmental justice in the fight against racism and state violence.

History of the Lecture Series 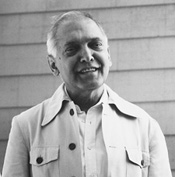 The annual Eqbal Ahmad Lecture honors the teaching, scholarship, and activism of the late Eqbal Ahmad, who was a longtime Hampshire College professor.

Professor Ahmad's faculty colleagues, former students, family, and friends from around the globe have joined together to make this lecture series a continuing celebration of his life and work.