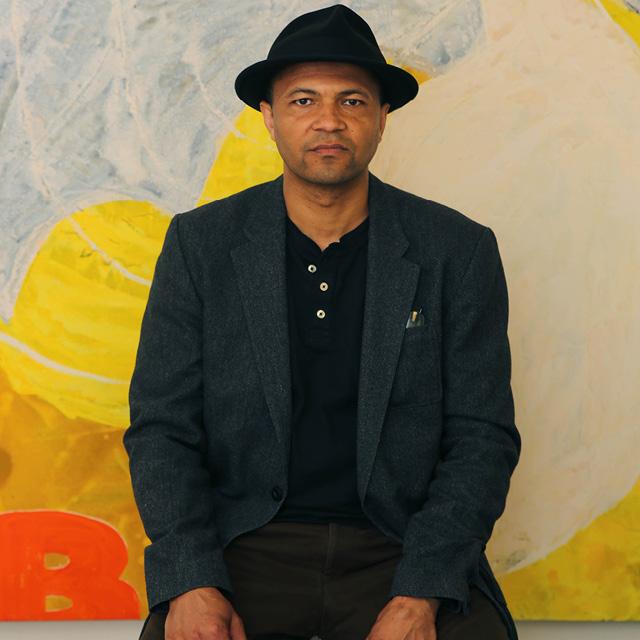 His paintings and installations have been presented internationally, including at the Museo de Arte Contemporaneo/Oaxaca-Mexico; Alliance Francais/Kumasi-Ghana; Haus der Kunst/Munchen-Germany; Muzej Grada/Rijeka-Croatia; and the Mead Art Museum at Amherst College, MA. He has taught painting at the Kwame Nkrumah University/Kumasi-Ghana; the Academy of Fine Arts Munich; and the State Academy Rotenfels-Germany.

His work includes repeated motifs such as the "Afronaut" figure, and textual elements in the cycle entitled "Brother Beethoven," a series he started in 1999.

Daniel Kojo Schrade was a Copeland Fellow at Amherst College and has received grants and awards from the Cusanuswerk Foundation/Bonn-Germany, the Academy of Fine Arts Munich, and the District Government of Bavaria. His work is represented in various permanent collections such as those of the Museo de Cuenca/Spain; MACO/Mexico; the Bayerische Staatsgemaeldesammlung/Munich; Collection Diehl/Silvaplana-Swiss; and Collection Morat/Freiburg-Germany.