“I’ve never taken a math class that was this pragmatic,” says Walden Avery as he scoops a pile of gravel. Avery and the three members of his team, all first-year Hampshire students, are gathered around a plastic box on the lawn outside the Cole Science Center. Their aim: to create a miniature wetlands, a lesson related to the wetlands being constructed around the Kern Center to help treat the building’s wastewater.

Avery’s team is one of several adding into their bins soil, gravel, vermiculite, two types of wetlands plants (Iris versicolor and Juncus effusus), and water. How much of each material they add is a team decision.

So began a semester-long experiment, a focal point of the tutorials introducing these students to the math and science behind Hampshire’s new 17,000-square-foot living building, the R.W. Kern Center, designed to supply its own electricity and water and treat its own waste.

Hampshire’s goal is certification under the Living Building Challenge, which would designate Kern as only the sixth building in the world with this proud badge of sustainability. Once finished, Kern’s building systems for electricity, water collection, and wastewater treatment will be on display throughout and around the building, and will continue to be utilized as learning and teaching labs. Demonstrations and the performance of those systems will be available to the public on the Web.

For these first-year students, two weeks into their Hampshire education, this tutorial is a crash course in the College’s academic philosophy. Under Hampshire’s unique model, first-year students are exposed to a wide range of critical, scientific, and creative courses from across the academic program, and encouraged to explore connections among disciplines. Students are mentored by an adviser, a professor of one of their fall-term courses.

Also unique to Hampshire, all the first-year tutorial course work is project-based, so students get their hands dirty on day one. Literally, in the case of these Kern Center tutorials.

“A living building is a fascinating concept, and I like how this course is being taught,” says Aldyn Markle as she consulted with her team on the wetlands-box construction. “It’s a very interactive and hands-on way to learn things, and that’s the way I learn best.”

“Thank you for being part of this amazing experiment we’re doing,” Cianfrani said when greeting the students. She and her three collaborators saw an exciting opportunity to use the Kern Center to show students how scientists in different fields work together to create a system as complex as a living building.

“We want them to feel they’re part of a community of students, faculty, and staff who are collaborating to solve problems,” says Hews. “Specifically it’s about the living building, but even more important is that they learn how to work in a group and be comfortable bringing something valuable to the table.”

The collaborative approach seems to have quickly hit its mark. Xan Lorimer says he hopes to use his computer science background to automate watering for his team’s wetlands box. As the wetlands grow at the Kern Center, Faith Glenn is curious about how they will interact with the surroundings and the people using the building. Isaac Berg sees the wetlands box as an opportunity to critique the approaches used in the Kern Center wetlands, and to explore the impact of the failure of those wetlands on the building as a whole.

“It’s not just about absorbing knowledge,” says Minji Chae, who intends to study cognitive science or neuroscience. “We’re collaborating with the other classes, sharing ideas, interacting and experiencing how scientists do their work. I love this.” 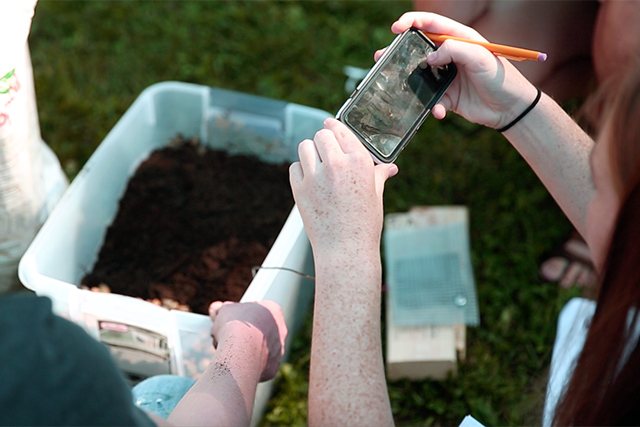 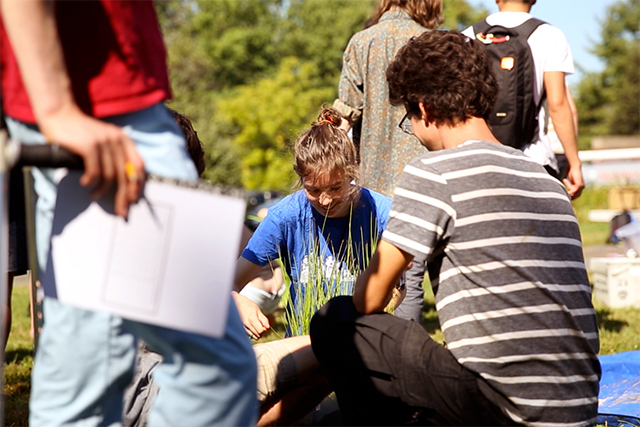 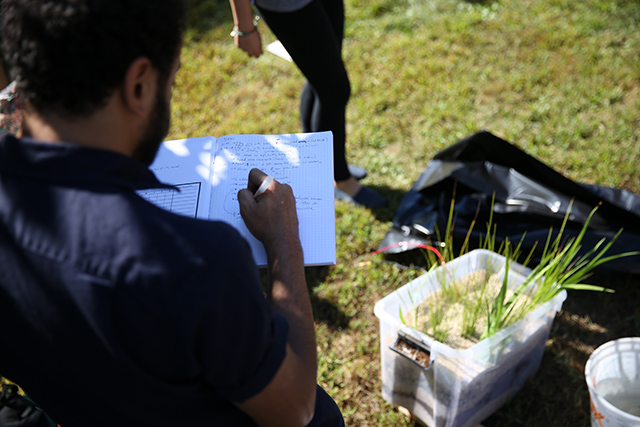 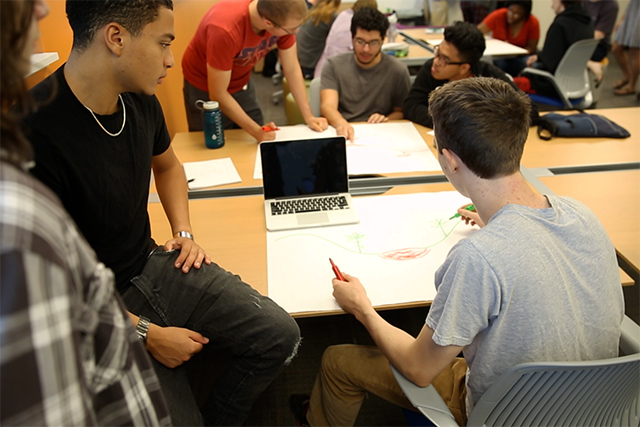 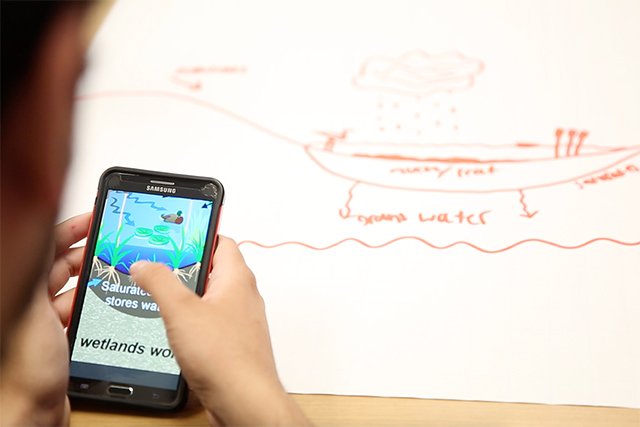 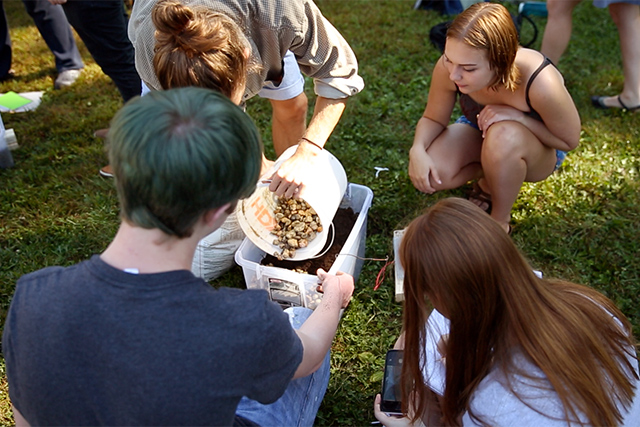