The most exhaustive and detailed history of tap dance in America ever assembled debuted to the public February 1 on the nation’s online Performing Arts Encyclopedia from the Library of Congress, a gift from Constance Valis Hill, Five College Professor of Dance at Hampshire College. Users around the world can now delve into the history of this uniquely American art form—and of the dancers who have practiced it—like never before.

Hill donated her archive to “the People’s Library” to promote and sustain research and scholarship in tap, the country’s first vernacular dance form.

The Library of Congress’s Tap Dance in America: A Twentieth-Century Chronology of Tap Performance on Stage, Film, and Media is a 3,000-record chronological archive created by Hill with the support of grants from the John Simon Guggenheim and the John D. Rockefeller Foundations and from Hampshire College. (The direct link to the home page is http://memory.loc.gov/diglib/ihas/html/tda/tda-home.html or you may access it at www.loc.gov/performingarts.)

“My wish in gifting this rich treasure trove of tap dance materials to the Library of Congress,” she said, “is to enlighten all who are interested in the historiography of tap dance and to continued research into America’s earliest vernacular dance form.” Professor Hill, who holds a PhD in performance studies, is a jazz tap dancer and choreographer.

The collection is the culmination of more than ten years of research, a project initiated to support Hill’s writing of her second book Tap Dancing America: A Cultural History, released by Oxford University Press in 2010. Throughout her early career as a dancer and choreographer, she says, she dreamed of writing a history of tap that would showcase dancers of the 20th century, an intercultural and interracial history that would not be star-centered and would be the first to be inclusive of women.

To conduct her research, beginning in 2000, she set about studying the collections of top dance libraries, among them: the New York State Library, in Albany; the Universities of Limerick and Cork, in Ireland; Oak Bluffs Library, in Massachusetts; as well as collections throughout Manhattan: the Museum of Television and Radio, the New York Public Library, the New York Public Library for the Performing Arts, and Harlem’s Schomburg Center for Research in Black Culture.

“To be a dance historian,” Hill writes in the book’s preface, “is to be a sleuth. It is to revel, after days of painstaking research, in newly found bits of information as if they were nuggets of gold.”

Conducting her research while she was teaching, Hill was assisted by former Hampshire College librarian Stephanie Willen Brown, who in 2000 designed the database, and by her students. And, she writes in the book’s preface, Hampshire College endowed her with “myriad forms of support.”

“Her dedication to passionately and meticulously document this history has inspired so many of us in the Hampshire College community over the past decade,” says Eva Rueschmann, vice president/dean of faculty and professor of cultural studies. “I think one of the most important contributions of Professor Hill’s research is her recognition of the cultures rooted in modern tap dance, spanning African, Irish, Latin American, African American, and Afro-Caribbean dance forms and traditions, as well as women’s contributions. She is a devoted, exceptional historian who has recorded and revealed an essential history.”

“Tap dance is an indigenous American dance genre that evolved over a period of some three hundred years,” writes Hill in the introduction. “Initially a fusion of British and West African musical and step-dance traditions in America, tap emerged in the southern United States in the 1700s.” The Irish jig and West African gioube (sacred and secular stepping dances) mutated into the American jig and juba, and these fused into a form of dancing called “jigging,” which, in the 1800s, was performed by white and black minstrel-show dancers, who made tap a popular 19th-century stage entertainment. In the early decades of the 20th century, jazz tap dance developed as a musical form parallel to musical jazz.

“Its absorption of Latin American and Afro-Caribbean rhythms in the 1940s has furthered its rhythmic complexity,” Hill writes. “In the eighties and nineties, tap’s absorption of hip-hop rhythms has attracted a fierce and multi-ethnic new breed of male and female dancers who continue to challenge and evolve the dance form, making tap the most cutting-edge dance expression in America today.”

Hill’s grandparents had emigrated from Greece, and her whole family, in the borough of Queens, spoke Greek. Because her parents wanted her to learn English before kindergarten and thought dance would help, they took the three-year-old to classes in Manhattan.

From that beginning in dance, Hill earned a bachelor’s degree, a master’s, and her doctorate.

In the 1970s she studied at the Alvin Ailey School of American Dance, and later taught modern jazz dance at the school, establishing the dance history program there.

Although some of her musical influences come from her husband’s Caribbean roots and his training as a jazz drummer and conguero (conga player), it was after she studied rhythm tap with various members of the Copasetics and with Gregory Hines, beginning in 1980, that she was transformed into a jazz tap dancer.

In 1981, she co-created and -produced the tap and mime dance show called The Doilie Sisters, and later taught jazz tap at the Conservatoire national supérieur d’arts de musique et de danse de Paris. Hill then directed Jane Goldberg’s Changing Times Tap Dance Company’s Sole Sisters, an all-woman, intergenerational tap musical in Manhattan. Its success, and resulting recognition of women as foundational to the history of tap, led Hill to devote herself to the historiography of the art.

The first of Hill’s two award-winning books is Brotherhood in Rhythm: The Jazz Tap Dancing of the Nicholas Brothers. She has also written dozens of articles and essays published in national media.

In celebration of the release of the Tap Dance in America archive, the American Tap Dance Foundation, located in Manhattan, is hosting a reception on Friday, February 12, at 7:30 p.m. The event will kick off a weekend of discussions, films, master classes, jams, and concert performances in honor of this milestone collection. http://www.broadwayworld.com/article/Tap-Dance-Archive-to-be-Published-by-Library-of-Congress-20160120 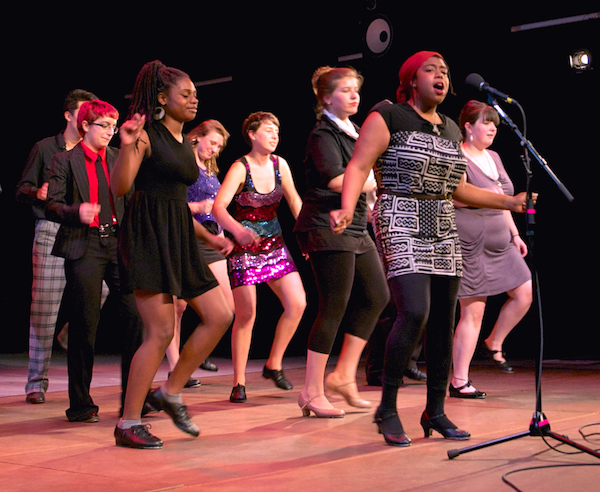 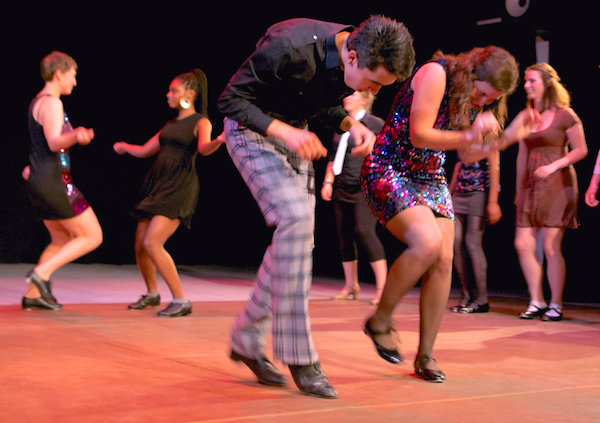 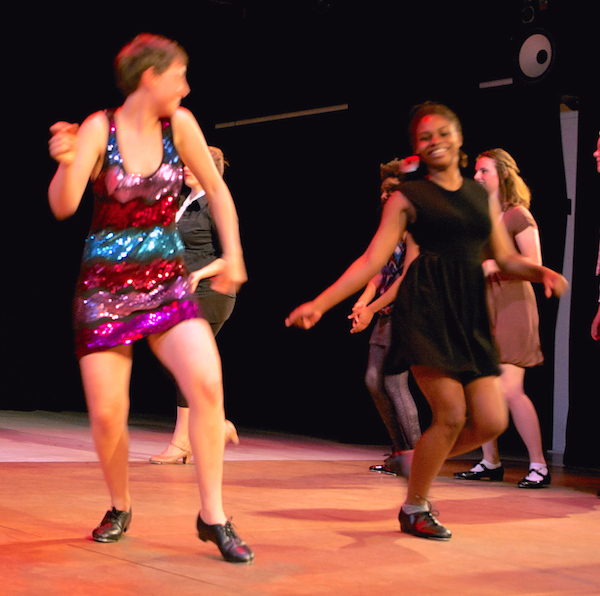 Five Hampshire Faculty Members Named First Cohort of Ethics and the Common Good Faculty Fellows
Ethics and the Common Good Project, in partnership with the Office of Institutional Diversity and Inclusion, announced the first cohort of Ethics and the Common Good faculty fellows.
Read Article
Hampshire Mathematics Professor Sarah Hews Published in PLOS ONE on Behavioral Thermoregulation
The article was in collaboration with Renae Brodie, a professor of biological sciences at Mount Holyoke College, and part of Hews’ larger work on energy budget modeling.
Read Article
Professor Alan Goodman featured in Discover Magazine and Two Podcasts Focused on Race and Structural Racism
Goodman published on the topic of race and biology in Discover in June 2020. His article “Race Is Real, But It’s Not Genetic” examines science’s often dangerous conflation of outcomes and genetics.
Read Article
Stay In Touch
With The Communications Office
Snail Mail
Office of Communications
Hampshire College
893 West Street
Amherst, MA 01002
Phone + Email
413.559.6062
communications@hampshire.edu