When Professor of Chemistry Dula Amarasiriwardena first studied Chilean mummies more than a decade ago, his research on the accumulation of trace metals in the mummies’ hair revealed evidence of arsenic poisoning.

Last month, Amarasiriwardena returned to Chile through a Fulbright Specialist Program award in environmental science and chemistry, which enabled him to expand his research on the ancient mummies to determine their exposure to other toxic elements. He is also studying a lithium-contaminated region in the Atacama Desert and the modern-day population of people exposed to it.

“There are all sorts of minerals—lithium, arsenic, lead, and boron among them—that are unusually high in this particular area, and they’re leaching into the drinking-water,” he says. “Research on the mummies helps us learn from past exposure, and we can apply that to modern populations in the region. They’re very similar situations, just in different contexts.”

With a specialty in environmental pollution and toxic metal contamination in soils and water, Amarasiriwardena’s research has taken him and many of his students around the world in an attempt to understand how high levels of heavy metals in the environment can be absorbed by humans and impact their health. The region around China’s Xikhuangshan mine, which has the world’s largest deposit of antimony, was a recent site for his studies.

“My work in Chile was exciting,” says Amarasiriwardena, whose Fulbright funding also enabled him to teach short courses at the University of Tarapacá, and a weeklong graduate-level workshop, "Inorganic Mass Spectroscopic Applications in Environmental Chemistry and Forensics," at the University of Concepción.

“I made new scientific collaborations and cultural connections at the universities here which, as in the past, I expect will contribute to exciting Division III projects among our students.” 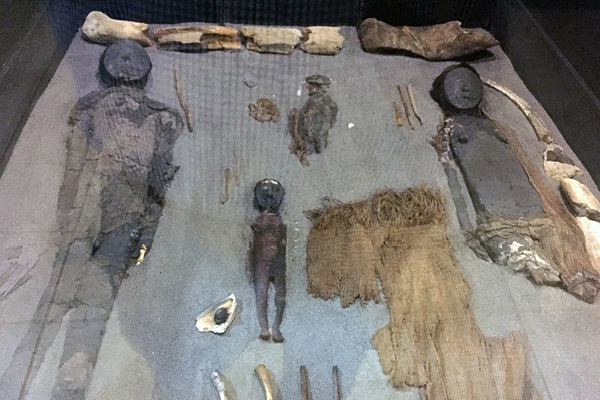