This spring a class of Hampshire students learned how to design prototypes and technology for agriculture, with the goal of benefiting underserved communities both locally and internationally. Two Hampshire professors established the new, interdisciplinary course through the College’s Entrepreneurship Program, building on established design classes and adding the perspective of social enterprise. The new course was supported by a grant from VentureWell, a network that builds communities of practice among faculty and helps early-stage innovators develop products that improve quality of life.

The course Appropriate Technology & Business Models for Bottom-of-the-Pyramid Innovations was conceived and taught by Visiting Assistant Professor of Social Entrepreneurship Daniel Ross and Assistant Professor of Applied Design Donna Cohn. In it, students strive to create affordable and effective agricultural products for developing countries and locally, in western Massachusetts, with the hope of creating business models to bring these products to market.

The students split up into three task groups, each of which designed, produced, and tested prototypes working with a partner, which included eKutir Social Business Group in India; the National Institute for Agricultural Research, Niger; or the Hampshire College Farm Center.

The eKutir Group works to provide agricultural and sanitation solutions to entrepreneurs and farmers in rural India. The students who collaborated with eKutir were charged with coming up with a simple and affordable way to dry jackfruit seeds sanitarily and quickly, the dried seeds to be processed into a gluten-free flour. The usual process is arduous and time consuming, so a more efficient method would be a great benefit.

The students who collaborated with the National Institute for Agricultural Research, Niger made a device that turns millet and sorghum flour into couscous. The machine was targeted for small-scale farmers who make and sell couscous by traditional methods that are effective but slow.

Using low-cost materials that are available for production in their partner countries, the student groups developed prototypes using tools and machinery in Hampshire’s Center for Design, the College's unique lab for hands-on learning of design and fabrication.

The third group partnered with the Hampshire College Farm to come up with a more efficient way to dry and process its Mr. Warner’s Red popcorn crop. This variety originally grew on the grassy fields of Richard Warner’s farm, purchased to establish the College. Warner selected and grew seeds from the odd red ears that showed up in his popcorn crop,  and established his own variety, still grown at Hampshire.

Contributing to the success of the course, all three student groups had access to the 85-acre Hampshire College Farm.

In addition to designing simple, low-cost technology and then fabricating their prototypes, students learned models of social enterprise and bottom-of-the-pyramid market strategies. They researched agricultural, community, and economic conditions in their target regions; learned about distribution networks and viable price parameters; and proposed market strategies for their products.

“It’s important to look at these bottom-of-the-pyramid solutions because most consumer products are made for the wealthiest one to ten percent of the world,” said Professor Ross. “These underserved communities and developing countries are in need of innovations, but they don’t want charity; they want to pay for quality products that are affordable and sustainable.”

Social enterprise is not new to Hampshire; for many years the College has offered popular courses on social entrepreneurship (e.g., The Business of Change), and many students have created Division II and III concentrations firmly rooted in those concepts. In 2015 Forbes named Hampshire one of the top entrepreneurial colleges in the country, based on the percentage of alums on LinkedIn.com who have started their own business or organization. Hampshire’s recent surveys of its alums reveal that a third of graduates consider themselves entrepreneurs, and more than a quarter have established their own business, arts or advocacy organization, or social venture.

In 2014 Hampshire formalized its entrepreneurship program. With significant contributions from a variety of donors, the College hired Ross and the program director, alum Brett Golan, and added five academic courses to start. The program includes the Seed Fund for Innovation — a $1 million student-run angel investment fund funded by alum Michael Vlock; a speaker and workshop series; and the student-led Entrepreneurship Task Force. One of the program’s goals is to help students form entrepreneurial teams (E-Teams) that will participate in accelerators, seek funding, and bring new products to market for social, environmental, and financial returns.

Ross says the Bottom-of-the-Pyramid Innovations course is structured to recognize a semester is not enough time to develop and market new technologies: successful projects and their partnerships can continue beyond the term. Two students from the spring class will expand their work on the jackfruit technology as independent study projects in the fall, he said. The popcorn group’s model will be tested this fall on the Hampshire Farm, says Professor Cohn, when the popcorn needs to be stored and dried. Even though the couscous group did not come up with a ready-to-use prototype, she says, one of the students in the group hopes to follow through on the project and is considering study abroad in Niger.

“We’re looking to expand the research explored in this class through Division III projects, paid internships for innovative students, further grant applications, and future classes,” said Ross. “There are students who want to continue and we want to continue with them.”

Supporting the course with an important grant was VentureWell (www.venturewell.org), a not-for-profit that has for 20 years funded new generations of science and technology inventors and the innovation and entrepreneurship systems critical to their success. Inventions created by VentureWell grantees are reaching millions of people in more than 50 countries and helping to solve some of our greatest 21st-century challenges. The organization’s mission is to inspire inventors to transform game-changing ideas into significant social impact. 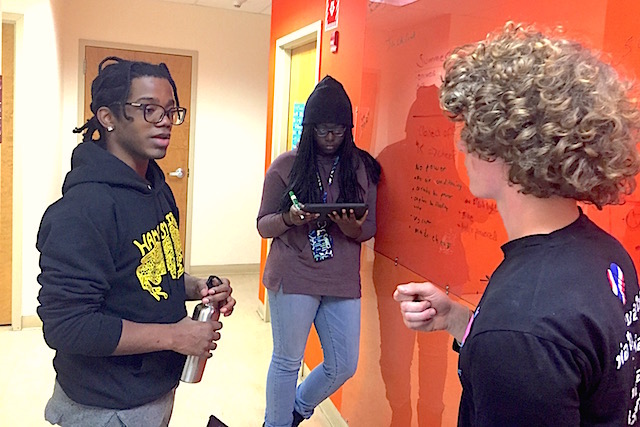 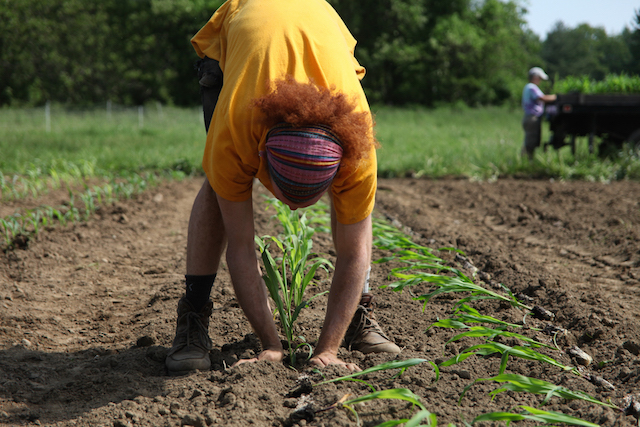