“If we don’t show up,” Eduardo Samaniego told the crowd, “millions are impacted. We all need to remind ourselves that we do meaningful work every day.” Samaniego, an undocumented student, was talking about his “eye-opening” internship with the National Immigration Law Center this summer during the organization’s work on United States v. Texas, a case argued in the Supreme Court on the constitutionality of the Deferred Action for Parents of Americans (DAPA) program. The federal program is an immigration policy to defer action against certain undocumented immigrants in this country.

The court was deadlocked, 4–4, a decision that Samaniego called “heartbreaking” and “the most painful part of the summer.” But the experience, he said, “brought me back to understanding what it means to be an organizer,” and sparked his passion for another year of study and social-justice work at Hampshire.

Samaniego and other students who worked social justice internships this summer told their stories at the 2016 Intern Reception held two weeks ago on campus (photo gallery below). Almost 50 students served a range of summer internships across communities and continents, from advocacy work with the Prison Birth Project in Holyoke to supporting residents in poverty in Kigali, Rwanda, from health services for low-income families in Los Angeles,, to an activist movement in New York against fossil-fuel infrastructure.

“This work isn’t easy on any level,” said Sharon Friedner, assistant director of the Career Options Resource Center, at the event. “There are so many layers to get to where you need to be, and I want to acknowledge that effort.”

In her home city of Los Angeles, Celeste Davidson interned at the California Black Women’s Health Project, a group working to eliminate the health disparities that black women and their families face. Their goals, Davidson said, “aligned with everything in my Div II mission statement. But I was miserable in my first two weeks.

“I felt, ‘’I’m only twenty, I don’t work here, I don’t know how to tell these adults that I think there’s something their organization could be doing better,’” she said. “Advocacy is a big thing for me, and when we were asked how to expand the way we do outreach, I told them that we need to make it more accessible, go into the community, go where we’re most needed. I thought I was going to get fired. But I wasn’t fired.”

Rachael Strickler, who interned with the CLPP's Reproductive Rights Activist Service Corps, talked about an experience with a person who was incarcerated she’d worked with on a prison visit. “I felt I hadn't done enough. But for her, simply knowing someone was in her corner was more than she could have hoped for,” Strickler said, adding, “the challenge I put on myself to prove I’m a perfect activist keeps me from being the activist I need to be.”

She then asked the crowd to sign petitions to free Kelly Savage, a woman jailed for more than 20 years in California because, the prosecution successfully argued, she hadn’t done enough to prevent her abusive husband from killing their infant son.

Fourel Kourouma spent his summer in Rwanda, helping people in a rural village set up a business that would leverage their existing assets using an approach called Asset-Based Community Development. The goal was to create a team that could generate a profit while addressing social issues. The business they decided on was selling eggs.

“I went around the community and told people why I was there. Instead of focusing on talent and skill, I focused on whether a person was passionate or interested,” Kourouma said. By the time he left, the group had five chickens and was selling the eggs in a variety of locations.

Dineen O’Rourke planned to join a protest in Albany called Break Free from Fossil Fuels, a movement against the transport of fracked oil from North Dakota to Albany on its way overseas. A bus was headed there from Amherst, but, O’Rourke said, she and her friend considered it odd to take a fossil-fuel-powered bus to the rally. They decided instead to ride their bikes on a three-day, 90-plus-mile trip.

“It was an incredible experience, connecting with the land of western Massachusetts on the way to New York,” she said. "But on the third day, about twenty miles from Albany, I fell and broke my jaw and chin.”

She didn’t make it to Albany, but the recovery period that followed the accident, O’Rourke said, gave her time to think about why she was doing the work. “This incredibly dreadful reason to slow down became a gift,” she said. “Moving forward, I was able to do my internship in an even more valuable way.”

Karina Fernandez, director of the James Baldwin Scholars program, asked students to reflect on the work they were doing throughout the world amid the many challenging events of recent years related to violence against communities of color.

Hampshire President Jonathan Lash said seeing and experiencing those tragic acts of violence makes us wonder what’s happened to the bonds and values that should hold us, as a society, together. “The community will recover because you’re engaged,” he told the students. “I have hope that there’s a wonderful group of people going into society as an antidote to the horrors we seem to see every day." 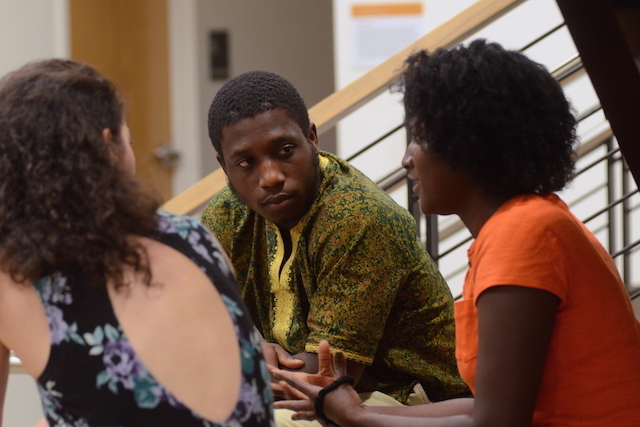 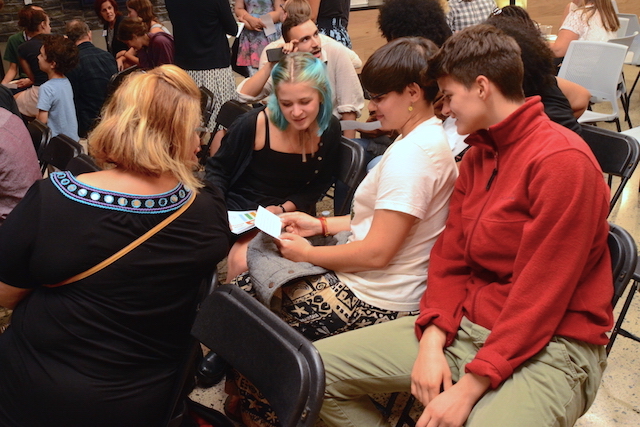 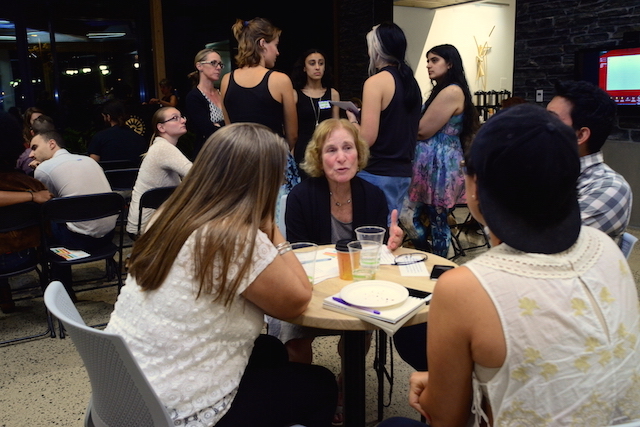 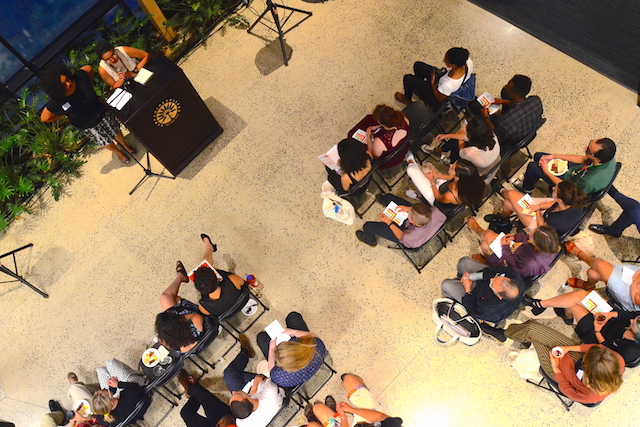 Seeking Justice for the Disenfranchised
A Hampshire alum links her work as a civil rights lawyer to her studies in storytelling
Read Article
Eliot O'Connell
I'm a Div II here at Hampshire. I study art history and writing with a focus in censorship. I never imagined that college could be like this.
Read Article
Hampshire Values Inform Approach to Resistance for Alums
Two graduates bond over action and common beliefs forged in college
Read Article
Stay In Touch
With The Communications Office
Snail Mail
Office of Communications
Hampshire College
893 West Street
Amherst, MA 01002
Phone + Email
413.559.6062
communications@hampshire.edu