Faculty Take Learning Outside the Classroom for First-Year Students

A group of Hampshire first-year students were treated to more of their learning outside the classroom, as their Hampshire professors piloted a model of tutorials emphasizing more active, experiential learning in the community.

The idea was to take the innovative approach of the tutorials and add more faculty–student interaction, more time outside the classroom, and, as Dean for Academic Support Rachel Rubinstein says, “to build community right away.”

Dean of Enrollment and Retention Meredith Twombly says the new model was great for encouraging first-year students to better explore and leverage the Five College Consortium partnership starting right away in the first semester. She explains that the new course model evolved from the College’s Living Learning Communities, a program for first-year students that enables them to live with students who have similar academic interests. Data showed that these communities resulted in higher retention, greater student satisfaction, and a more developed sense of belonging after the first year, Twombly says.

This year, five professors offered Teaching Learning Communities courses, affording first-year students the opportunity to engage with the community at large, while easing the transition from high school to college. The classes were Universal Grammar, taught by Daniel Altshuler; Introduction to Art Education, by Jana Silver; Hampshire Media Arts: Feminists Behind the Camera, by Hope Tucker; Hormones, Brain, and Behavior, by Cynthia Gill; and Food and Health, by Elizabeth Conlisk.

Like other tutorials, the faculty member teaching it also served as the first-year adviser for all students in the class.

These courses are unique for their mandated outside experience: half the sessions take place out in the community, where students engage in learning activities relating to the tutorial. Altshuler took his class to a local cinema for a showing of Arrival, a recent movie featuring a linguist protagonist, which he says helped to reinforce the themes of his course. Silver’s class toured local murals with alumni artist Kamil Peters. Conlisk’s students made use of Hampshire’s Farm Center to learn to cook communal meals for farm staff. Gill’s activities included a trip to study a collection of preserved brains at Yale’s Cushing /John Hay Whitney Medical Library.

Assessing the effectiveness of the new model, the professors report a special camaraderie among the students, as well as an extraordinary level of engagement and dedication. “The biggest successes came through group work and community building, to inform their future curriculum and course taking,” Altshuler says. “Friendships and a sense of knowledge were built, while at the same time students became familiar with the campus and their surroundings. This dynamic is specific to the Teaching Learning Communities.”

Conlisk also saw benefits to her students. “I think elevating the importance of community when students first get here is really key, and creating opportunities to get together socially in the awkward first few weeks is really important and helps students during that transition,” she says.

Gill adds that she has seen a marked improvement in the confidence of her students to both interpret and write about primary sources. “The students have really made the transition to writing in their own voice well,” she says. “Initially, most students were paraphrasing from the articles and not really asking questions. They very quickly developed their own voice and skill, and over time learned to critique and analyze critically.”

Tutorials Initiate Students to Take Initiative Over Their Learning 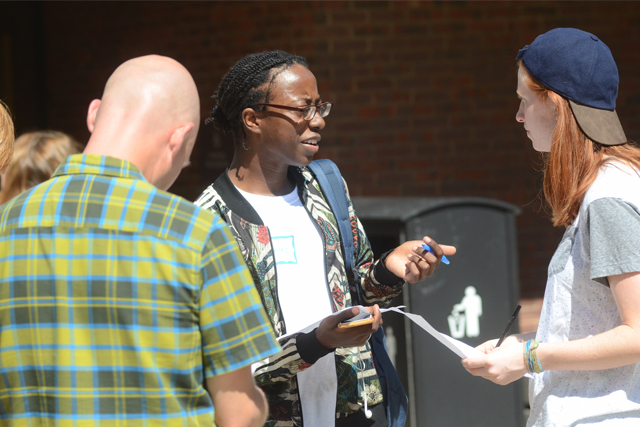 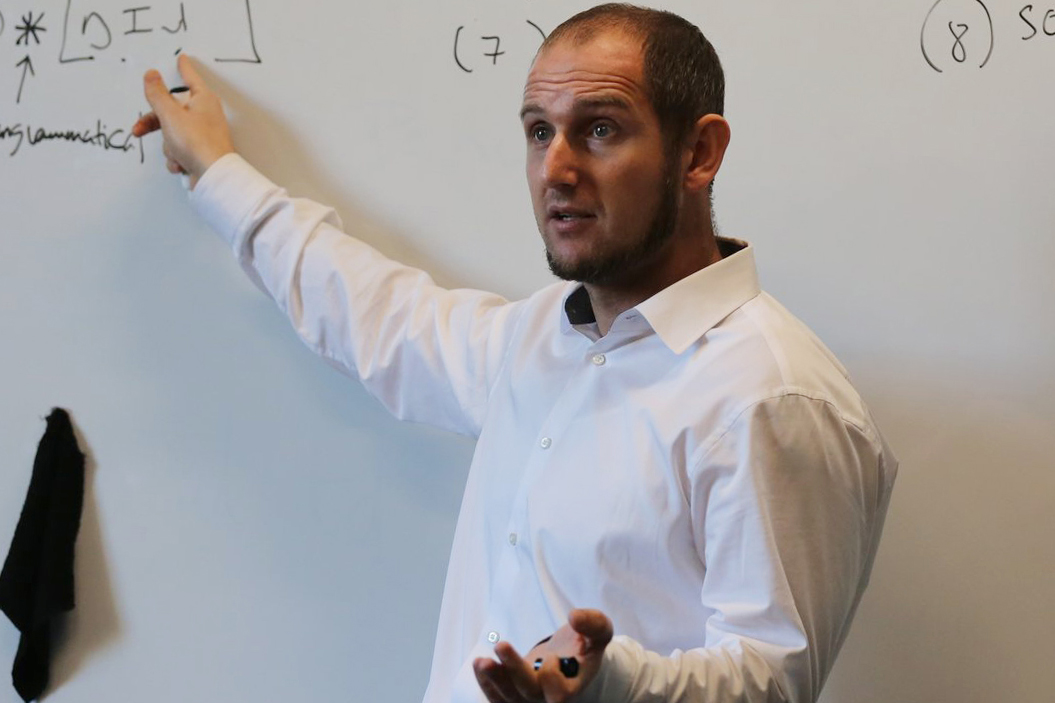 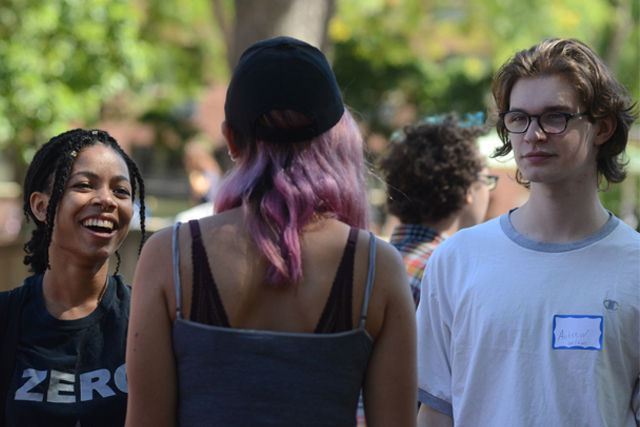 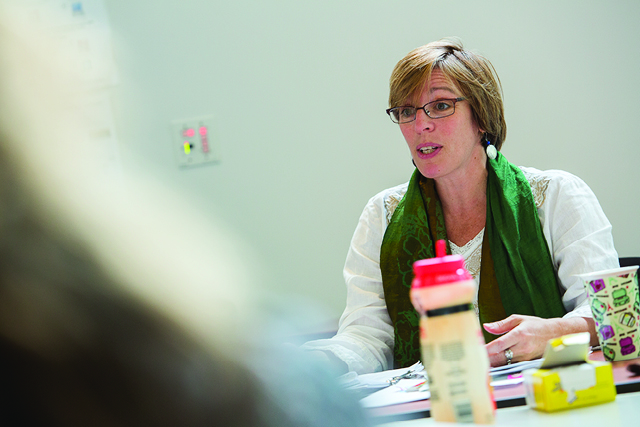 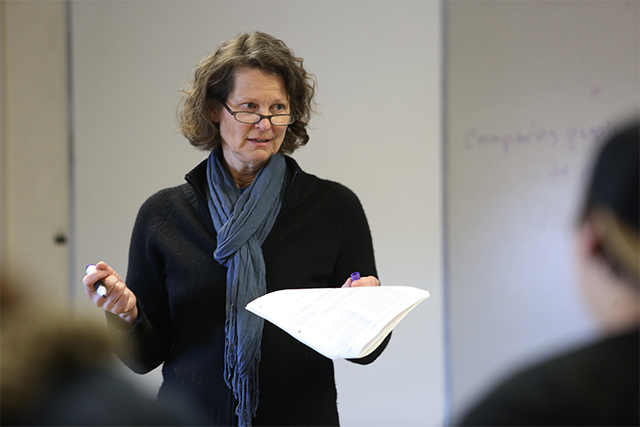 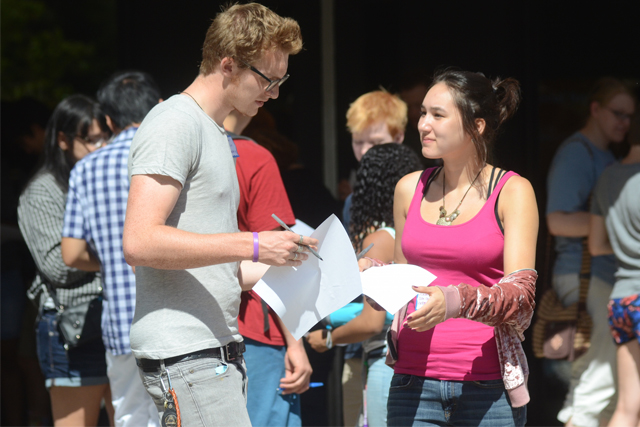 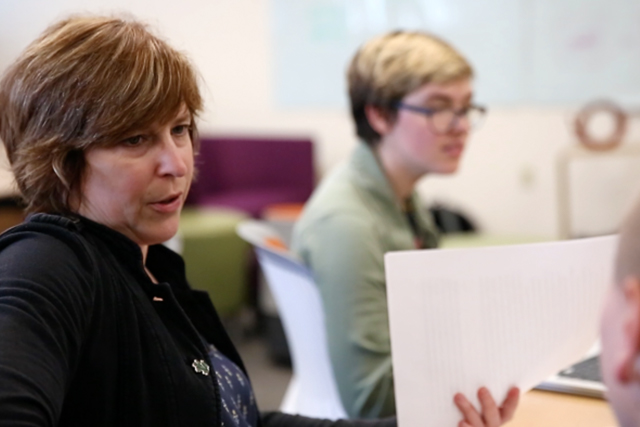