Writing Comics About Monsters and God

The first time Gabriel Horvath 14F felt a spiritual connection, something they could call “divine,” was the first time they came out as transgender. Maybe, they thought, both things are connected. Maybe “being able to be out and to be called by my right name and my right pronouns by everyone around me meant that something in me could also open itself up to the presence of God.”

So Horvath decided to write – and draw – what was in their mind. Based on their own experiences and studies of gender, sexuality, and religion, they produced the graphic novel And Then the Moon Touched My Face, part of their Division III project “Tender Creatures.”

“It’s an autobiographical comic about my relationship with faith and about walking and prayer as intertwined practices in my life,” Horvath says.

In one of the passages, the protagonist is walking through downtown Washington, D.C., where Horvath grew up, on a Sunday night, passing by empty buildings that are all lit up, and trying to listen for God. “[The story] is a lot about this walking quietly and listening, which sometimes is a kind of silence that has a shape,” they say.

According to Professor of English Literature and Cultural Studies Lise Sanders, the book gives readers an “insight into the experience of one’s own identity and, particularly, the experience of being trans in a Christian community that was supportive and embracing of all kinds of forms of difference.”

For their Div III, Horvath also produced Goblins! Goblins! Goblins!, a graphic novel about a group of small gay goblins who build a community of support and mutual care. “I was thinking about new vocabularies both visual and verbal for talking about mutual care dynamics in queer and trans communities,” they say, “specially in communities where the majority of people are both queer and trans, which I haven’t seen a lot in the broader media culture.”

Professor Sanders describes the story as being about “characters whose bodily experience and identity is not defined through concepts of the human. And they’re able to create a community of care and comfort and intimacy with one another in a way that’s really compelling.”

Sanders, who was part of Horvath’s Div III committee, says the goblins raise interesting questions and alternatives to notions of the human. “These characters help us think in entirely new ways about gender,” she says. Also, they help us rethink “the entire notion of monstrosity, which people who are different in many ways have often been labeled.”

One of the most interesting things about Horvath's project, says Sanders, is “how deeply researched and theoretical it is even as a creative work. And I think that’s characteristic of all the work that students do in the fine arts and in media production here at Hampshire, in part because our faculty hold this profound commitment to the relationship between theory and practice, essentially a praxis form of artmaking.”

Gabriel Horvath graduated in December and is now living in Washington DC. You can find more of their work here. 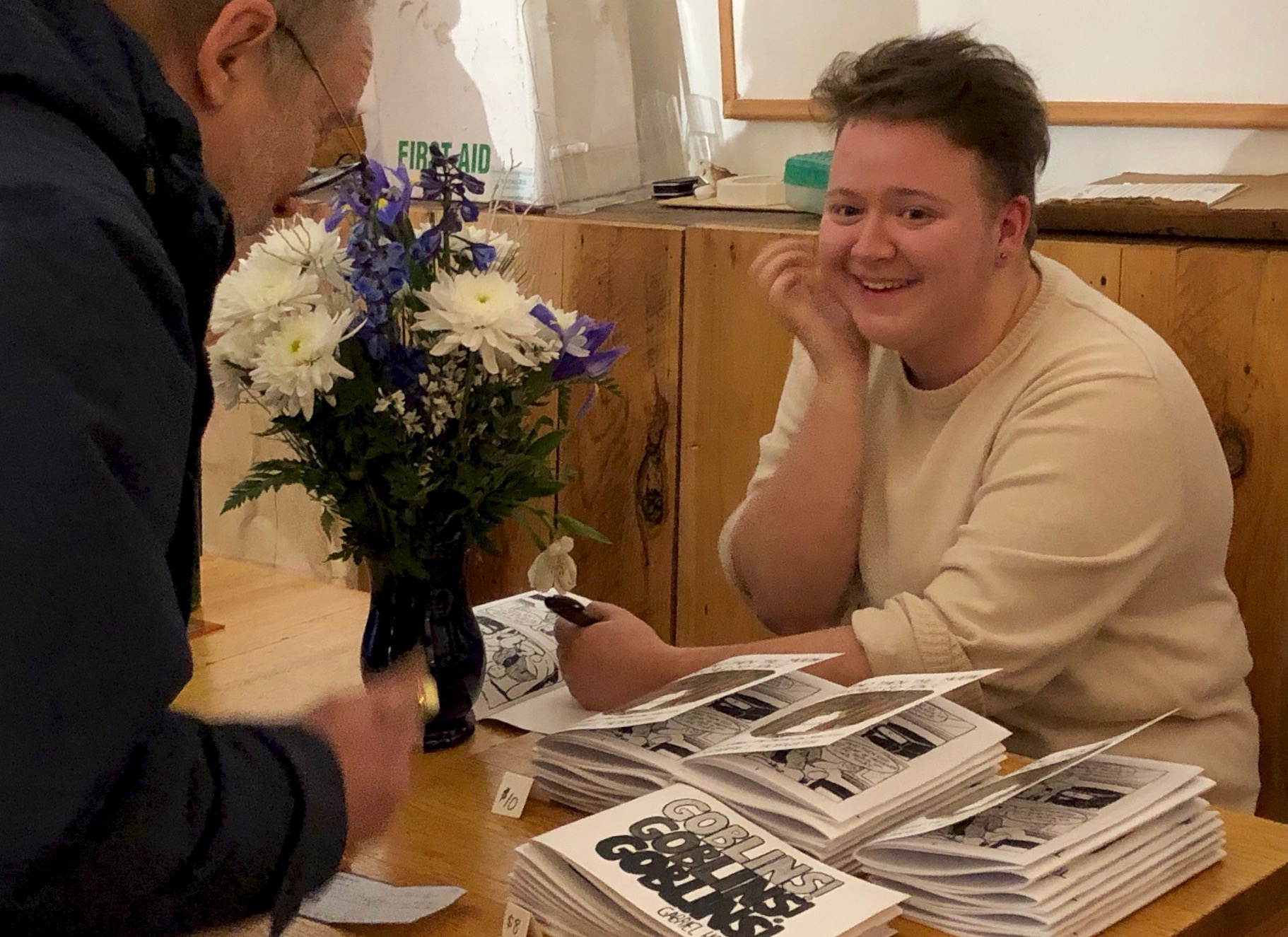 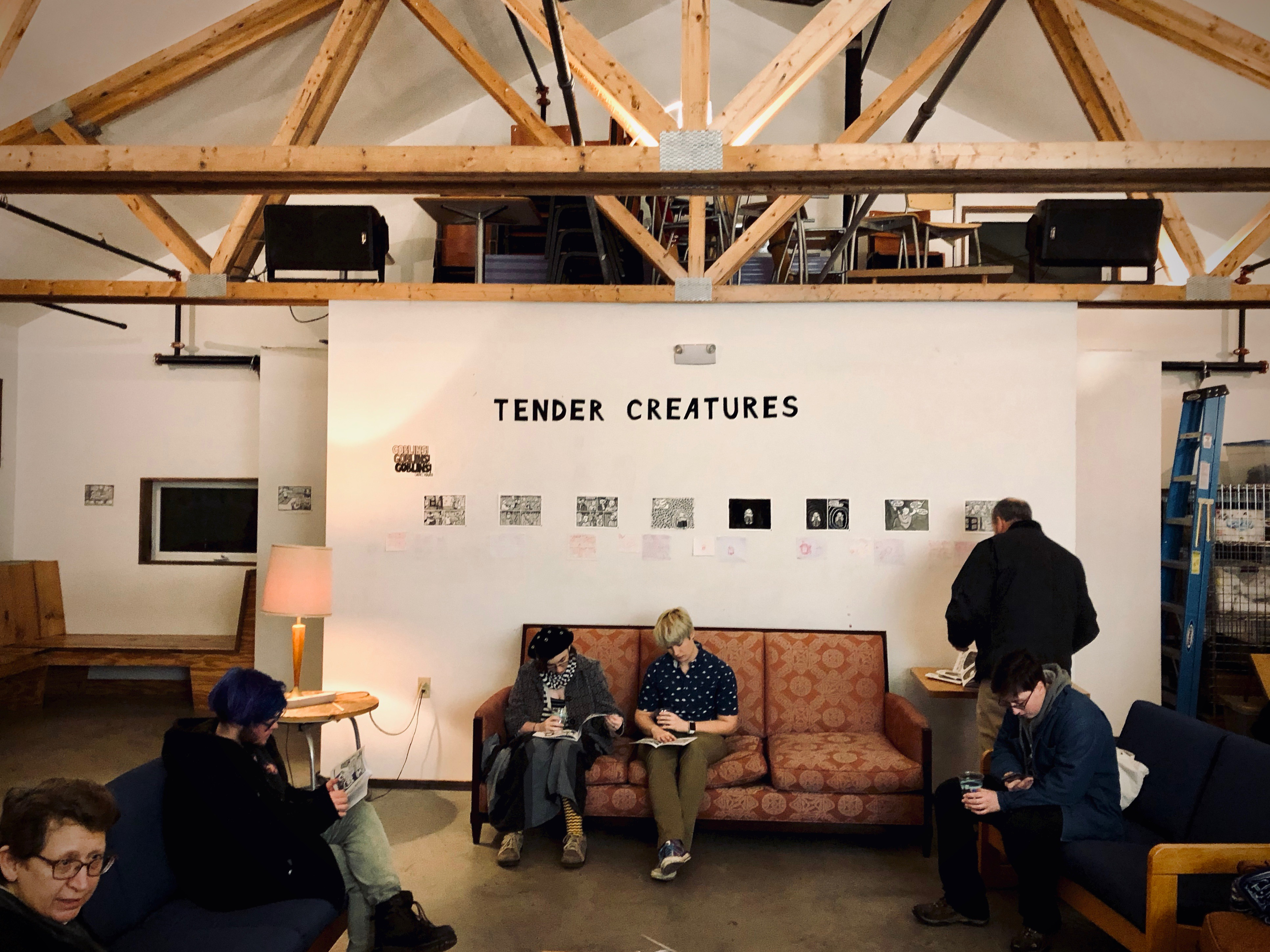 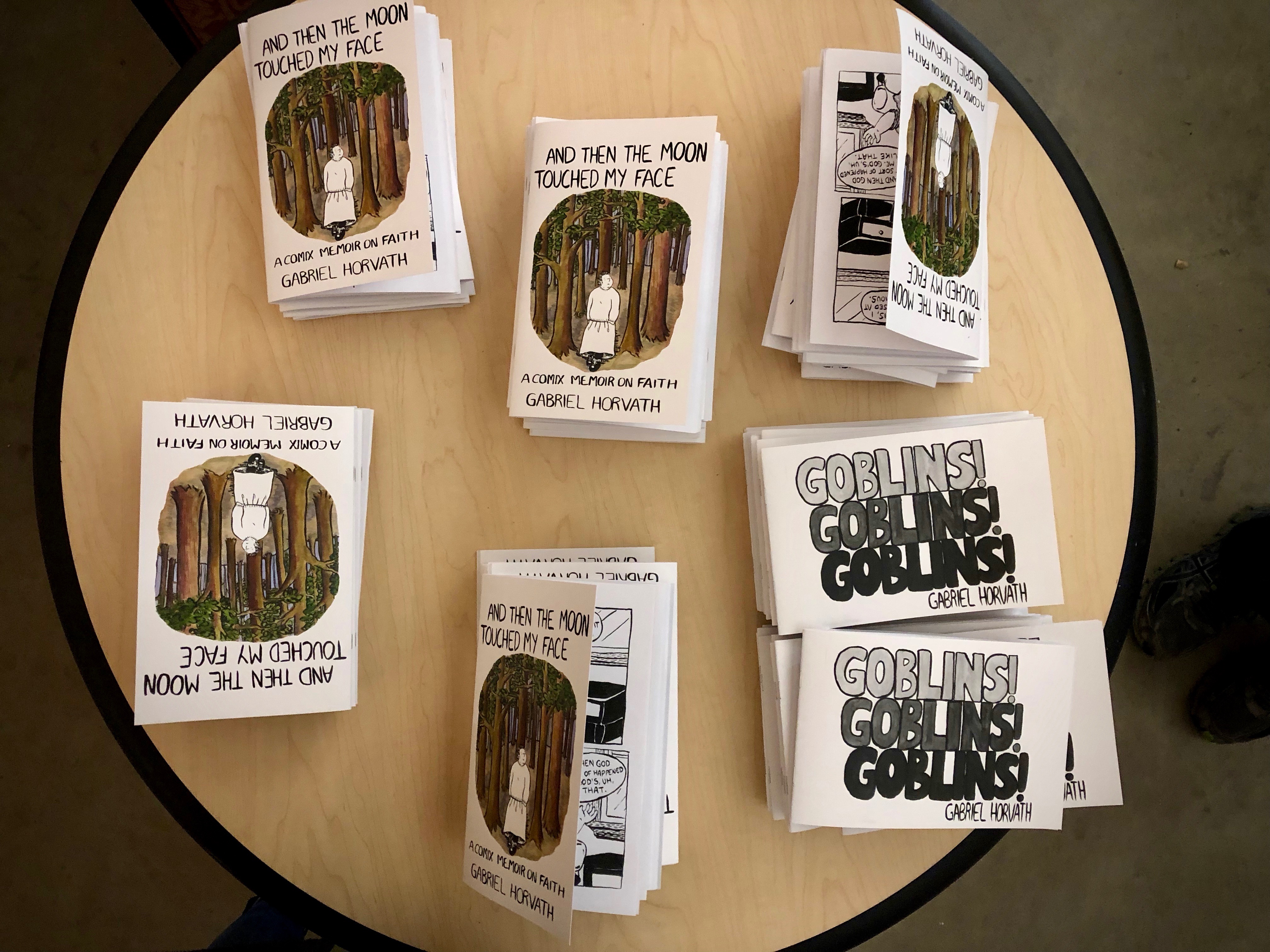 Photographic Storytelling and Adapting to Change
Recent Hampshire graduate Emma Symanski 17F created an innovative final project, and had to pivot when the pandemic hit.
Read Article
Sofi Ward’s Div III Seeks to Make Parkour More Inclusive for Fem and Genderqueer Members of the Community
Ward’s Div III research delves into the experiences of fem and genderqueer members within the parkour community and the reasons why they leave the sport at a disproportionate rate.
Read Article
For Div I Student Arlo Zwicker, Hampshire College’s Orchards and Gardens are Their Classroom
We sat down (remotely) to talk with Zwicker about their ambitious multi-year and multi-layered projects—including Hampshire’s first bio-charcoal kiln—and what inspired them to choose Hampshire.
Read Article
Stay In Touch
With The Communications Office
Snail Mail
Office of Communications
Hampshire College
893 West Street
Amherst, MA 01002
Phone + Email
413.559.6062
communications@hampshire.edu