Last October, student Moira Tan was wending her way into a Div III thesis about feminist philosophy and law when she was brought “to a screeching halt,” she says. “The day Brett Kavanaugh was confirmed to the Supreme Court, I thought ‘This is it — the end of all the things the people I know have been fighting for.’”

Tan quickly refocused her Div III on abortion rights. The resulting thesis — Litigation and Legislation: State Responses to the Overturning of Roe v. Wade (1973) — is a painstaking look at how abortion rights can be whittled away by increasingly restrictive state legislation, even if Roe continues to stand. These laws can virtually nullify a woman’s ability to get an abortion, for example, severely shortening the gestational length of time when abortion is legal.

“We’ve entered the most tenuous period yet in the pursuit of absolute abortion rights,” Tan writes in Litigation and Legislation. . . . There is, therefore, an urgency to the need for restrategizing reproductive rights advocacy.”

She points to the Ohio State Assembly’s passage of the “Fetal Heartbeat” Bill, which makes it illegal for providers to perform abortions after an electrical pulse is detected, which can be as early as six weeks, when most women don’t yet know they’re pregnant. Among similar restrictive tactics that Tan examines are parental notification requirements and state-mandated waiting periods.

While working on her thesis, Tan honed her political know-how.

During her Div III year, she took part in simultaneous internships with two Massachusetts politicians, working at both the Springfield office of Sen. Elizabeth Warren and the Northampton office of U.S. Rep. James McGovern, whose district stretches from Worcester to the Pioneer Valley.

“I was living in Northampton, but I didn’t have a car. I remember waiting for the bus to go to Hampshire or to Springfield and being caught in a blizzard,” Tan says. “But I applied for these internships, and it was important to learn from these political leaders. I couldn’t let those opportunities go.”

All the while, she wrote her Div III, guided by her advisory committee, chaired by Marlene Fried, professor of philosophy and faculty director of the group Civil Liberties and Public Policy Program (CLPP), with Jutta Sperling, professor of history and former dean of the School of Critical Social Inquiry.

“I was planning to take a class with Marlene when I transferred to Hampshire from a community college in central California,” Tan says. “Then Hampshire called and suggested her as an adviser.

The class, Politics of the Abortion Debate, led to Fried’s becoming her mentor. A longtime abortion- and women’s-rights activist, Fried introduced Tan to CLPP and encouraged her to take a paid summer position on a CLPP project, the Reproductive Rights Activist Service Corps. There, Tan interned at the Ohio Justice and Policy Center, in Cincinnati.

The thesis not only passed — it also provided a stepping-stone to Tan’s dream job.

A few weeks after graduation, Tan was hired for the only non-attorney-level job in the Reproductive Rights and Health Department at the nation’s oldest organization specializing in women’s rights: the National Women’s Law Center (NWLC), based in D.C.

“I was later told that there were hundreds of applications for one spot,” Tan says. “I think the thesis really helped give me an edge.”

As a program assistant for Reproductive Rights and Health, Tan is immersed in the issues she cares about the most and gets hands-on experience.

“I get to stick my toes into everything,” including research and writing, she says.

She’ll be applying to law school in the future.

“With Litigation and Legislation, I really wanted to communicate to law schools that my education at Hampshire produced something very specific regarding reproductive-rights law, and I want to build on that,” Tan says. 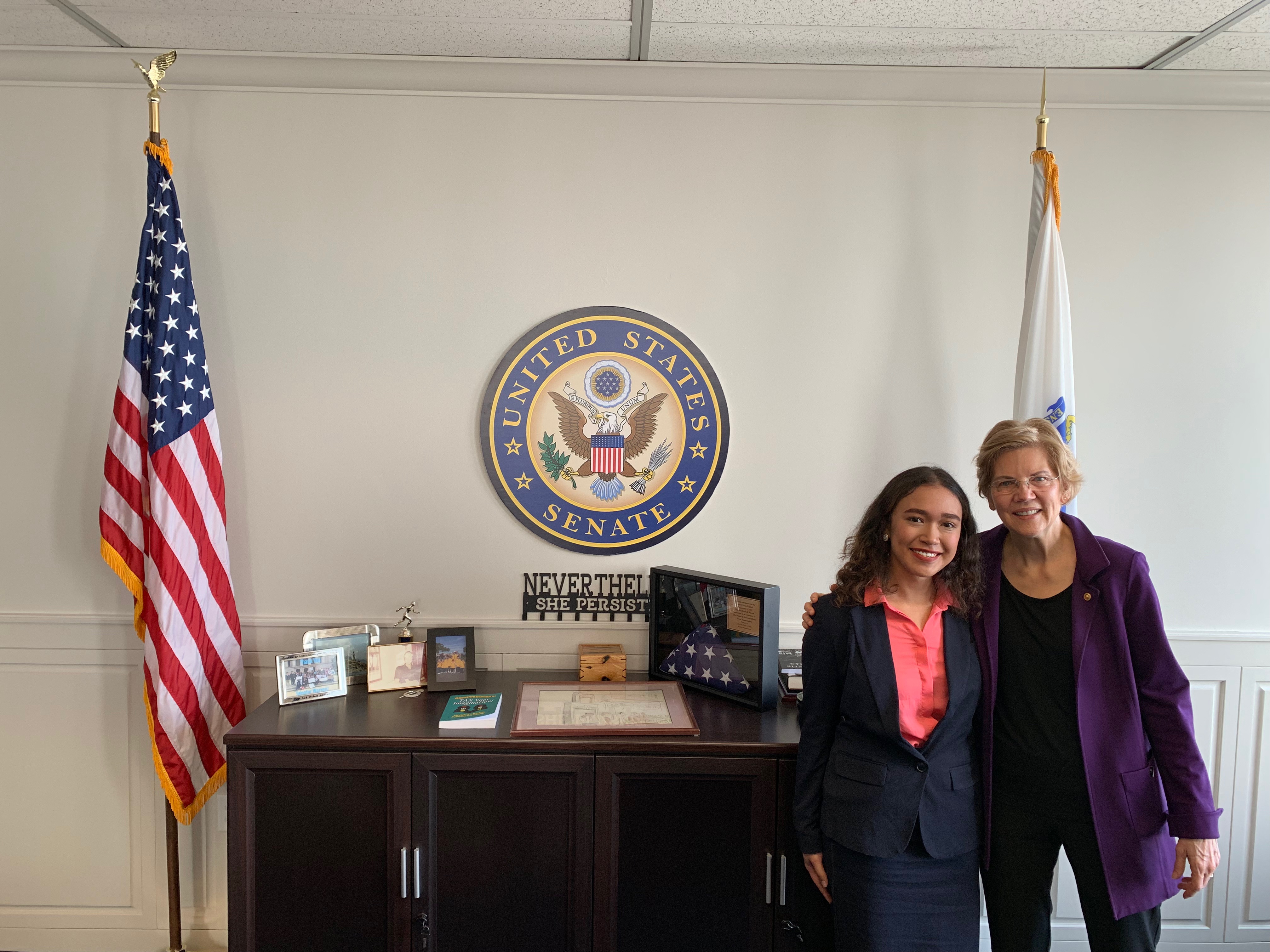