Honoring a founding faculty member of the School of Cognitive Science. 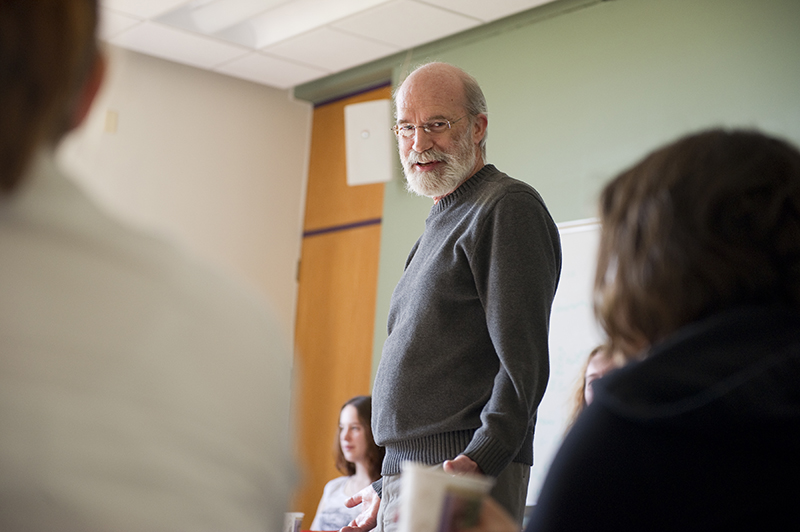 Professor of Psychology Neil Stillings has taught at Hampshire since 1971. His current interests and teaching involve foundations of cognitive science, music cognition, the evolution of cognition and culture, and helping students negotiate the landscape of the psychological, neural, and cognitive sciences. He is a co-founder of Hampshire's School of Cognitive Science and served four terms as dean of the school, most recently from 2005-2011. He is a co-founder and was a member of the founding steering committee of Hampshire's Culture, Brain, and Development Program. He has served as the faculty member of the College's board of trustees and as the chair of the Budget and Priorities and the Educational Policy Committees. He is a member of the University of Massachusetts graduate faculty.

On Saturday, April 1, 2017, the College will hold a symposium and celebration to honor Professor Neil Stillings at the conclusion of his career and to commemorate 45 years of cognitive science at Hampshire.

Cognitive science focuses on the study of mind, brain, behavior, and intelligent technologies. It integrates ideas and methods from psychology, neuroscience, computer science, philosophy, linguistics, evolutionary biology, animal behavior, education, anthropology, and other fields. Hampshire's undergraduate CS program was the first in the nation, and has produced many distinguished alums.

The Neil Stillings Scholarship was established to honor Professor Neil Stillings legacy at Hampshire, and provides support to outstanding students in cognitive science.

For more information or to make a gift, please contact Cheri Butler at cbutler@hampshire.edu.