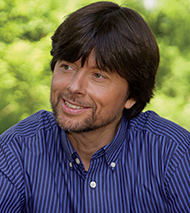 Led entirely by visiting artists, the Creative Media Institute at Hampshire College is inspired by a similar program held during the 1970s, when practically every well-known documentary filmmaker and photographer of the day joined Hampshire professor and Burns mentor Jerome Liebling on campus to conduct workshops. The 1970s cast included such luminaries as Ricky Leacock, Diane Arbus, Elaine Mayes, Shirley Clarke, D.A. Pennebaker, and Fred Wiseman.

Program director Andrew Hart is assembling a similar line-up of contemporary innovators for the 2014 Creative Media Institute, which will run from July 13 to August 9. Enrolled participants will work directly with the guest artists. 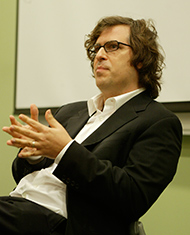 During the final week, Morgen (pictured, right) will lead a creative lab, with professionals critiquing rough cuts of participants' films. "This lab is designed to benefit emerging artists racing to submit films to Sundance and South by Southwest," Hart said.

Undergraduates will earn four academic credits from Hampshire. They will make films in their labs, working in teams and guided by visiting artists.

One important contribution of the visiting artists will be their ability to offer participants advice on perfecting the balance of business and art.

The program will also include a day devoted to the work of Fred Wiseman, including screenings of his films, followed by a conversation with the filmmaker.

There will be public events throughout the four weeks, both on the Hampshire College campus and in community venues such as the nonprofit Amherst Cinema.

Among scheduled guest artists are:

Famed documentarian Ken Burns 71F speaks often about the College's influence on the way he approaches his work: "When I entered Hampshire, I found it to be the most exciting place on earth. Hampshire stresses the self-initiated route of designing one's own curriculum, a mode of inquiry that I was able to bring into the real world. 'The Summer Institute of long ago' was one of the highlights of my many formative experiences at Hampshire. I'm thrilled that—like Brigadoon—the Institute is coming back," he said.

Director, writer, and producer Brett Morgen 87F has been described as the "mad scientist" of documentary film. His credits include The Kid Stays in the Picture, Chicago 10, and Crossfire Hurricane. He's currently at work on a film about Kurt Cobain. 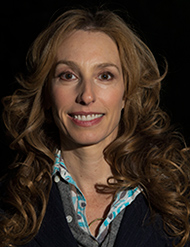 Erica Huggins 83F (pictured, right) is president of Imagine Entertainment, where she has been a producer and executive for the past 10 years. She has produced film projects such as Rush, J. Edgar, and Restless, and the TV series Parenthood. Most recently, she executive produced Ron Howard's Heart of the Sea and produced the upcoming James Brown biopic Get on Up. Prior to becoming a producer she worked as a film editor on John Waters' classic Hairspray and Crybaby and Michael Cimino's The Sicilian and Desperate Hours.

Ivy Meeropol produced and directed The Hill, a documentary series that aired on the Sundance Channel. Heir to An Execution, Meeropol's documentary exploring the legacy of her grandparents Ethel and Julius Rosenberg, was short-listed for an Academy Award.

Robert Green is a documentary filmmaker, film editor, and critic whose essays appear in publications including Sight & Sound and Filmmaker magazines. His films include Actress, Fake It So Real, and Kati with an I.

Charlotte Cook is director of programming for Hot Docs, Canada's premiere documentary film festival. She served on the U.S. Documentary jury at the 2014 Sundance Film Festival.

Since its opening in 1970, Hampshire College has been widely recognized as having one of the finest programs in film and photography in American education. Oscar, Emmy, Peabody, and multiple other awards and nominations have been won by graduates of the liberal arts college, where Jerome Liebling and Elaine Mayes started the film/photo program.

The Creative Media Institute is one of five summer academic programs Hampshire now offers. The others are a Food, Farm, and Sustainability Institute; TESOL Teacher Training Course; Institute for Curatorial Practice; and an entrepreneurial program for high school juniors and seniors called Designing Social Impact.