Conceptual artist Julia Buntaine has launched nonprofit ventures cultivating partnerships among the science and art communities in the Northeast and nationwide. As a Hampshire student, Buntaine had designed a personalized academic program combining her interests in neuroscience and art, and culminated her studies with a Division III thesis project creating sculptures of neurobiological forms such as brains, cells, and neurons.

Since graduation, Buntaine has complemented her work as an artist with entrepreneurial ventures. She founded SciArt Center as both an online platform for members nationwide and an events organization that hosts public programs—exhibits, film screenings, workshops, and speaker series—in New York City and Baltimore. She also founded the online, science-based art magazine, SciArt in America.

Buntaine '06 continues to create science-inspired artworks and has exhibited them professionally across the continent, in Amherst, New York City, Baltimore, Seattle, Madison, and Toronto. Her pioneering work has been featured in the New York Times, ScientificAmerican.com, and a couple of dozen national science publications. A recent New York Times feature said her art “shows the beauty of data culled from neuroscience.” A writer for Scientific American called her a person to watch “for her artistic creations and artistic activism.”

Buntaine earned a master of fine arts degree from the School of Visual Arts. In an interview for that school’s blog, she said “science as a subject for the arts has implications for the art world, for science, and our culture.” For one of her pieces, called Brainlines, she measured the number of New York Times headlines that used the word brain, starting in 1851, and found that since about the year 2000, the newspaper has amplified its reporting to a volume of 30–80 articles per year.

Most people will never see neurons and cells up close, she said, so she’s using conceptual art to make neuroscience accessible. As more people learn about scientific findings every day, she observed, “The visual arts can benefit science by being a visual-metaphor mediator of information between the scientist and the public.” To put it another way, art can be a more effective public science platform than, she said, “pie charts.” 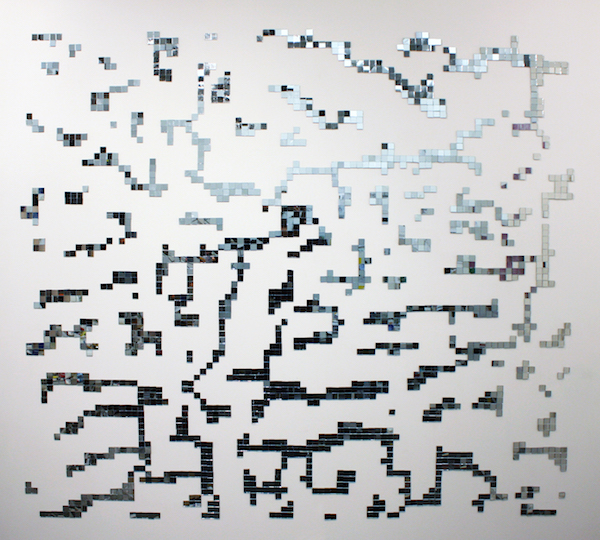