Developing and publishing a mobile game for Apple and Android devices in four months would be an aggressive goal even for a professional game studio. This semester, 19 students with a range of gaming skills, from beginner to experienced, are joined together in a four-month course aimed at releasing a free, new adventure game on the top app marketplaces, by May.

Students in Professor Pat King’s Interdisciplinary Game Studio class are almost halfway through their project, and are hard at work to develop their own point-and-click game. Among the 19 students in King’s class, interests and skills vary: Some have no game-design experience and are drawn to fiction and interactive fiction; others are concentrating their studies on game design, coding, and programming. (These latter students were especially proud to learn this month that The Princeton Review and PC Gamer ranked Hampshire one of the 10 top Game Design undergrad programs in the country.)

To date, the Game Design class has completed its First Playable milestone; the team has been able to play their game on a device and get a feeling for the main features. In adventure games, players control their characters through a set of static background scenes and interactions with non-player characters to create a primary narrative story. The class offers something for everyone, from developing the narrative, to creating the art, to coordinating the music, and to programming and coding. “It’s a fantastic genre for exploring creativity,” King says.

He explains that the finished product will be a smaller, limited experience game, mainly to compensate for the compressed time frame and the large size of the team. King adds it will be “an exceptional accomplishment” to have the game completed by May, but says the team will have “a good foundation of a game that will be released to iOS.”

Collaboration, of course, will be key. Each class begins with stand-up meetings, a practice common in professional agile process management, as all students report out status and progress.

The challenge of publishing a game in one term was tested in 2014 in a course led by Professors Chris Perry and Ira Fay. That class was able to design and launch a free digital game, called Word Snack, to the App Store. Word Snack is a single-player word game, suitable for all ages, set in a diner in outer space, where the player feeds words to hungry aliens, and receives points for every word and for catering to the aliens’ tastes. The game is available free on iTunes and on Android.

King, a game designer and owner of the studio Woodpenny, has created an authentic game-studio environment for the students to work in. “I want them to have the experience of working together as a team,” he says, “with the various roles you would find in a video-game studio, such as the producer, designer, art team, QA, and even marketing and PR.”

Isaiah Mann finds this aspect of the class especially exciting because, he says, he and the other students are working on a professional development team with real deadlines. “It’s basically like a job,” he says.

Mann also took the 2014 game-design class with Professors Perry and Fay and is now involved in GlowLime Games, a Five College group that designs games from scratch. As someone who is passionate about game design, and hopes to pursue it after Hampshire, he says he believes classes that offer hands-on, professional experience are the best way to get many games under your belt before you graduate, and “the best way to get somewhere in the industry.”

Data from a video-game research firm shows that mobile gaming on tablets and phones attracts more players worldwide than any other platform— 1.9 billion people this year — and is also the fastest-growing platform in the global games industry.

The highly interdisciplinary nature of the project — and the number of students involved — means the biggest challenge may be communication. “The strongest teams are the ones who can communicate and work together and are happy in their situation,” King says. “That doesn’t always happen, but it’s what you hope for.”

A team in a normal game-design studio might work together for more than 40 hours a week, he says, but this just isn’t possible in a college. King intends to take advantage of time outside of class, he says, “to get us together in some capacity.”

The students’ game will be released under King’s Woodpenny studio’s iOS development account, and the code will be released publicly under the Creative Commons License Agreement. All the source code and assets from the game will be available publicly on a portfolio website of the game. This is the same method of release the 2014 game design class used.

Of course the course has educational goals that are more important than the public release of the game. Adds King, “I hope every student will feel like they have a piece in it, that they own it." 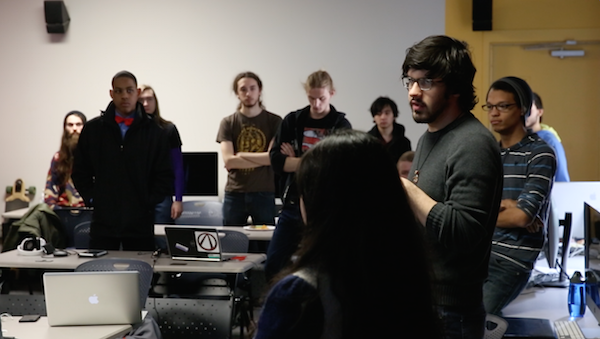 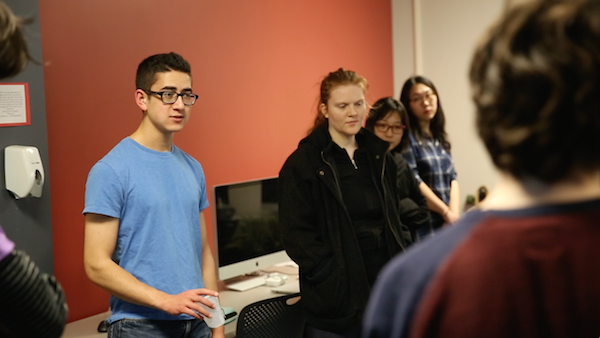 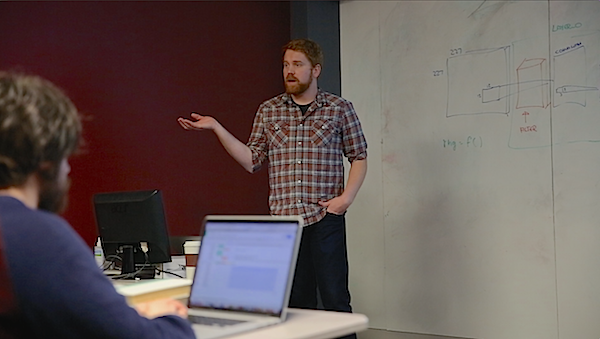 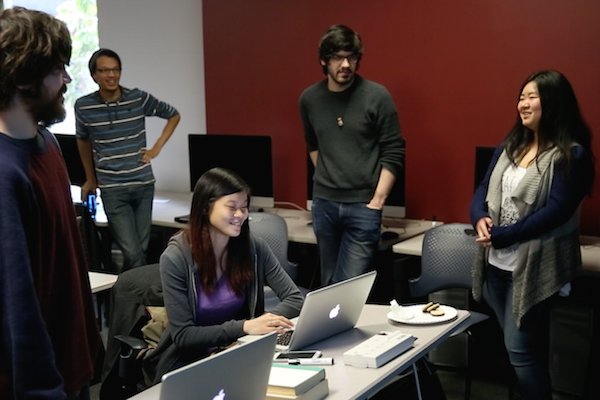 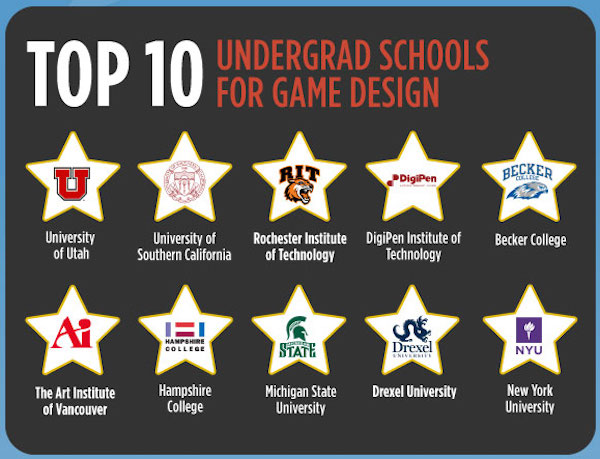