When Professors Christina Cianfrani and Sarah Hews were designing the Integrated Sciences First-Year Program, they had no idea a campus building under construction would provide the perfect vehicle for the program's research. Along with Professors Jason Tor and Seeta Sistla, they spent the past year guiding their first-year students through immersive research spanning mathematics, hydrology, ecology, and microbiology using the R.W. Kern Center as the object of study. This week, they will present their findings at the American Ecological Engineering Society Annual Meeting, June 6–9, in Tennessee.

The College’s first new building in three decades, the Kern Center was conceived with the goal of being one of only a dozen buildings worldwide to be certified under the most advanced green standard, the Living Building Challenge. It was designed to generate its own energy, harvest and treat its own water, and was constructed of mostly local materials, avoiding toxic "red list" chemicals.

“It struck us that the Kern Center could be an ideal system,” Cianfrani says. “It’s local, it focuses on sustainability, and it has a variety of systems to study. It also offers students the chance to explore the campus and get involved with the community.”

The program began in the fall as a tutorial for first-year students and continued through June. Whereas the four professors guided the fall semester, the spring course was shaped by students’ independent projects, through which they learned the staples of scientific research: writing proposals and abstracts and devising their own investigations.

Cianfriani calls it “quite the exception” for first-year undergrads to present their findings at a national science conference, and points out that the vast majority of presenters at the Knoxville conference will be college seniors or those pursuing advanced degrees. “It’s a small, very student-oriented conference. That’s a good fit for what we’re trying to accomplish, which is to expose students to what a professional conference is like,” she says. She and Hews will also talk about using the Kern Center as a way to get students excited about research.

“We drove home the point that science is collaborative,” Cianfrani says, “and that you have the freedom to try things out. We stressed that in science, everything doesn’t go right all the time, and you really don’t understand process until you fail.”

For her independent research project, student Aldyn Markle concentrated on gray water—that is, a building's wastewater not from a toilet. “Freshwater is becoming an increasingly scarce resource, yet one of the major sources of water, gray water, is being ignored,” she says. “One of the concerns with using gray water is its quality and the effectiveness of filtration. My project compares the effectiveness of filtration in two gray-water systems, displaying the benefits and issues within both.” She hopes to use the results from her study to develop a system for converting residential gray water into water fit for use in community gardens for urban agriculture.

Among other projects from the spring semester were:

·       A simulated prediction of the center’s heating, ventilating, and air-conditioning (HVAC)

·       A wetlands model that will stimulate water flow through the Kern Center’s wetland planters, modeling the effects of varying water input in the planters.

“We’re ultimately trying to find out how to make the Kern Center work most efficiently,” Cianfrani says. “By looking at these systems and playing around with them, can we figure out how to improve them?”

Professor Hews adds, “We hope this program drives innovation and contributes to our culture of experimentation. We’re at Hampshire because we want to rethink education. We have a responsibility to come up with ideas and test them.”

GALLERY: The students prepare their presentations in the College's new Collaborative Modeling Center. 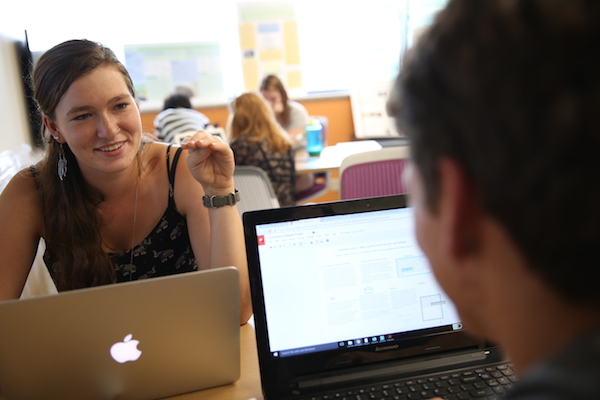 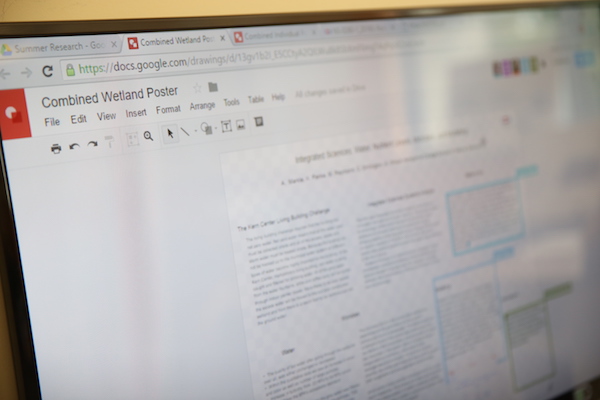 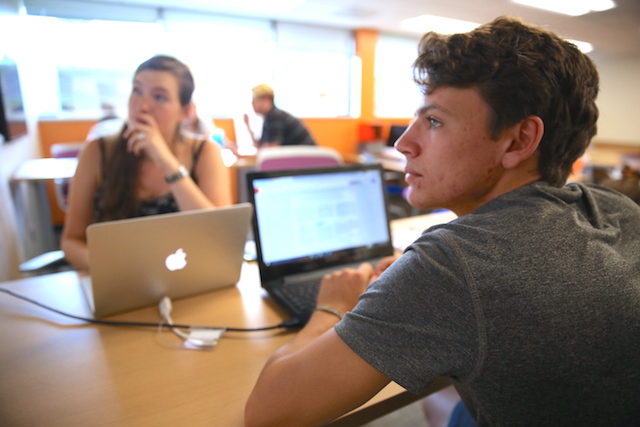 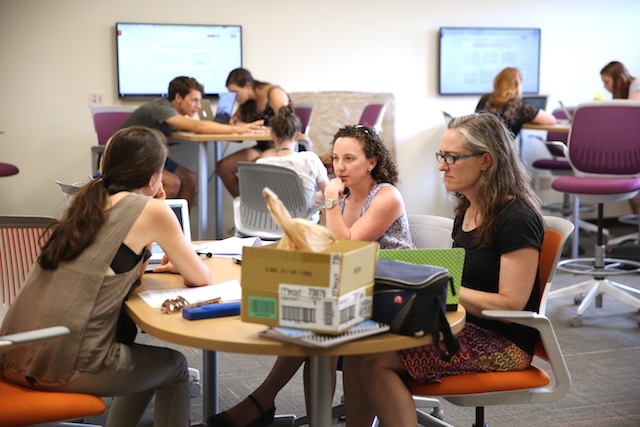