Class topics include global overpopulation, agriculture, and international relations, connected to themes of justice and equity

As the College has done through its history, this semester Hampshire is addressing environmental justice in a number of academic courses. Among class topics this term are global overpopulation, agriculture, and international relations, all connected with themes of justice and equity. At the dedication of the R.W. Kern Center and daylong symposium “What Buildings Should Do,” up to a thousand members of the Hampshire community together will continue this tradition in panels and workshops, exploring the impact of buildings and structures on health and well-being as seen from the standpoints of sustainability and social justice, energy and aesthetics, water and place.

As President Jonathan Lash wrote in a letter to the campus community, the event’s goal is not just for learning but also for influencing. “We want the event to be a tool for advocacy and a means of leverage around issues of environmentalism and environmental equality,” he said. “This is how a socially conscious college like ours can raise awareness and inspire sustainable, equitable building practices in our region and around the world.”

Here are examples of fall courses addressing these themes and the faculty teaching them:

·      Agriculture, Ecology, and Society, taught by Professor Brian Schultz, offers a comprehensive view of agriculture as a set of ecological systems and issues. A broad array of topics—such as pesticides and their alternatives, soil fertility and erosion, the role of animals, genetically modified crops, biofuels, global vs. local trade—will be discussed.

·      Beyond the Population Bomb: Rethinking Population and the Environment in an Era of Climate Change, taught by Director of Population and Development Programs Anne Hendrixson, views population control in the context of climate change. The class looks at reproductive-, environmental-, and climate-justice movements to find frameworks that take action on environmental issues as they fight for social justice.

·      China Rising: Reorienting the 21st Century, taught by Professor Kay Ann Johnson, examines the rapid economic, political, and social changes that have swept China in the last three decades and also explores its role as an economic power and energy consumer.

·      Exploring Amazonia: The Scientific Inquiry of a Region, taught by Professor Robin Sears, centers on Amazonia, a region that hosts the world’s largest contiguous tropical rain forest remaining on Earth. The class will co-create a collective knowledge map of environmental, social, political, cultural, and economic dimensions of this vast, multi-country region.

·      Global Justice: Rights, Reparations, and Peace, taught by Professor George Fourlas, explores advanced topics in the global-justice debate: war, human rights, and the demands of peace, with an eye on the implications for global politics.

·      Pollution and Our Environment, taught by Professor Dula Amarasiriwardena, takes a hard look at problems of environmental pollution from four major areas: the atmosphere, the hydrosphere, the biosphere, and the generation of energy. The environmental issues affecting our region, as well those in developing nations, will be under discussion.

·      Rivers of Life and Death, taught by Professor Sue Darlington, is critically examining several case studies of rivers to understand the cultural, environmental, economic, and identity conflicts that arise worldwide as people’s concepts of rivers collide.

·      Hampshire Professor of Peace and World Securities Michael Klare is teaching Global Resource Politics at Amherst College. The class will explore emerging problems in international peace and security, such as international terrorism and global competition for resources. Klare, the defense correspondent for the Nation, is a noted author and lecturer. 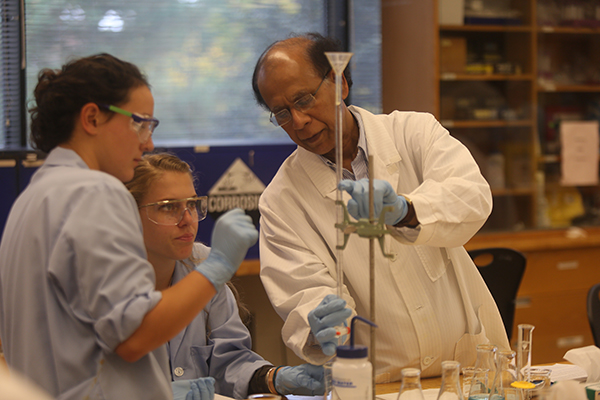 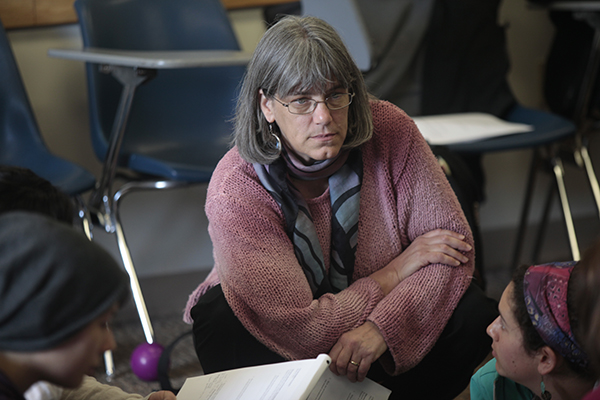