Burton Conducts Bee Research in China, and Learns The Language

By By Mike Medeiros

For Sawyer Burton, the decision to study in China in summer 2015 turned into a three-month research project at the Anhui Agricultural Institute (AAU) in Hefei, which is in the eastern part of the country.

“The original plan was to conduct research in China for a month,” says Burton 13F. “Little did I know that China would become central to my undergraduate studies.”

Burton says his interest in bees and agriculture led to some serendipity sparked by Professor of Entomology and Ecology Brian Schultz. Schultz connected him with Michael Fizdale 12F, and the three decided to travel to the agricultural institute to assist with one of Fizdale’s experiments on bees and pollination.

Once that research was completed, Hampshire Professor of Asian Studies Kay Johnson suggested Burton join the intensive Mandarin Chinese–language program at the institute. The program covers a year of study in only a few months. Burton decided to do it.

“Chinese is among the hardest language for native English speakers because there are virtually no similarities to English,” he says. “Combine that with an extremely advanced writing system and it’s too easy to psych yourself before you ever start.” After completing the program, Burton says he can now communicate in Chinese, in casual, formal, and academic settings, as well as read and write it.

But Burton realized he still wasn’t ready to leave China. Hampshire encourages students to do fieldwork away from campus, and the Global Education Office assisted him in finding a way to extend his time abroad. His studies in China have also been supported by a grant from Luce Initiative on Asian Studies and the Environment (LIASE), awarded through the College.

Working with Chinese PhD candidate Tengfei Shi, Burton is exploring publishing a scientific article on topics related to his research, likely on bee mRNA and the effects of pesticide exposure on these insects. “Our team has an optimistic goal of being able to collect all the data within the next six months,” Burton says, ”and my personal goal is to be published in a scientific journal by next year.”

He hopes to continue his research there after graduation. 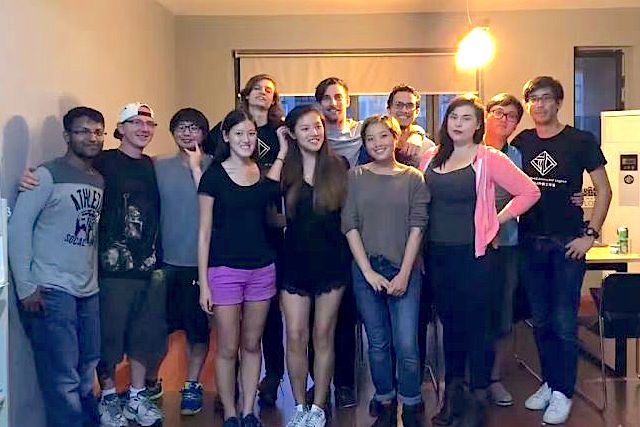