A new global analysis coauthored by Hampshire Professor Seeta Sistla and 50 scientists from around the world finds that warming temperatures will likely trigger the release of trillions more kilograms of carbon from the planet’s soils, largely from the world’s colder biomes. The impact of this projected soil-carbon release would be approximately equal to adding an industrialized country the size of the United States to the planet.

Critically, the researchers found that carbon losses will be greatest in the world’s colder places at high latitudes, areas that had not been considered in most previous research. Past studies had concentrated on the world’s temperate regions, so they missed the vast proportion of potential soil-carbon losses. In colder regions, massive stocks of carbon built up over thousands of years, and remained relatively secure until this point.

The Yale-led study, published in the journal Nature, finds that warming will drive the loss of at least 55 trillion kilograms of carbon from the soil by mid-century. The results are based on an analysis of raw data from dozens of studies conducted internationally over the past 20 years.

For Sistla, assistant professor of ecosystem ecology, the study highlights the urgency to control carbon emissions now. “As a global society, we need to recognize that the cycling of carbon through the biosphere is responding to climate change in ways that can significantly add to the carbon emissions people create through our industrial activities,” she says.

The study’s lead author is Thomas Crowther, who conducted his research while a postdoctoral fellow at the Yale School of Forestry & Environmental Studies and at the Netherlands Institute of Ecology. Crowther collaborated with Sistla and researchers from more than 30 other institutions.

Sistla is also part of a group of Five College scientists who recently received two grants totaling about $2.5 million from the U.S. Department of Energy (DOE) to advance understanding of the role of soil microbes in feeding carbon into the atmosphere and thus contributing to global warming.

Microbiologist Kristen DeAngelis, who teaches at UMass Amherst, is leading the team. The grants will fund research by investigators from Hampshire, the University of New Hampshire, the Marine Biological Laboratory, the Argonne National Lab, and the Illinois Institute of Technology.

According to a news release from UMass Amherst, soils are the largest repository of organic carbon in the terrestrial biosphere and represent an important source of carbon dioxide (CO2) to the atmosphere. Soils perform an important ecosystem service by storing carbon and preventing its release as greenhouse gases. The results of this research could lead to new ideas for curbing the effects of climate change, such as by improving the ability of soil to store carbon.

Sistla is part of the team funded on a three-year, $1.9 million study from the DOE Genomic Sciences program whose aim is to characterize microbial feedbacks to climate in a warming world. The project’s overarching goal is to investigate microbial control over soil-carbon dynamics using genomics and other modeling approaches.

The grant funds studies at plots at Harvard Forest, a research station in Petersham, Mass. The work will take advantage of long-term experiments already in place at the forest, where heating coils similar to those used to keep football and soccer fields from freezing are buried about 4 inches (10 cm) deep in several plots. They keep the soil surface exactly five degrees Celsius warmer than the ambient temperature, creating an outdoor laboratory of artificial climate change. Some of the warming experiments have been maintained for 25 years, and the results suggest that long-term trends are not linear.

This award includes the study of a culture collection at UMass Amherst of more than 500 bacterial isolates from the warming study, representing eight phyla and 32 classes of diversity.

Link to paper in Nature 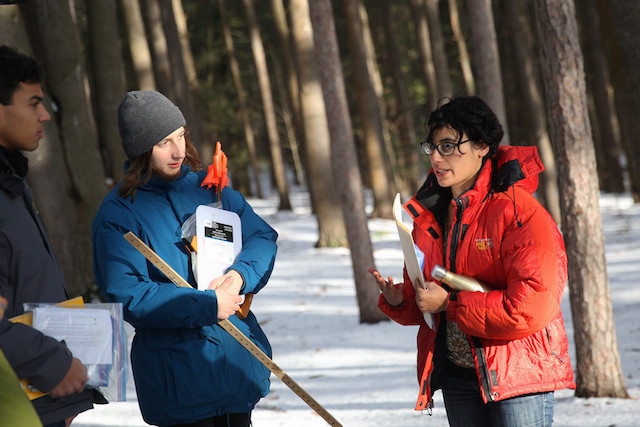 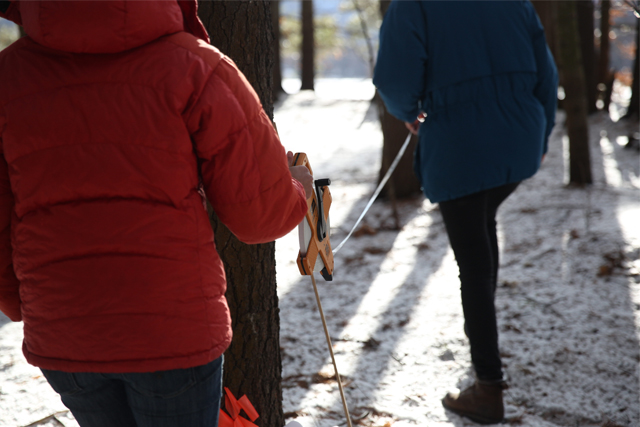 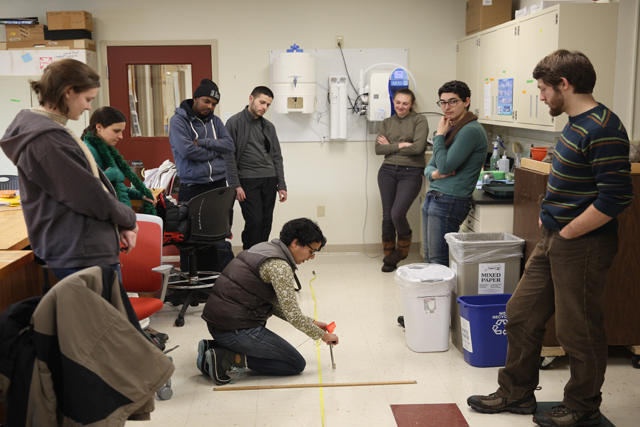