Taylor, who teaches African American studies at Princeton, is an organizer of the International Women’s Strike and author of From #BlackLivesMatter to Black Liberation

A leading organizer and scholar on Black politics and racial inequality, Keeanga-Yamahtta Taylor will deliver the keynote at Hampshire’s Commencement May 20. She was nominated to be speaker by Hampshire’s 2017 graduates. Taylor, who teaches African American studies at Princeton University, is one of the organizers of today's International Women’s Strike on International Women’s Day. The worldwide day of action was planned by women in more than 50 countries, including in the US as A Day Without a Woman, as a way for women to resist the conditions behind decades-long economic inequality, racial and sexual violence, and imperial wars abroad.

Keeanga-Yamahtta Taylor is the author of the critically acclaimed book From #BlackLivesMatter to Black Liberation, published last year by Haymarket Books and called essential reading by The Nation and the Los Angeles Review of Books. In it, Taylor examines the history and politics of Black America, racism, inequality, and the development of the Black Lives Matter movement in response to police violence in the United States.

“The text chronicles a portion of history we rarely ever see, while also bringing together data and deep primary source research in a way that lucidly explains the origins of the current moment," writes the Los Angeles Review of Books. "Taylor’s vision of solidarity may be a feasible way forward, especially in a season in which Black activists are fighting a presidential candidate who embodies the evils of racism, capitalism, and militarism, the traits that [Martin Luther] King called the United States’s interrelated flaws; flaws that both King and Taylor argue are ‘rooted deeply in the whole structure of our society.’”

The Guardian calls Taylor “the rare academic writer whose sense of humor is as sharp as her scholarship. She’s written a sweeping yet concise history not just of the Black Lives Matter movement, but of the past seven years under the first black president and of how the 20th century led to our current state of woke uprising.” The reviewer adds that Taylor's book is “full of gems of historical insight.”

In 2016, the author received the Lannan Foundation’s Cultural Freedom Award for an Especially Notable Book.

Taylor’s writing has been published in Souls: A Critical Journal of Black Politics, Culture and Society, The Guardian, Los Angeles Times, Boston Review, The New Republic, AlJazeera America, Jacobin, In These Times, New Politics, and the The International Socialist Review.

Taylor’s research lies broadly in the fields of race and public policy, Black politics and racial inequality in the United States including housing policies. She is currently writing a book titled Race for Profit: Black Housing and the Urban Crisis in the 1970s, under contract with the University of North Carolina Press in its Justice, Power and Politics series. Here Taylor looks at the federal government's turn to market-based solutions in its low-income-housing programs in the 1970s and the role of private sector forces, typically hidden in public policy making during the “urban crisis” of the 1970s.

Taylor’s research has been supported, in part, by a multiyear Northwestern University Presidential Fellowship, the Ford Foundation, and the Lannan Foundation. She was the Chancellor’s Postdoctoral Research Associate in the Department of African American Studies at the University of Illinois at Urbana-Champaign in 2013-14.

Taylor earned her doctorate in African American studies from Northwestern University in 2013.

Interview in The Nation, March 2017 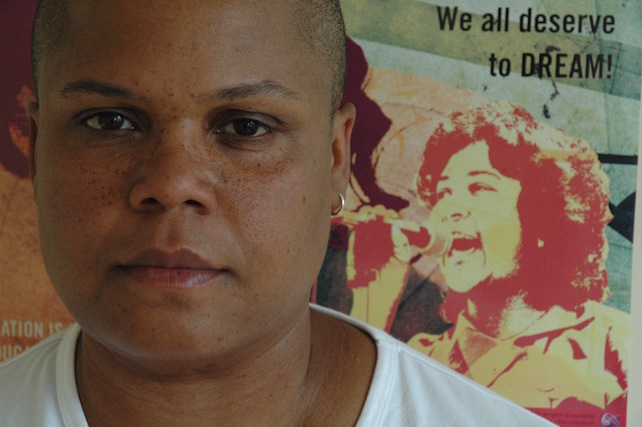 May 22, 2019: Letter on Presidential Search from Board Chair Luis Hernandez
Chair Hernandez announces the Board has formed a Presidential Search Committee with the goal of naming a new president this summer
Read Article
A Letter from Past Presidents in Support of Hampshire
"All students can and should be partners in defining the essential questions they wish to explore. This remains the approach most likely to create transformational outcomes."
Read Article
Letter from Ken Rosenthal, Interim President: May 8, 2019
Update on Commencement events, accreditation, and fundraising - including a save the date for the #Div4ward giving challenge
Read Article
Stay In Touch
With The Communications Office
Snail Mail
Office of Communications
Hampshire College
893 West Street
Amherst, MA 01002
Phone + Email
413.559.5482
Fax: 413.559.5720
communications@hampshire.edu