Hampshire’s Seed Fund for Innovation has opened a new round of entrepreneurial grant funding, and students and young alums have until April 10 to submit their proposals.

The Seed Fund, a $1 million investment fund helmed by Hampshire undergrads, supports innovative entrepreneurial start-ups through a two-tier system. Students initially apply for an $8,000 or less Tier 1 grant, of which up to five will be awarded in 2017. A year later, if the committee considers awardees’ work worthy of additional support, a larger, Tier 2 investment can be allocated. Current students and alums who have graduated within the last five years are eligible to apply for funding.

In the past year, the Seed Fund team has revamped its procedure based on lessons learned since the fund was established, by Michael Vlock 75F, in 2013. Although Vlock stipulated that all decisions must be made by students, the team realized that greater consultation with experienced entrepreneurs was helpful in the decision-making process. They established the two-tier funding system as a way to keep track of how allocations were being used, and also offered mentorship and business advice for the grantees as they got their start-ups off the ground. This approach, says Entrepreneurship Program Coordinator Bret Golann 71F, enables new entrepreneurs to experiment, having support structures in place, as they gain firsthand business knowledge.

“Our question is not ‘Is everything perfect?’ but instead ‘What have you learned?’” says Golann, who next year will lead a new student-requested course on how to launch a company. “The donor’s interest is in education for the student or recent alum,” he says. “It’s not about how many big successes we have in the first year or two. The whole goal here is to learn, to get students thinking about entrepreneurship in a practical way.”

That learning process begins with the applications. During deliberations for the Tier 1 funding, says Seed Fund team member Nirman Dave, “we investigate their basic business ideas, look at their budgets and models, and discuss possibilities for finding markets for proposed products and connecting them with the people who can give advice.” And then, after the hours-long interviews and the similarly intense discussions and final decision-making, they get to the good part: handing out the cash.

“It’s exciting because we’re giving them real money,” says Seed Fund team member Sree Mudunuri. “It’s not poker chips. If someone has an idea for a product, this funding can get it into the working phase.”

As part of the competitive application process, the SFI awards funding only to applications that are consistent with Hampshire’s Policy on Environmental, Social, and Governance Investing. Under this policy, the College seeks to invest in entities that have prospects for sustainable growth and profitability and conform to socially responsible characteristics.

Two of last year’s grantees, David Pearl and Luke Richardson, plan to apply for the second, more substantial funding tier this spring. Pearl and his partner, Mount Holyoke College undergrad Ishanee Rudra, used their $8,000 to advance work on Bystand, designed to provide easily understandable advice for people in an emergency situation and help them find rapid first-aid assistance if needed.

“Through the grant, we were able to prototype the app, speak with doctors and emergency department heads, talk to a lawyer, and take an EMT course, among other things,” says Pearl. “Because of that, our approach has changed so much. And we’ve learned just how much money and time it takes to develop an app.”

Richardson was a member of the student-led Entrepreneurship Task Force that initially got the Seed Fund started, back in 2013, and he says he appreciates the way the current team has thought through administrative changes to build on the experiences he and the other founding members and funding recipients had. Last year, he and four other students applied for funding for Agrigatr, a monitoring system that detects disease and predicts breeding cycles in livestock through their consumption of water.

“Without the Seed Fund grant, we might not still be in existence,” says Richardson. “Now, we’re getting on farms as we speak, and we’ll continue to do beta testing as long as it’s possible and get the system to the point where we can start selling it. The grant has supported us through the process, and gave us the opportunity to show what we could do.” 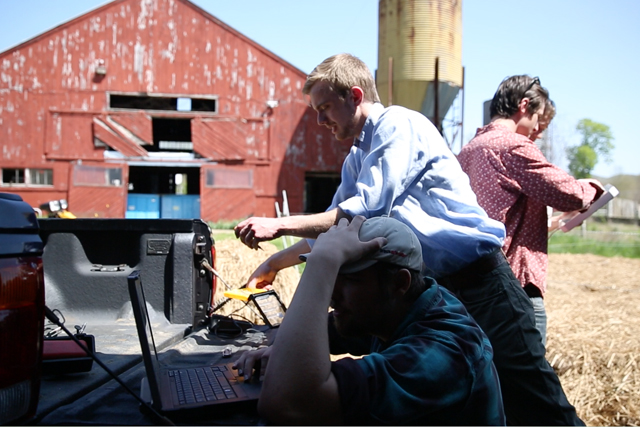 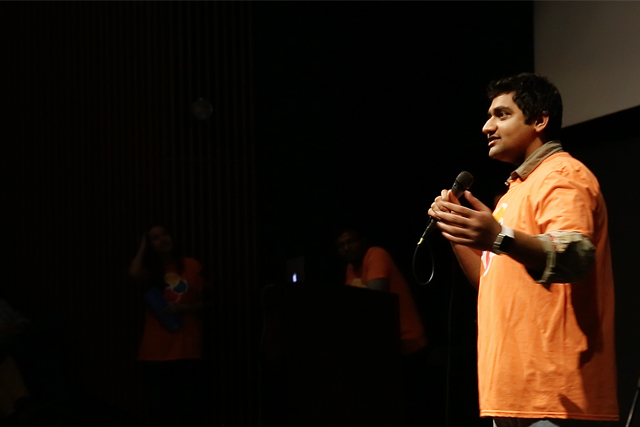