Bystand, a phone app co-designed by a Hampshire College undergrad to relay basic health information and help victims in underserved areas find emergency responders, traces its genesis to a semester in Jordan, where David Pearl learned of the medical inadequacies at the Za’atari refugee camp.

More than 80,000 Syrians have fled to the Jordanian camp since 2012 to escape the violence of the ongoing conflict tin their country. Pearl was in Jordan’s capital in fall 2015 as part of a community-development and health program facilitated by Hampshire’s Global Education Office, and researching the camp, located about 50 miles from Amman, was part of his work there.

“I interviewed stakeholders in public-health issues from the camp, mostly related to emergency care, and also many refugees,” says Pearl.

He was told in many of the talks with emergency responders that they could reach anyone in the camp, which covers about two square miles, within roughly seven minutes. Refugees, however, often said that it would take far longer, and that sometimes no help came at all.

“People were dying for ridiculous reasons,” Pearl says. “It’s a vulnerable population with no access to clear, reliable emergency care. How do you fix that? There’s not just one issue and you fix it and it’s done. You need to approach it in all its phases.”

After returning from Jordan, he and his partner, Mount Holyoke College undergrad Ishanee Rudra, tried to develop answers. Pearl and Rudra, who is double-majoring in math and economics, created an initial app iteration. They wanted to use a minimal amount of words — making Bystand easily translatable — and focus on iconography that anyone could understand.

“The idea,” says Pearl, “was to build a first-aid app that was more empathic than others we had seen. We downloaded every free first-aid app we could find, and all of them seemed as though they would be difficult to use in an emergency.”

The partners were encouraged when they won first place in the “health hack” portion of the spring 2016 HampHack hackathon competition.

“It was the first time we saw that this was able to be a real, tangible thing,” says Pearl, who studies public health, business, and anthropology. The HampHack prize was a six-month residency at TechSpring, Baystate Hospital’s technology innovation center in Springfield. The center was created to provide technology companies access to a working healthcare environment to test new health solutions and brainstorm with healthcare professionals, and Pearl says the experience there was invaluable. In addition to that prize, he and Rudra earned an $8,000 grant from Hampshire’s Seed Fund for Innovation, which provides current students and young alums financial support and mentorship through a $1 million gift managed entirely by Hampshire undergrads. Through these funding sources, the two were able to spend the past year honing their idea.

Now, in addition to providing basic first-aid information, the app has evolved to become a means of finding trained emergency providers in locations where official emergency services might take too long to arrive on the scene.

“People seem to like the concept, and this summer we’ll be working with Valley Venture Mentors, where we hope to be able to figure out a business model,” he says.

Pearl says much work remains to test and develop the app. One initial test was done at Mount Holyoke College, simulating an emergency and calling on student participants who showed, he said, that the localized response Bystand is designed to encourage can be effective.

While developing Bystand, he has also been working on a medical-emergency “chat bot” called Emergentee as his Division III final project, in his fourth and final year at Hampshire, toward earning his bachelor’s degree. He recruited two faculty to serve as his Div III advisers: Assistant Professor of Social Entrepreneurship Daniel Ross and Professor of Public Health Elizabeth Conlisk.

He will continue research and development this summer through a partnership with Valley Venture Mentors — a nonprofit that advises start-ups in western Massachusetts — and interning at Communicate Health, a health-literacy consulting firm based in Northampton.

“Health is where I’m driven,” Pearl says. “Maybe I won’t be a doctor or a pharmacist, but I want to find ways to help people. I hope this app will help me open some doors that enable me to do so.” 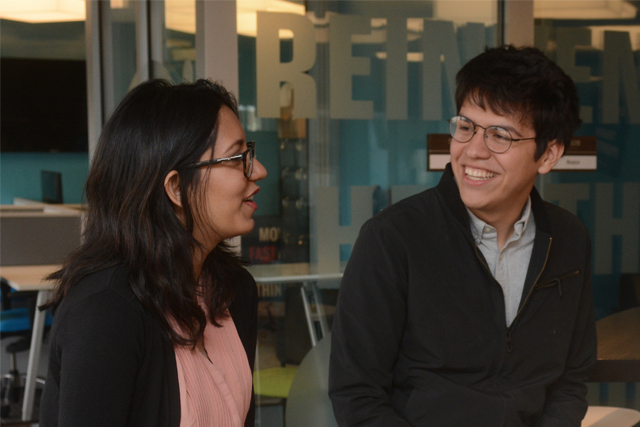 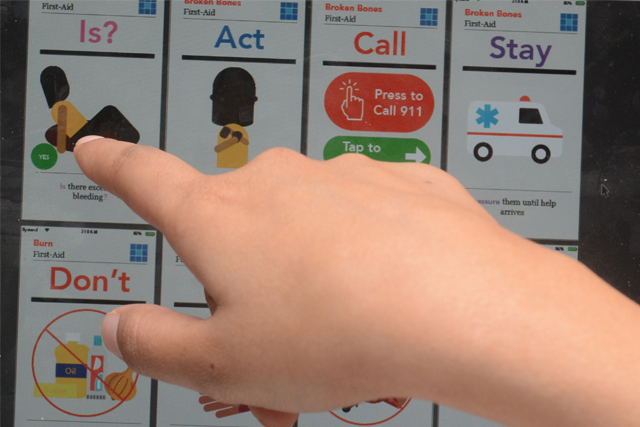 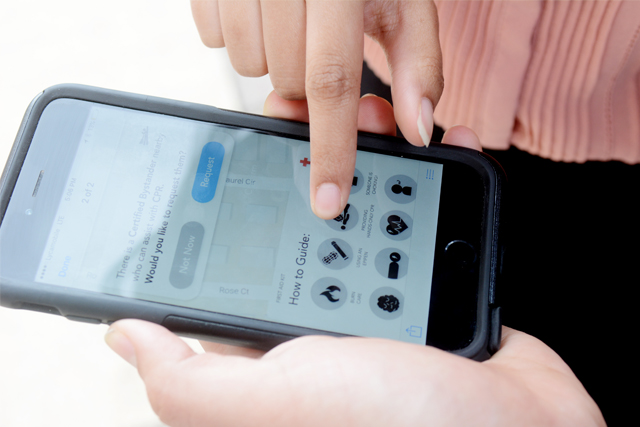