Karen Koehler will conduct summer research in Washington, D.C., on the architect Walter Gropius, founder of the Bauhaus School of Art

This summer, Hampshire College Professor of Architectural and Art History Karen Koehler will conduct research for her book on Walter Gropius as a Paul Mellon Visiting Senior Fellow at the National Gallery of Art’s Center for Advanced Study in the Visual Arts. Gropius, the founder of the Bauhaus art school, in Germany, was a major influence on early- and mid-20th-century modernist culture.

While in Washington, Koehler will research the Walter and Ise Gropius Papers in the Archives of American Art, a collection of analog photographic slides and recorded interviews that feature Gropius, as well as the papers of Gropius’s student and biographer Reginald Isaacs. She also hopes to find materials in the Office of War Information in the National Archives that will provide background on an earlier research discovery, an Office of War radio broadcast transcript of 1944, in which Gropius participated, that was intended to reach retreating German soldiers during World War II.

Equally significant, says Koehler, is the opportunity to pursue this research at the Center for Advanced Study in the Visual Arts, where she expects to access diverse methodologies and points of view, critically important to the focus of this project, as she conducts close readings of buildings, objects, and texts.

“The goal with the project is to put Gropius into an intellectual context,” explains Koehler. “His more influential work, in some cases, has been in his writing and his career as an educator and public intellectual rather than in his buildings.” Koehler explains there was a paradigm shift in critical theory during the time Gropius was designing, writing, and building, and nobody has really taken time to look at his projects as intellectually robust materials and put them in dialogue with contemporaries, such as Hannah Arendt and Walter Benjamin.

Her project, titled Walter Gropius from Exile to Occupation, says Koehler, “considers his architecture, designs, and theoretical texts in dialogue in contemporaneous writers, philosophers, and artists” and addresses “Gropius’s shifting dreams for the socially engaged architect.” Gropius left Germany in 1934, as Hitler was beginning his ascent, and eventually settled in the United States, where he taught at the Harvard Graduate School for Design and founded the influential architectural firm The Architects’ Collaborative.

Professor Koehler teaches courses in modern and contemporary art, architecture, photography, and design, with an emphasis on connections among the built environment, visual culture, and critical theory. Her research on Gropius, she says, has influenced several classes, such as Angels and Ghosts, in which she linked critical theory to Bauhaus artists, and Reconstructing Modernity: Art, Architecture, War, Trauma, which explored the rebuilding of Berlin and the rest of Europe after World War II and how artists and experimental theorists responded to the war in the context of art history.

“There are a lot of aspects of the Bauhaus you can find at Hampshire, such as experimental thinking, doing away with conventional ideas about education, close relationships between students and faculty, so many things,” says Koehler. “There’s something very harmonic about being at Hampshire and working on this project.”

In addition to her edited volume, The Built Surface: Architecture and the Pictorial Arts, and her exhibition catalogue Bauhaus Modern, Koehler has published widely on dialogues between architecture and pictures, with a specialization on the Bauhaus, including recent catalogue essays for the Prada Foundation in Milan and the Gallery of New South Wales. She has received grants from the National Endowment for the Humanities and the Mellon and Kress Foundations. She hopes to publish Walter Gropius from Exile to Occupation by spring 2019, to coincide with the Bauhaus’s 100th anniversary. 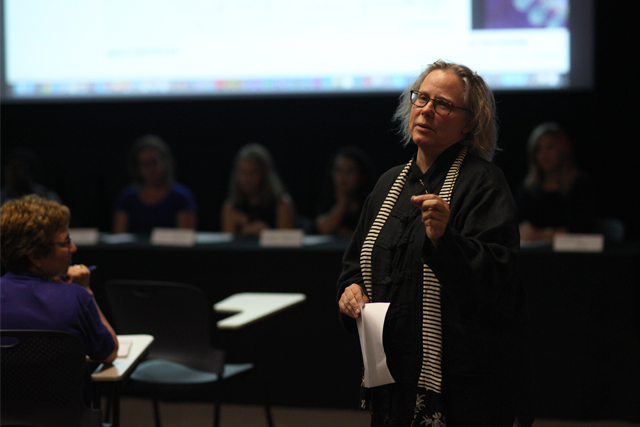 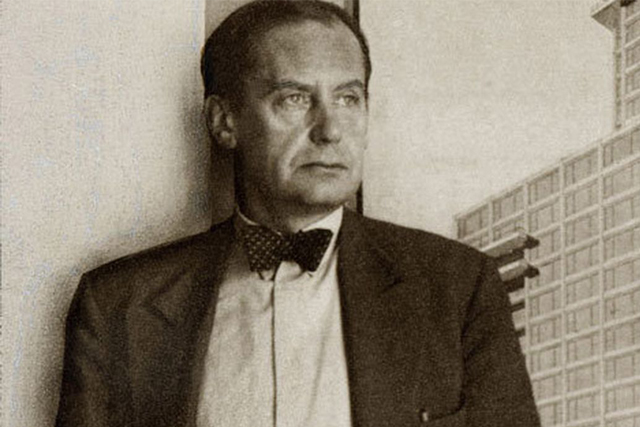 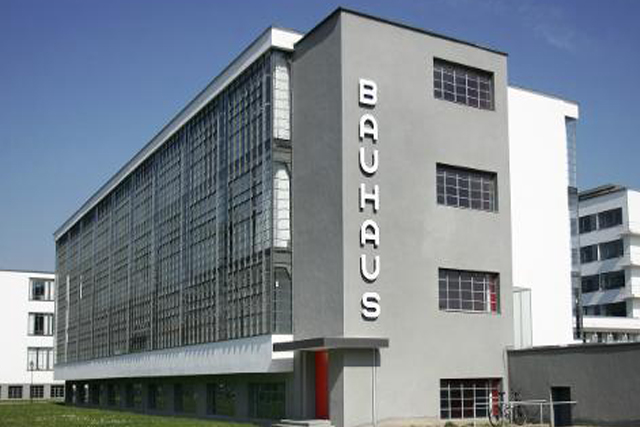