A robot that monitors Antarctic ice rifts, a brain-controlled video game, and an automatic stock-trading algorithm were among the projects pushing the boundaries of technology, art, design, and fabrication at the College’s second-annual HampHack, which took place April 14 and 15.

Most hackathons center on technology alone, but HampHack embraces Hampshire’s interdisciplinary ethics to bring together student teammates from a host of backgrounds. More than 500 participant applications were submitted, and hackers came from schools throughout the Northeast to take part in an event that cofounder Nirman Dave says “gives their unique idea an escape velocity into reality.”

“We took our product from a pipe dream to the beginnings of a functioning product in twenty-four hours,” says Hampshire’s Grace Montgomery, who created Renew with Tufts student Ben Janis. “We learned a lot of Android app development, as we had very little experience with the program. And as one of us studies creative writing and theater and the other studies comp sci and economics, it was interesting to see what we were able to accomplish together.”

To see photos and learn more about this year’s winners and prizes, visit https://hamp-hack-2017.devpost.com.

All photos by Gabe Beresin 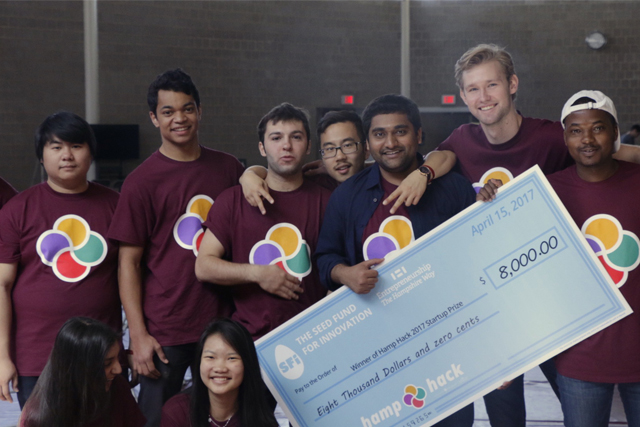 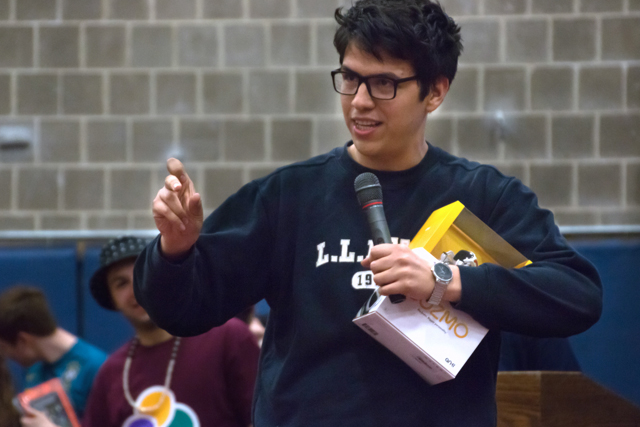 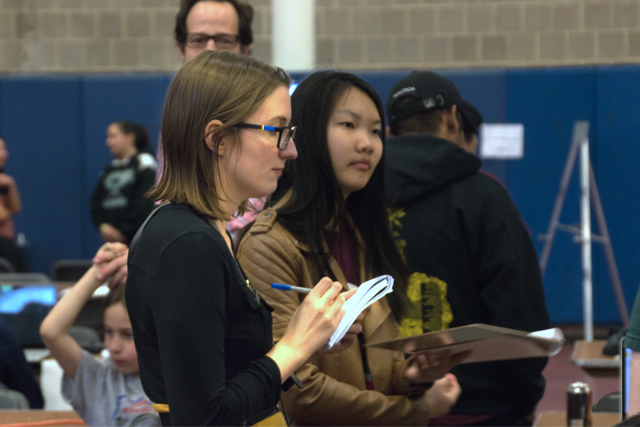 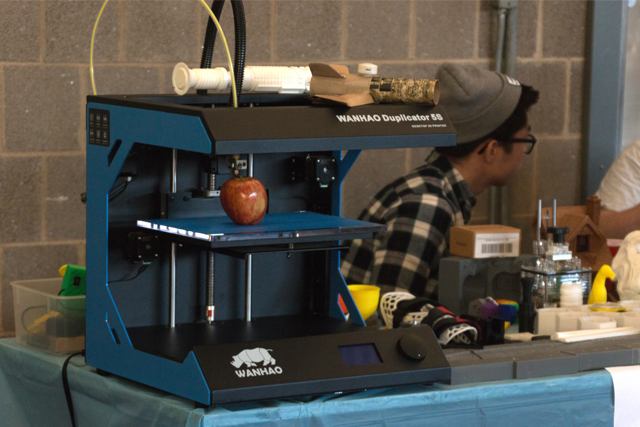 Exhibition by Senegalese Graffiti Artists Opens October 15, 2021
Artist residency at Hampshire College and the Five Colleges with MadZoo TRK and Mow 504 of the RBS Crew to culminate with showing of new works.
Read Article
EMT and Artist Andrew Sapini 17F’s Div III Art Show Focused on the History of the Emergency Medical Service
Recent graduate Andrew Sapini, who is currently completing nursing school, created an art show focused on the history of the Emergency Medical Service for their Div III.
Read Article
Brooke Huguley 17F Examines How Reproductive Justice and Embodied Movement Can Heal Trauma
During a field study in Ghana, Huguley performed doula work at a small rural hospital. This experience became a catalyst for her research on birth inequities and how to disrupt them.
Read Article
Stay In Touch
With The Communications Office
Snail Mail
Office of Communications
Hampshire College
893 West Street
Amherst, MA 01002
Phone + Email
413.559.6062
communications@hampshire.edu