Div III Profile- Grusha Prasad on the Cognition of "They"

Using Hampshire’s ERP brain-imaging lab, Prasad measured how participants responded to the use of  “they” as a singular pronoun

Grusha Prasad’s Division III project — a study of how the brain processes the pronoun they when it expects he or she — has helped to earn her a place in the prestigious cognitive science PhD program at Johns Hopkins University.

Prasad used neuroscience technology in Hampshire’s brain-imaging lab to study how people process they as a singular pronoun. They is increasingly used to allow individuals to move beyond traditional gender references.

For her study, Prasad asked, “Since they is usually used in plural contexts, does a person have to use additional brain processing when encountering it in a singular context?”

She wanted to know if it was possible to detect this processing effort, if there is any. She used Hampshire’s Events Related Potential (ERP) lab, in which students can conduct neuroscience research by recording small voltages in the brain that are generated in response to specific stimuli. Prasad was as an ERP lab manager, and had been doing work there since her first year at the College. Her project concentrated on a specific pattern of brain activity that is associated with “syntactic unexpectedness” (called the P600) as a measure of processing effort.

The 48 participants in the study listened to 2,400 sentences over the course of two, three-hour ERP sessions.

Concluded Prasad, “It seems like they is unexpected in those singular-pronoun contexts” — this even for participants from Hampshire and the Five Colleges, who are accustomed to hearing gender-neutral pronouns.

Her research was funded in part by several grants from Hampshire's Culture, Brain, and Development program.

Prasad became interested in research during her first semester at Hampshire while in Associate Professor of Cognitive Science Joanna Morris’s Language Acquisition course. It’s no surprise, then, that Morris served on Prasad’s Div III faculty committee.

“Grusha’s study asks questions of theoretical interest to linguists while also addressing social issues,” says Morris. “It’s a good example of how Grusha learned to use the scientific process to gather evidence.”

Prasad worked through the raw data with Morris and her Div III chair, Professor of Psychology Neil Stillings, bringing intense discussion among the three of them over interpretation of the data.

“It’s a very good example of using academic and research training to go after an issue that’s both a current social policy issue and also great, advanced work,” says Stillings.

Prasad expects that the data gathered at Hampshire, and the scientific training she received here, will play an important role in her PhD studies at Johns Hopkins.

“There are a lot of follow-up studies I can think of,” she says. 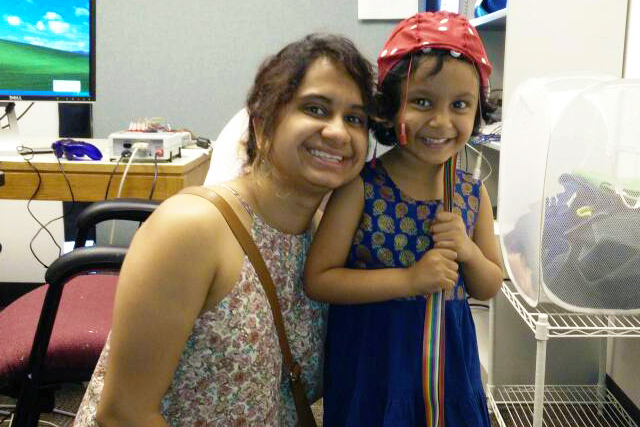 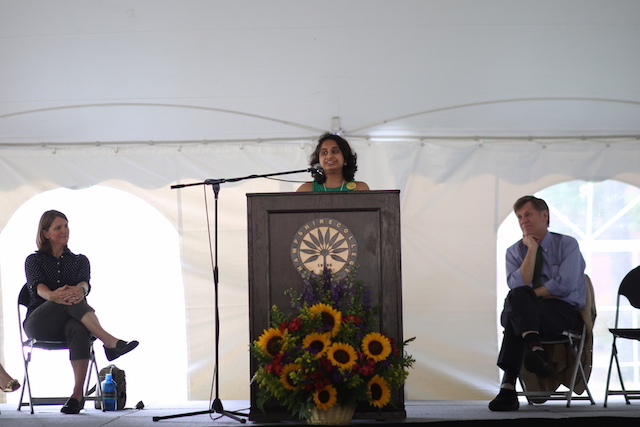 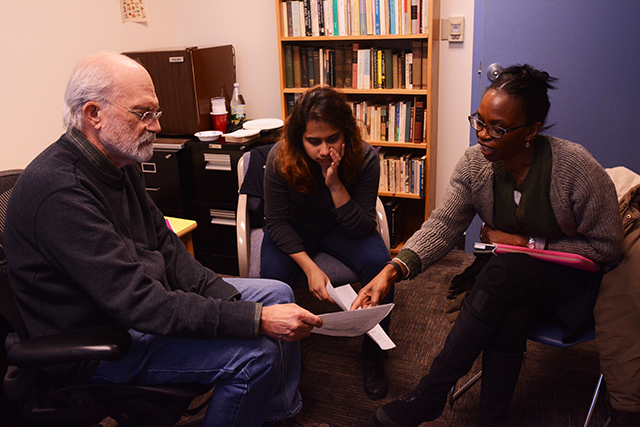 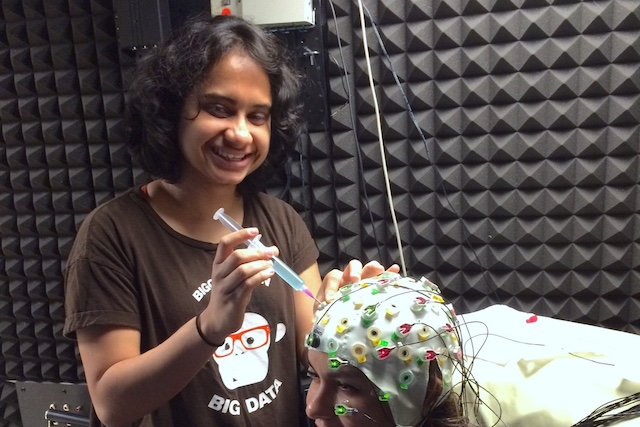 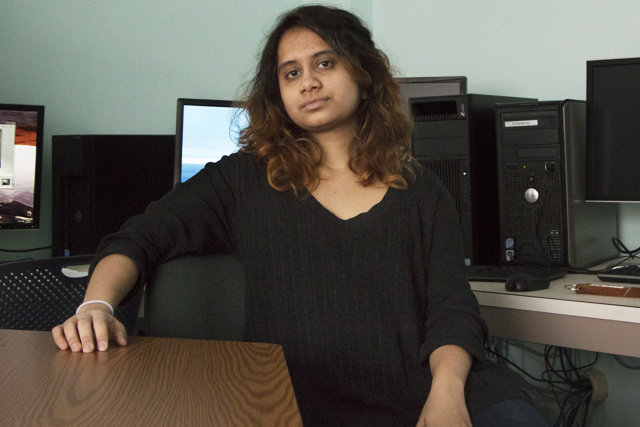