Rauch's research could help people suffering from an array of conditions, including inflammation and severe nerve injury

Julia Rauch’s inspiration for her Division III project came under unique circumstances: on a train, in the middle of Austria, watching Captain America. “I was thinking ‘What can I do that incorporates pain and connective tissue disorders with neuroscience?’ and it just came to me,” she says. “I decided I was going to look at the inflammatory molecules released when a nerve is injured.”

Rauch studied histamine, a molecule released when an injury or allergic reaction occurs. Her question at the beginning was simply How does histamine affect how a nerve regenerates after it is injured? Working in the labs at Hampshire, Rauch used injured rat limbs to conduct her research. She found that histamine contributes to scar-tissue buildup on a recovering nerve, which can ultimately block the nerve from regenerating and result in a nonfunctional muscle.

She suggests developing drugs that can help decrease the buildup of scar tissue. “There’s a whole class of antihistamines that work on different histamine receptors, specifically blocking them from working in a lot of situations,” she says. “Drugs similar to antihistamines could be developed to help decrease the scar-tissue buildup and increase recovery and regeneration potential.”

Rauch says her research is promising and cites additional findings, such as histamine’s role in increasing production of laminin, a structural protein that aids nerve growth, that need to be explored further.

Among those who could benefit from her research are people with crushing nerve injuries from car accidents, military service, or factory work. “My real inspiration for this project is to help people,” she says. “The great thing about this research is that it will help people in pain, people with nerve injuries, and people with inflammatory disorders. There are broad implications.”

Professors Cynthia Gill (chair) and John Castorino formed Rauch’s committee. Their support was crucial in helping her navigate her way through intensive lab work and research for the first time, she says.

“Both of them taught me that anything is possible — at other undergraduate institutions, people in their fourth year are just getting introduced to the techniques that I’ve been using since my second,” she says. “I’m doing my own research, with my own ideas, and really contributing scientific substance to the world. I learned to seek out my own answers and my own types of methods. I really feel like I can go out into the world right now and be a lab tech and not have any issues with it.”

Rauch is currently submitting two papers from her 86-page thesis to scientific journals and applying for a Fulbright scholarship to continue her research. She hopes to use the funds to collaborate with labs in Germany.

Having served as on-campus EMT, Rauch hopes to work in a hospital emergency room as a technologist for two years in order to gain experience before applying to med school. “I really want to work in a field that requires a lot of critical thinking and adrenaline,” she says. “I want the difficult cases.” 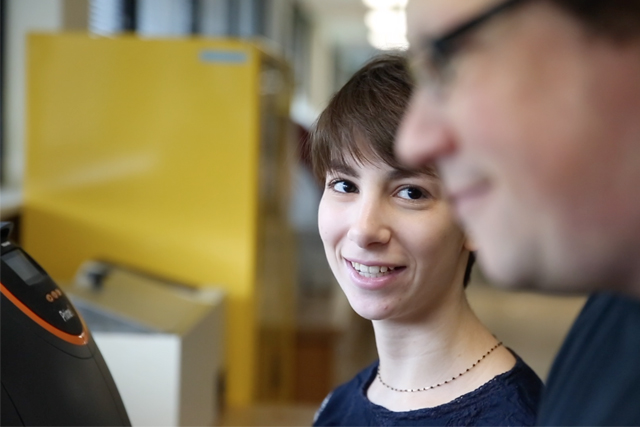 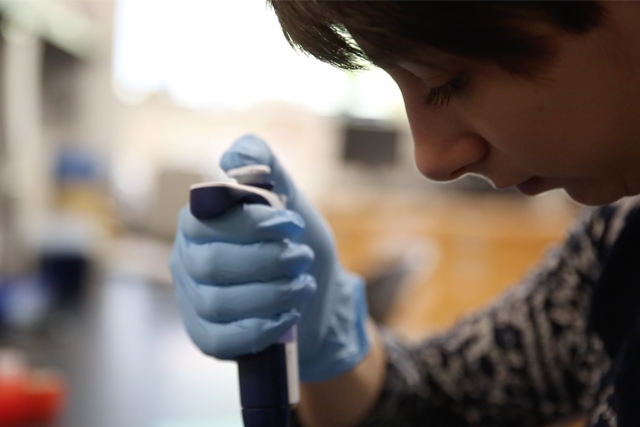 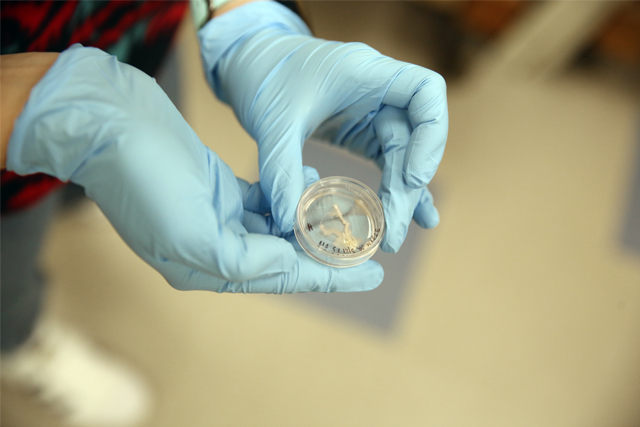 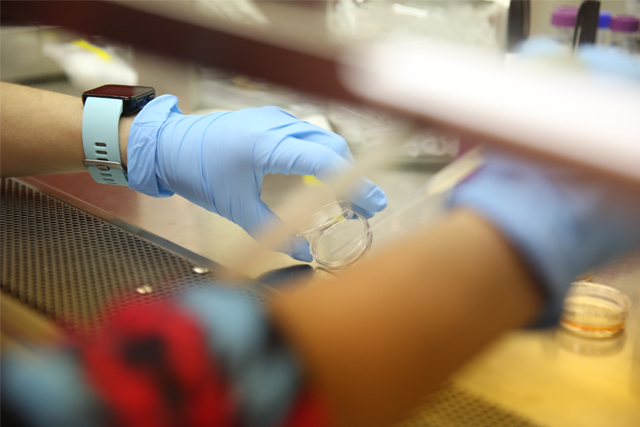 New Graduate’s Div III Uses Her Own Poetry to Address the Western Literary Canon
Capstone Project Weaves Together Language, History, Writing, and Critical Perspectives
Read Article
A Director of Photography Reflects on How Hampshire Primed Him for Success
Alum cinematographer receives one of the highest honors in Hollywood
Read Article
Seeking Justice for the Disenfranchised
A Hampshire alum links her work as a civil rights lawyer to her studies in storytelling
Read Article
Stay In Touch
With The Communications Office
Snail Mail
Office of Communications
Hampshire College
893 West Street
Amherst, MA 01002
Phone + Email
413.559.6062
communications@hampshire.edu