The annual Eqbal Ahmad Lecture honors the teaching, scholarship, and activism of the longtime Hampshire College professor, who died in 1999

Hampshire College will mark the 20th anniversary of the Eqbal Ahmad Symposium with activist panels and lectures on the topics of immigration, incarceration, and state power. The events are free and open to the public.

On Thursday, November 9, at 4 p.m. in the Robert Crown Center, Enemies of the State: Immigration Control, Mass Incarceration, and the Fight Back features lectures by UCLA Professor Kelly Lytle Hernández and grassroots organizer Fahd Ahmed.
Hernández is a professor of history and African American studies as well as director of the Ralph J. Bunche Center for African American Studies at UCLA. She is the research lead for Million Dollar Hoods, which maps how much is spent on incarceration per neighborhood in Los Angeles County. She is also the author of the award-winning Migra! A History of the U.S. Border Patrol (University of California Press, 2010). Her most recent book is City of Inmates: Conquest, Rebellion, and the Rise of Human Caging in Los Angeles (University of North Carolina Press, 2017).
Ahmed has for 17 years been a grassroots organizer on the issues of racial profiling, immigrant justice, police accountability, national security, and educational justice. He is the executive director of DRUM — Desis Rising Up and Moving of New York City (http://www.drumnyc.org), where he has served in various capacities since 2000. DRUM has built and mobilized thousands of low-income South Asian immigrants to lead social and policy change on issues such as immigrant rights, education reform, civil rights, and worker justice, policies that have an impact on their own lives.
On Friday, November 10, from 10 a.m. to noon, continuing the conversation, the College will host an activist panel entitled Resisting State Power and State Violence: Defending Our Communities and Our Lives. The event will take place in Franklin Patterson Hall’s Main Lecture Hall.
The Eqbal Committee has invited to the panel Maria Fernanda Cabello, from Movimiento Cosecha (a movement of undocumented immigrant youths that propelled the recent protests in defense of DACA in Washington, D.C.); Carl Lipscomb, from BAJI (Black Alliance for Just Immigration), in New York City; and Diana Sierra, of the Pioneer Valley Workers Center, in Northampton, Mass.
The annual Eqbal Ahmad Lecture honors the teaching, scholarship, and activism of the longtime Hampshire College professor, who died in 1999. Professor Ahmad was described by the scholar Edward Said as “perhaps the shrewdest and most original anti-imperialist analyst of Asia and Africa.” Hampshire College President Jonathan Lash said that in a world “where disagreement too often turns to shouting, where conflict turns to violence,” Professor Ahmad was a “courageous voice for justice” who “built lifelong dialogues with those who began as his opponents.” 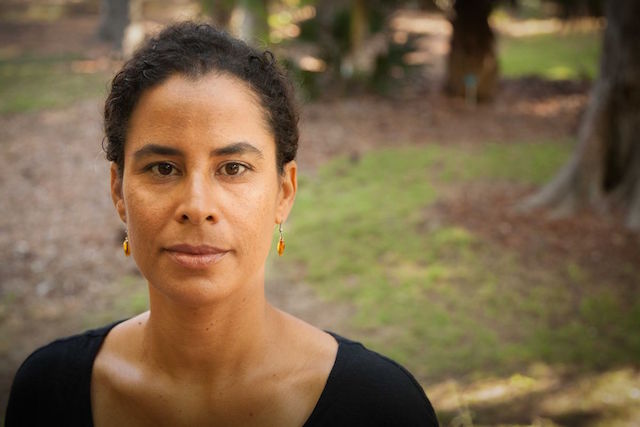 Hampshire College Works to Develop Anti-Racist Plan of Action
Bold steps are being taken to change the culture at the College for the long term.
Read Article
Seeking Justice for the Disenfranchised
A Hampshire alum links her work as a civil rights lawyer to her studies in storytelling
Read Article
Five College Dance Faculty Concert Explores Distance and Intimacy Amidst Upheaval
Five faculty and guest artists from each campus to perform works that investigate human distance and intimacy
Read Article
Stay In Touch
With The Communications Office
Snail Mail
Office of Communications
Hampshire College
893 West Street
Amherst, MA 01002
Phone + Email
413.559.6062
communications@hampshire.edu