Hampshire Community Invited to Celebrate the New Year of the Trees

The Jewish Student Union is inviting all members of the Hampshire community to celebrate the New Year of the Trees according to Jewish tradition, at its annual Tu B’Sh’vat celebration of music, poetry and a feast of fruits from the trees. The event is Sunday, February 4, at 6:00 p.m. in the Red Barn, and is organized by the student group in collaboration with spiritual advisor, Rabbi Ellen Bernstein. A “new year for trees” is a fitting holiday for Hampshire, where trees are held in high esteem and where the official seal of the school is a tree.

Hampshire’s inter-spiritual seder welcomes everyone regardless of spiritual leanings.  It celebrates the natural world, creates sacred space, and inspires people to live and act with earth in mind.  A documentary short video featuring footage from last year’s event and interviews with organizers and participants has been published on YouTube.

The lively and inspiring student-led Tu B’Shvat celebration is a new version of Bernstein's original seder first held in Philadelphia in 1988, which was the catalyst for Shomrei Adamah, the first national Jewish environmental organization.

“You can think of the seder as a four-course fruit feast,” Bernstein explains. “Each course is composed of readings from spiritual and contemporary sources, music, fruits, wine, and blessings.”

To attend the seder, RSVP to Ellen Bernstein ebSA@hampshire.edu.  Attendees are invited to come in costume as their favorite species. Non-students who participate are asked to make a voluntary contribution to the event.

Ellen Bernstein is a former wilderness river guide, studied Conservation of Natural Resources at U.C. Berkeley, and founded the first national Jewish environmental organization, Shomrei Adamah (1988). She has written numerous articles and books on Judaism and ecology and the place of land in the (Hebrew) Bible.  She was a featured speaker at the concluding ceremony of the Climate March (2014), the Parliament for World Religions (2015) and the Chautauqua Institution (2016).

The Tu B’Shvat seder derives from the Kabbalists, Jewish mystics, who lived in Sefad, Israel.  The Kabbalists had a four-dimensional view of life. They imagined that the cosmos operated according to four worlds: action, emotion, thought and spirit. For their seder they ate many kinds of fruits, drank concoctions of wine, made blessings, and read spiritual texts about nature. 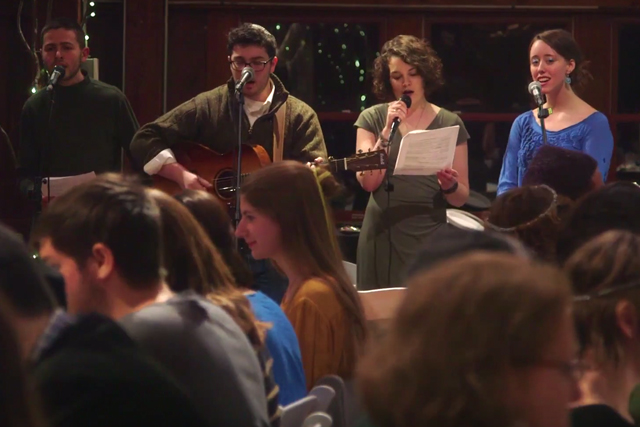 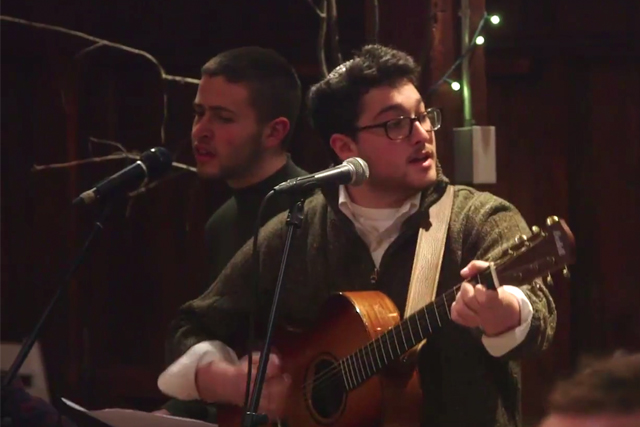 Exhibition by Senegalese Graffiti Artists Opens October 15, 2021
Artist residency at Hampshire College and the Five Colleges with MadZoo TRK and Mow 504 of the RBS Crew to culminate with showing of new works.
Read Article
Brooke Huguley 17F Examines How Reproductive Justice and Embodied Movement Can Heal Trauma
During a field study in Ghana, Huguley performed doula work at a small rural hospital. This experience became a catalyst for her research on birth inequities and how to disrupt them.
Read Article
Daisha Dukes and Yari Bushell’s collaborative Div III, the We Belong Project, Centers Student-Led Spaces
Sparked by their mutual desire to foster a space “for students, by students,” Daisha Dukes 17F and Yari Bushell 17F created their collaborative Div III, the We Belong Project.
Read Article
Stay In Touch
With The Communications Office
Snail Mail
Office of Communications
Hampshire College
893 West Street
Amherst, MA 01002
Phone + Email
413.559.6062
communications@hampshire.edu