Every spring, the Div-Free Bell clangs jubilantly from Hampshire’s campus for days and weeks on end.

Every spring, the Div-Free Bell clangs jubilantly from Hampshire’s campus for days and weeks on end. Few who know Hampshire will be surprised to learn that the inspiration for this tradition, some 35 years ago, was an act of empathy.

“It was spring 1981 and I had passed my Division III and was sitting in the Bridge Café,” remembers Jonathan Frank 76F. “A student approached me, someone who I kind of knew but not well. She was so excited, she just got out of her committee meeting and had passed Div III. You could just see how excited she was. I didn’t really know her. She didn’t have anywhere to go with her excitement but she came up to me and told me her news. I said, ‘Oh, great, congratulations.’”

Frank, who entered Hampshire in the fall of 1976, knew the feeling: He had also just completed his Division III and he described the feeling as a massive buildup of anxiety and excitement and relief, and then nowhere to go with it.

“There was nothing that brought people together to celebrate,” he says. In those days, students could celebrate in Prescott Tavern, as the drinking age was 18, but that was it.

Frank wanted to find a way for students to rejoice. Returning home to Chicago after graduation, he eventually landed on the idea of a bell to ring, a common way for communities to mark festivities. He imagined that Hampshire students who heard the bell no matter where in their studies they were would be encouraged that they could complete their journey
and graduate.

Frank had about $750 after graduation and decided to use it for a bell. Frank started shopping at antique stores outside Chicago, in northern Illinois, and in southern Michigan. He finally found the right one: “It was a big old brass ship’s bell,” he says. “It read Olinda, the name of the ship.”

Frank had someone build a shipping crate for it, and he transported it via the Greyhound Bus Company. Two years after Frank graduated, the bell was hung in the portico. At first the College kept its cable locked to the column, and a student could ring it by getting the key from the faculty chair or from the central records office. The College also mounted a plaque recognizing Frank as the donor.

Tim Shary, who entered Hampshire in 1986, three years after the bell was hung, said, “Scheduling one’s bell ringing had already become quite a tradition by the time I was there. I remember some people treating the bell with sacred reverence — many students believed that you didn’t touch the rope or even walk under the bell until you were truly Div-Free.” In fact, for that reason, the College soon found that it no longer needed to lock the rope.

Shary, who as a student wrote A History of Student Activities and Achievements 1969–91, has not forgotten his bell ringing. “I invited all my friends a couple of hours after my final Div III meeting, had lots of champagne, and played Emerson, Lake & Palmer’s version of ‘Fanfare for the Common Man’ on speakers from media services. I was a little ostentatious,” he says.

Once it was up, Frank returned to campus to ring it as well.

Over the course of 35 years, it has become the College’s most practiced tradition. Students plan their own bell-ringing to their liking: an intimate event, with one or a few loved ones and faculty committee members; a large party with lots of friends; naked in the dark of night and posting a photo to social media; a gathering with family during Commencement weekend. Some students bring food and bubbly or other spirits.

In 2003, when the original bell developed a crack, students raised funds matched by a College disbursement to replace it with a new, larger one, which was installed in April 2004.

Now the chief information officer at the Erikson Institute, a graduate school for childhood development studies cofounded by his stepfather, Irving Harris, Frank has been pleased to see that over the years Hampshire has embraced the tradition in a range of ways. The bell image has been used in artwork for Commencement and other special events.

Five years ago and weeks apart, Frank brought a son and daughter, two of his triplets, for separate admissions tours. Nomi’s tour was second, and by the time she arrived on campus with her father, word had spread of who he was.

“We walked into the admissions office,” Nomi 14F remembers, “and everyone got really excited and said, ‘It’s the bell guy!’”

Nomi was so amused that when she got back home she made her dad a T-shirt with a bell on it and the words IT’S THE GUY!

Nomi enrolled at Hampshire, and for her Division III, Nomi studied the science and visual representations of sound waves; her thesis was titled “Cymatics: The Study of Sound Wave Phenomena, Vibration, and Their Visual Representation.” Her work involved designing sound projects, such as building her own chladni, and experimenting with a range of supplies, such as audio speakers, electromagnets and circuits, ferrofluid, and magnetic particles. Through it all she kept a “mad scientist” journal of all her findings and experiments so she could identify and learn from her mistakes and make improvements to her projects, as well as for regular presentations to her faculty committee.

That spring, as Nomi completed her Division III project, she called her dad and asked if he wanted her to wait and ring the bell with him at Commencement weekend. His response: “No, it’s meant for you to ring when you pass Div III. You can ring it a second time with me.”

So as she and a best friend prepared for their Div III pass meetings, they planned a casual ceremony. “We had our pass meetings back to back; I was first and then she had hers. We waited for each other to go ring the bell together. We got a cheap bottle of champagne. It was fun to plan. I invited my faculty committee, John Slepian and Peter Kallok, and staff member Amy Putnam, who helped me through Div III. She was an honorary committee member.”

Nomi says that looking back, the ringing felt like it was more of a graduation ceremony than the actual Commencement, which was more for family. “For a student, physically being able to ring the bell is the important graduation ceremony,” she said. “It means successfully completing all your hard work at Hampshire.”

This article originally appeared in a longer format as “Resplendent Ritual {As a Subversive Act}” in the fall 2018 issue of Non Satis Scire. 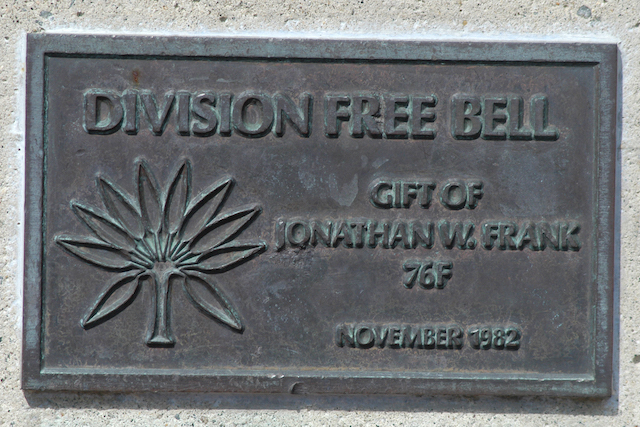 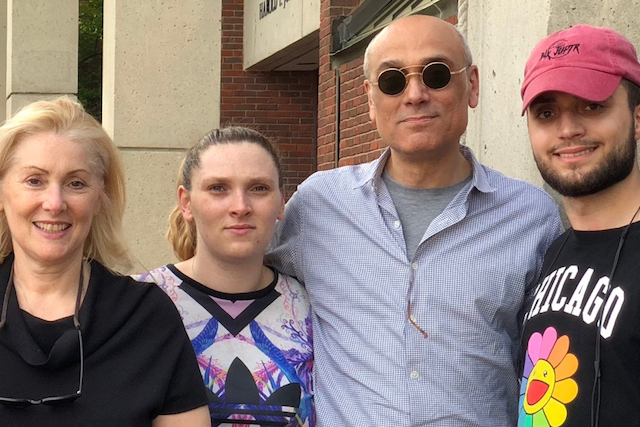 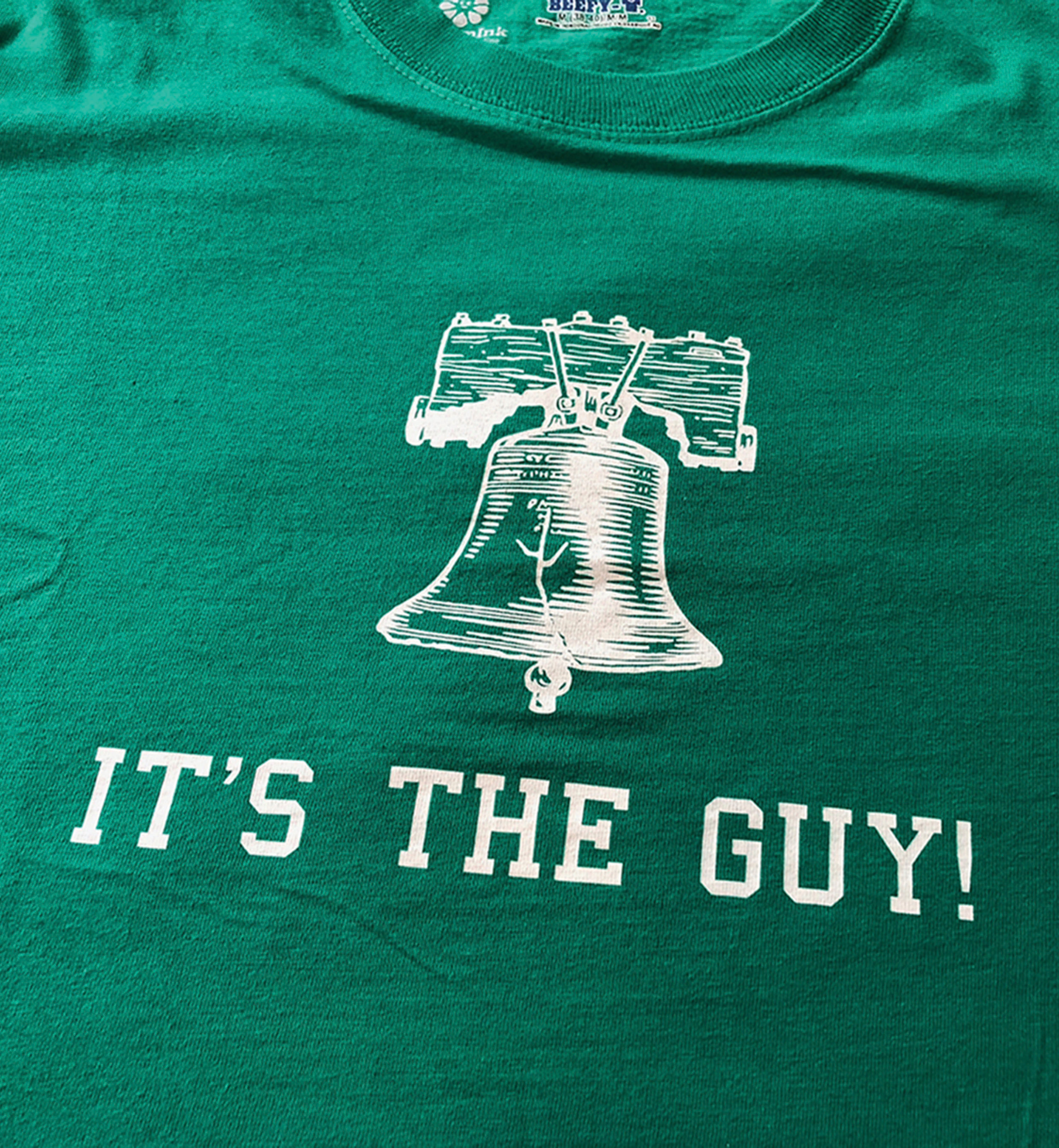 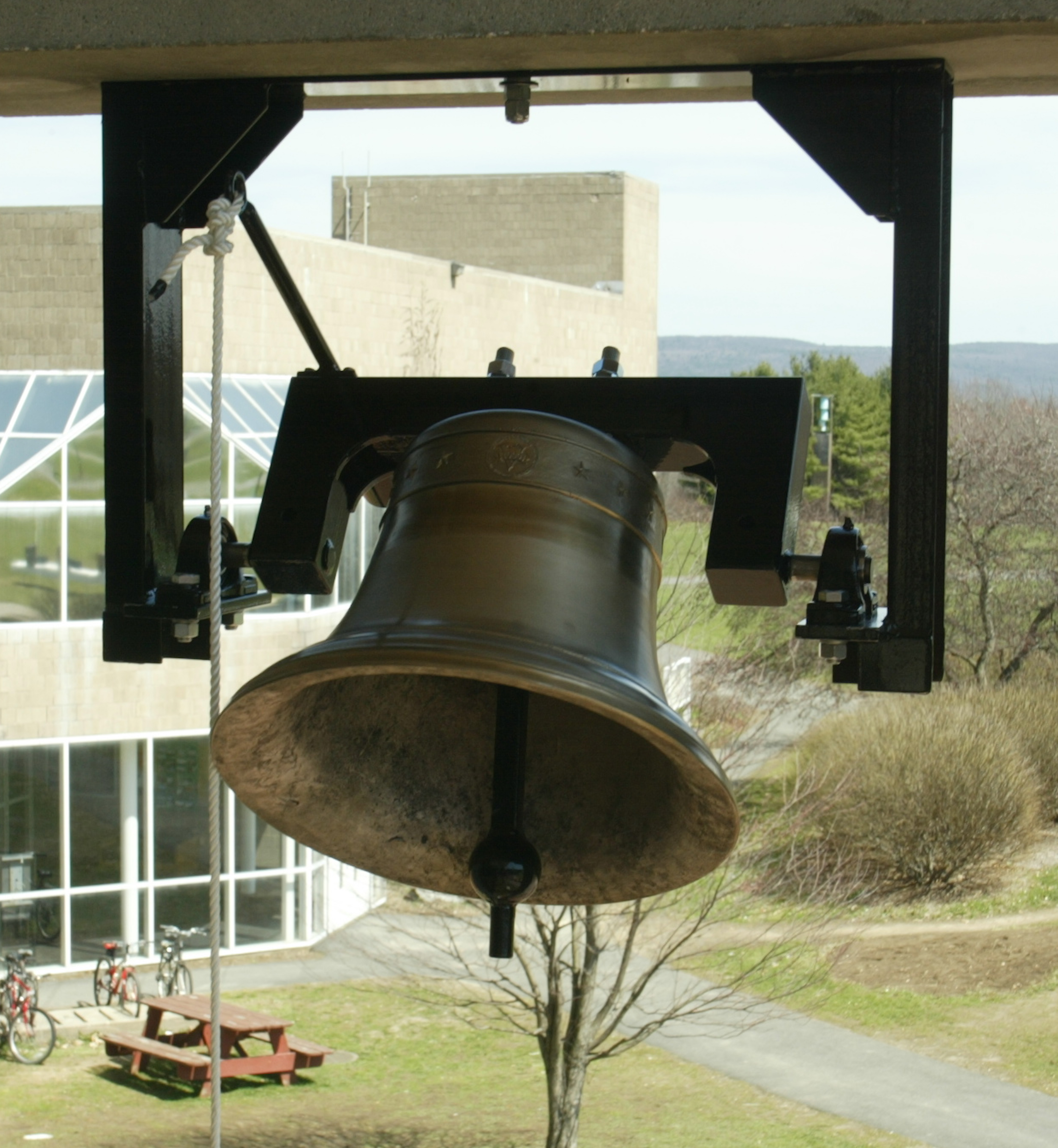 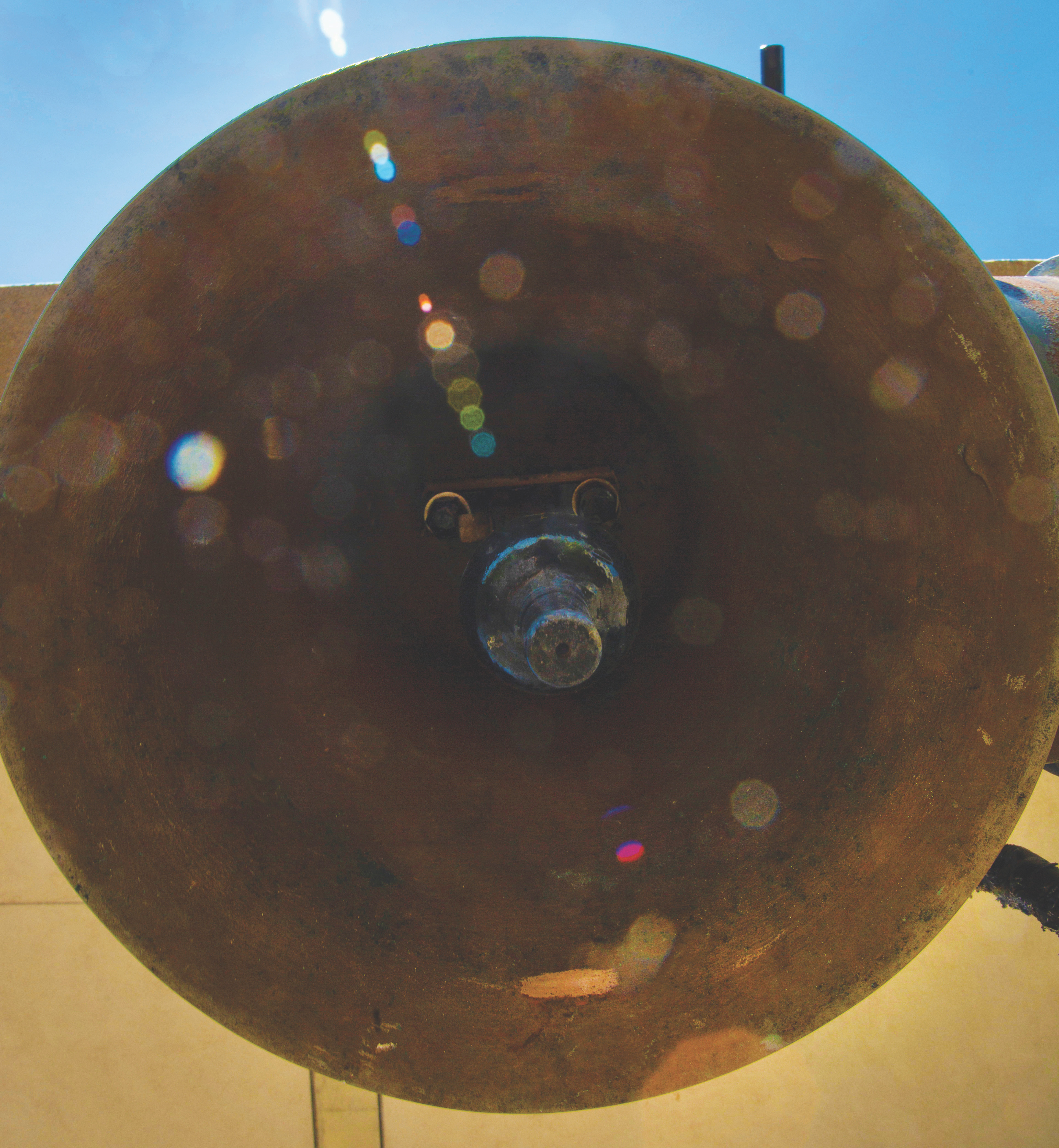