Jason Cilo 88F knows how to make his company produce

When Jason Cilo 88F advises students about careers in the entertainment industry, he sets them straight on how to land an entry-level job.

“I don’t make hiring decisions based on transcripts and résumés,” he said during a recent presentation to about 20 students at the Career Options Resource Center. “I hire people who are personable, smart, and helpful. They’re resourceful and know how to make themselves indispensable.”

For the Discovery Network, he produced the acclaimed documentary Anonymous: Inside the Meeting, an innovative look inside addiction and recovery.

Soon after graduating from Hampshire, Cilo entered the entertainment industry as a production assistant, rising to become associate producer for the newly launched MSNBC network in 1997. He went on to advance professionally as a writer, segment producer, show producer, series producer, and executive producer at a variety of networks and production companies before founding Meetinghouse, in 2008.

Cilo returns to Hampshire at least twice a year, spending a full day meeting one-on-one with students to advise them and then delivering a talk that’s a deep dive into getting entry-level work in production.

“A lot of people start out working as production assistants on sets,” he told the students at the career center. “On the first day of your job, look around. Those are the people who are going to be your colleagues and your connections when you work in the business. It’s all about relationships.”

A typical way to break into the industry is through “knowing someone or a friend of a friend. It’s important to have a contact,” he said.

Cilo reached into his jacket pocket, pulled out a pile of business cards, and began passing them out. 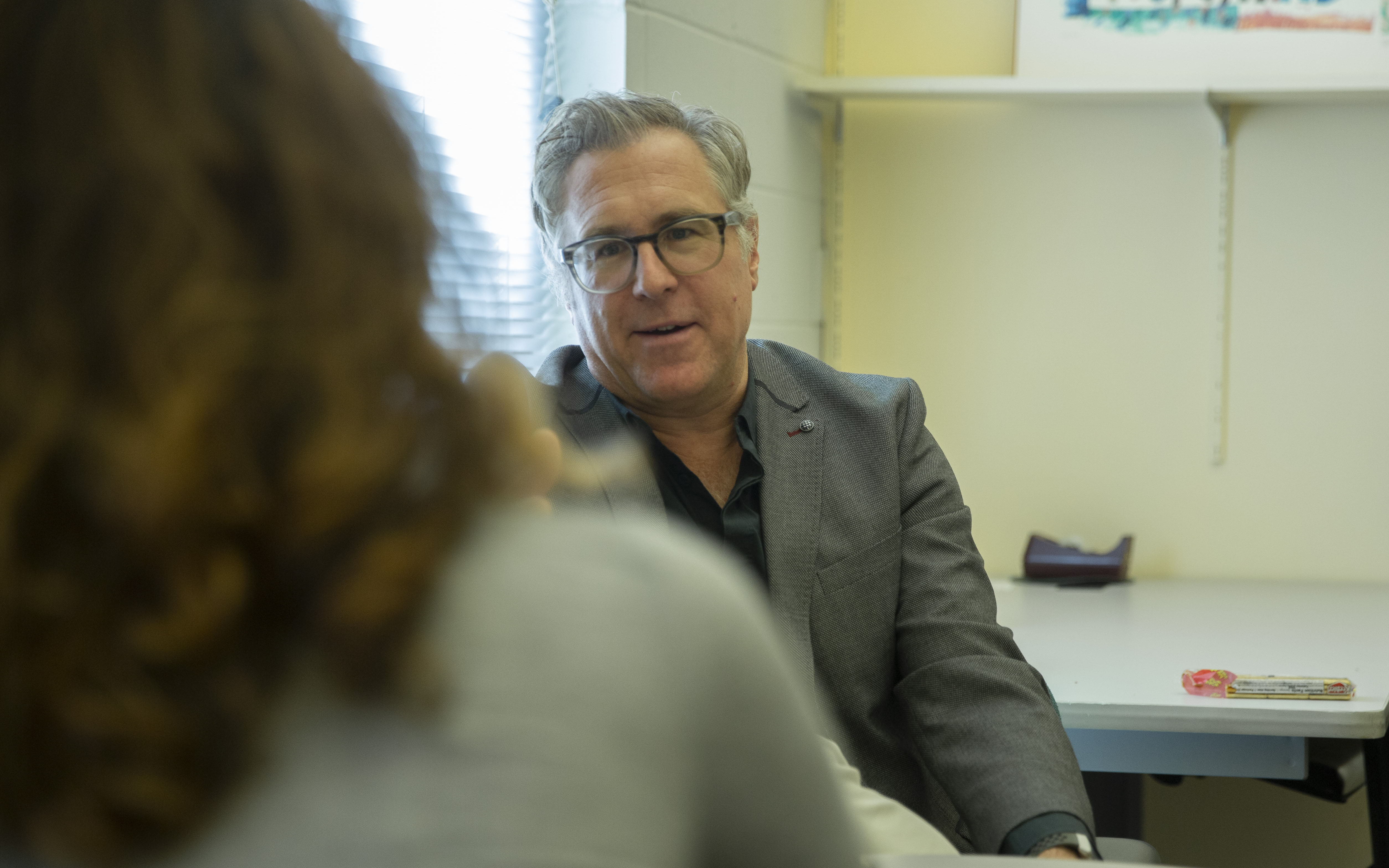