In her newest book Having and Being Had, Biss takes a personal approach to examine themes of capitalism and privilege.

Writer and Hampshire College alum Eula Biss 95F is known for using her own identities as a lens to explore larger societal issues such as race or our relationship to science. In her newest book Having and Being Had, Biss takes that same personal approach to examine themes of capitalism and privilege.

Biss was interviewed by the Financial Times about the book and the experiences that led her to the subject. An excerpt of the book was also published in Granta.

Biss is the author of four books, most recently Having and Being Had. Her book On Immunity was named one of the Ten Best Books of 2014 by the New York Times Book Review, and Notes from No Man’s Land won the National Book Critics Circle award for criticism in 2009. Her essays and prose poems have recently appeared in the Guardian, the New York Review of Books, The Believer, Freeman’s, Jubilat, the Baffler, Harper’s, and the New York Times Magazine. 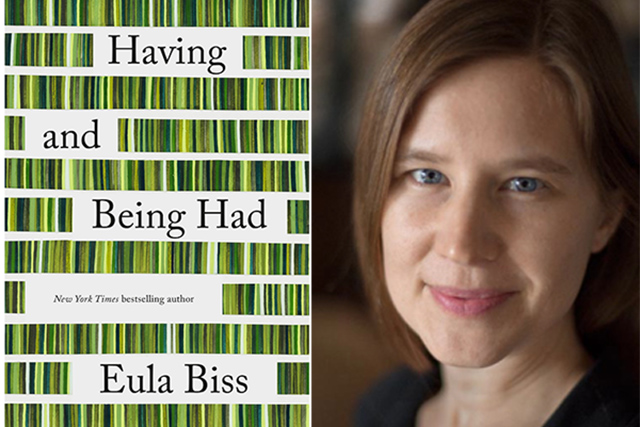 Hampshire College Alums Jenner Furst 02F and Julia Willoughby Nason 01F Codirect New Docuseries, “LuluRich,” on Clothing Company and “Cult” LuLaRoe
The docuseries includes interviews with the founders as well as past employees, many of whom lost their savings during their time working for the company.
Read Article
Hampshire College Welcomes Five New Members to the Board of Trustees
The new members include alums Vibhu Norby 06S, Mike Plenty 01F, and Ananda Valenzuela 07F, as well as Alice Petty 89F as the elected alumni trustee and Associate Professor of Economics Omar Dahi as the faculty representative.
Read Article
Hampshire Alum Asher Edes 03F Awarded Grant for Jewish Community-Building Project
In July, Edes received a grant to launch a community-based program at the intersection of spirituality, art, and embodiment, using an experiential and discussion-based learning model similar to their Hampshire education.
Read Article
Request Information
You have questions. We have answers.
We’ve seen what can happen when you’re the entrepreneur of your own education. Request a viewbook and see for yourself.
Request Information
Stay In Touch
With The Communications Office
Snail Mail
Office of Communications
Hampshire College
893 West Street
Amherst, MA 01002
Phone + Email
413.559.6062
communications@hampshire.edu