Hoel, who was named one of Forbes’ Top 30 Scientists Under 30 in 2018, currently works as a research assistant professor at Tufts’ Allen Discovery Center.

In Hampshire College alum Erik Hoel 06F’s debut novel The Revelations, a scientist’s attempt to solve a murder plunges him into the even murkier mystery of consciousness and threatens to upend, well, everything. That Hoel’s first book takes on such a fascinating and complex idea as consciousness shouldn’t surprise those who follow Hoel’s other—and equally fascinating—career as a neuroscientist.

Hoel, who was named one of Forbes’ Top 30 Scientists Under 30 in 2018, currently works as a research assistant professor at Tufts’ Allen Discovery Center. While his research looks at several facets of consciousness, perhaps the one most tied to why humans are drawn to fiction is the equally curious question of why humans dream.

Hoel’s current theorizing around dreaming is based on work he has done with machine learning. When artificial intelligence (AI) systems are tasked with completing certain routines over and over again, they get what is called “overfit”—basically, their machine brain gets stuck in a rut. To help AI with this overfitting issue, programmers will introduce random data or noise into the programming.

This noisy data works to break the AI loose of their too-narrow thinking and make more complex decisions. Sound familiar? Hoel argues that for humans, dreams may act very similarly, serving as a place where random data or noise helps us break free of being “overfit.” That’s why, for instance, when we “sleep” on a problem, we might wake up with a creative solution we couldn’t think of before. Hoel argues that dreams may add some much-needed noise to our system.

“If dreams are very unlike waking life, that's not a bug, that's a feature. They're supposed to be unlike your waking life so that they can keep you able to generalize, keep you flexible, and keep you from overfitting and shrinking your concepts to just fit into your daily life. And it is actually cognitively useful for dreams to do that.”

Hoel’s theory on dreaming, called the “overfitted brain hypothesis,” has already been published in several international research journals, and was a cover article for New Scientist magazine.  But Hoel’s thinking around the subject doesn’t end with dreaming. He wonders if fiction, and stories in general, may work in much the same way.

“We spend a huge amount of our time consuming narratives and stories that aren't true. And I think it's reasonable to ask why. So what I wanted to do is think about why it might actually be that dreams—but also the consumption of media fictions and story stuff that's not real—could also be relevant or cognitively useful to us in this way.”

It’s perhaps no surprise that fiction, and its scientific function, are often on Hoel’s mind. His mother owns Jabberwocky Bookshop in Newburyport, Massachusetts, and Hoel grew up surrounded by books. When Hoel applied to Hampshire, he pitched a nascent version of The Revelations in his application. In fact, Hoel says he chose Hampshire because he knew the College’s interdisciplinary values would allow him to pursue both his scientific interests and his writing.

“I think the most important thing that the faculty at Hampshire did for me was just to listen to this kid who was in absolute love with ideas, give him a little bit of their time, and take him seriously. And I still think that is the greatest thing a professor can do—take a young person's ideas and drives and curiosities and points of view and take them seriously. And Hampshire did just that for me.”

The Revelations is out on April 6. 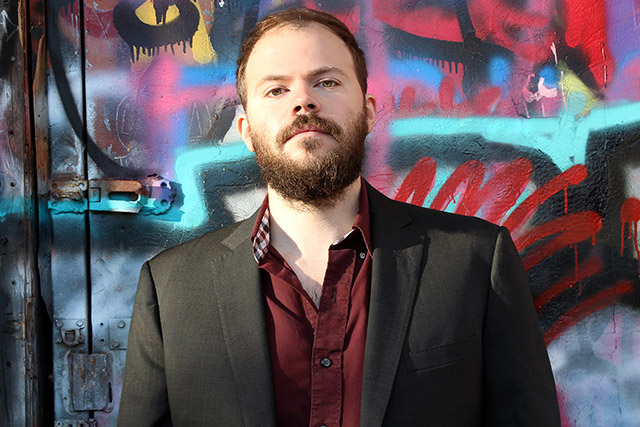