Jason Salkey 80F reflects on his time at the College, as well as the role he played on TV that inspired him to write book, and the influence of his writer father, former Hampshire Professor Andrew Salkey.

Actor, writer, and alum Jason Salkey 80F was a member of the Hampshire community for years before he enrolled as a student. His father, Andrew Salkey, moved his family from England to the U.S. to teach poetry writing at the College, which he did for 19 years until his death in 1995.

We chatted with Jason about his experience at the College, where he played ultimate frisbee and studied acting and directing. A pivotal TV role inspired him to follow in his father’s footsteps and write a book, From Crimea with Love: Misadventures in the Making of Sharpe’s Rifles, which was released July 7.

What was it like being a teenager living at Hampshire before you enrolled?

Moving from one continent to another was challenging enough, but leaving future mega-city London to live in bucolic Amherst was like moving to Mars. Very soon though, I was tapping into all the delights available to students: movie screenings, protests, and the excellent sporting facilities, particularly the Robert Crown Center. As I had lived on and off campus from October 1976 until my first semester in the fall of 1980, I already felt like a member of the student body.

What did you study?

I enrolled at Hampshire not entirely sure what subject I would concentrate on. At that time, I probably wasn’t mature enough to fully appreciate or deal with the Hampshire academic model. I even got kicked out of the top acting class in my first semester. Eventually I fell into the right academic habits and did my Div II and III focused on acting and directing.

The professor responsible for kicking me out was also my most cherished teacher and highly influential in my college career. Jenkins Sonnenberg didn’t suffer fools gladly, and I learned so much from her. Down the years, stuff she said gets replayed in my brain. Another of my favorite professors was theatre design professor, Wayne Kramer.

Hampshire's Ultimate Frisbee team was established in the early 1970s, and has been a trademark athletic activity on campus ever. You were a big part of it, weren’t you?

Amherst was a hotbed of frisbee action. I attended Amherst Regional High School, which had an Alternate Learning Program (very Hampshire, come to think of it), and, when I was a senior, I arranged to get my gym credit by taking classes in freestyle frisbee with student world champion freestyler John Dwork, who had just enrolled at Hampshire.

During the summer of 1980, I won the U.K. and European Freestyle Frisbee titles. In the fall of 1980, Overall Frisbee Champion Krae Van Sickle 79F and Women’s World Freestyle Champion Suzanne Strait 80F also played with me at Hampshire. With that assemblage of frisbee talent at the College, my freestyle skills couldn’t help but flourish. The campus gym—especially in colder months—became a beacon for the world’s top freestyle talent and two highly successful Festivals of Flying Disc were held there in 1980 and 1981.

Having my father work as a professor did have its downsides. When I wanted to take a year off college to hit the frisbee circuit, I was told in no uncertain terms to forget it.

Eventually I had to “retire” from frisbee competition, as it was interfering with acting classes and play rehearsal. I picked up freestyle again twenty-eight years later in order to stay flexible. This led to me re-entering competition and organizing the first freestyle tournament in the U.K. for 25 years.

When and how did you decide you wanted to write about your experience playing the role of the educated rifleman “Harris” in the show Sharpe?

The TV series is based on Bernard Cornwell’s novels of the same name. Harris, the character I played, wasn’t in the novels, but was a real rifleman who fought in the Napoleonic wars and was famous for his recollections of the war. The real Harris couldn’t read or write, but his memories were written down for him and were published. The TV producers required a “clever one” to be part of Sharpe’s gang and they loosely based my character on the real Harris. When I got the part in Sharpe, I read The Recollections of Rifleman Harris, and the seeds of inspiration for my book were sown.

Another influencing factor was the location and timeframe in which Sharpe began production: Ukraine, in the wake of a disintegrating Soviet Union. Crimea, to be exact. I thought it might be interesting to write a diary of my experiences, seeing as we were one of the first western film crews to shoot a drama in Glasnost-Perestroika, Ukraine. And I’m really happy I did, as the drama we encountered off-camera rivalled the perils and chaos portrayed in the script—and we were shooting a war movie.

How did your dad factor into your writing?

Dad’s influence featured pretty heavily, I guess, though I never wrote anything while he was alive. Upon graduating from Hampshire, I came back to London and mainly concentrated on acting.

My dad wrote over thirty books, but two that stood out for me were his account of trips to Cuba and Guyana: Havana Journal and Georgetown Journal. I could have called my book Crimean Journal, so I guess the apple doesn’t fall far from the tree, and, subconsciously, I was copying him. And funnily enough, my father did a few acting roles in between his other journalistic and broadcasting work for BBC World Service radio, so we also had that in common.

What would you say to a prospective student?

Hampshire was fantastic preparation for independently solving problems from an ‘out-of-the-box’ perspective. I couldn’t recommend it highly enough to students who know what they want to achieve with their degree and have high levels of self-motivation.

Below: Jason Salkey at Hampshire in 1982, Jason Salkey as Harris in Sharpe, and the cover of From Crimea with Love: Misadventures in the Making of Sharpe’s Rifles 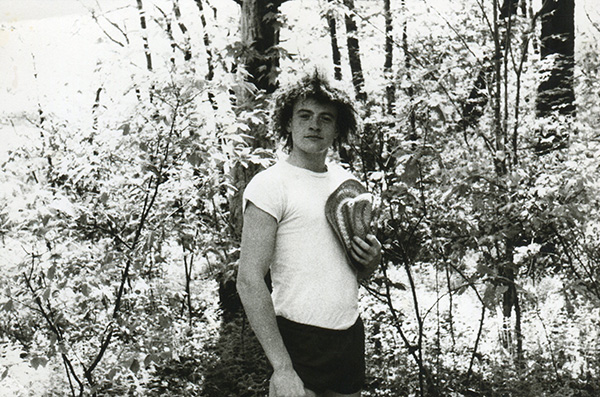 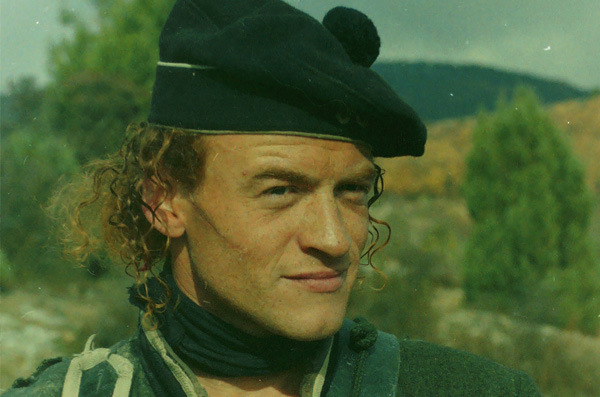 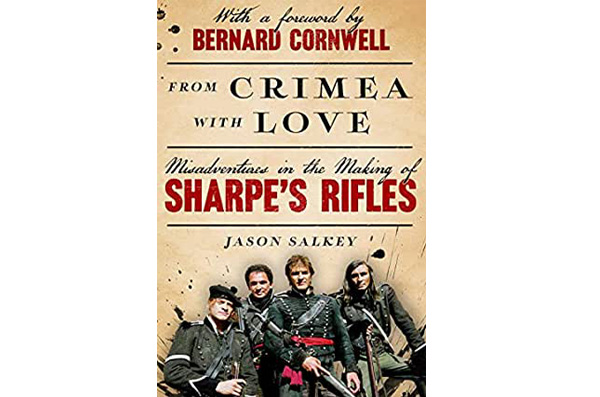