For her Division III project this year, Lydia Coburn studied the environmental impact of a plastic water bottle: she traced its life cycle from marketed demand and production, to its use and disposal, and then exposed its effect on climate change, human health, and marine ecosystems. Her intention, she says, was to foster an appreciation for nature and an awareness of consumer choices, and to spur creative ideas for sustainable change.

Her efforts resulted not only in ideas but, in one community, action toward conservation.  During the year, Coburn led workshops in Natick, Mass., public schools, during which students sculpted marine species using plastic water bottles. A graduate from Natick High School in 2012, she was able to influence conservation in the school this year.  Working with teachers, they were able to convince the school to agree to install seven new water re-fill stations.

“A great victory,” Coburn said, “But banning the selling of plastic water bottles all together is our main goal. One of the high school teachers plans to continue our fight and ban the selling of the bottles in the school - I hope to work with her and the principal on this venture.”

This month, she premiered the students’ marine art in the cafeteria of Natick High School, in a collaborative installation promoting environmental sustainability that will remain on display for a year. The school intends to continue to enable students to install awareness-raising projects in these spaces in the future, Coburn said.

Coburn’s work on her Division III was supported by an Earl Ubell Memorial Science Information Award from Hampshire. Established in memory of Earl Ubell, whose career has influenced generations of science writers, the Ubell grant recognizes and supports exceptional Hampshire College students whose work seeks to make science accessible to nonscientists. Michael C. Ubell 70F established the grant in honor of his father.

“I had every committee member and adviser tell me that my Div III was overly ambitious but not completely unrealistic, so winning the Ubell award was exciting and empowering,” she says. “I felt very lucky, and that much more determined. The award made my Div III possible and I couldn’t have been more thrilled.”

Earl Ubell began his career at the New York Herald Tribune and was a science editor there from 1953 to 1966. He went on to be the health-science editor for WCBS-TV and news director for WNBC-TV News. He carried out scientific research at major laboratories, was the author of eight books, and won numerous awards for journalism, medical reporting, and science writing. Ubell died, at age 80, in 2007.

Moving forward, Coburn is participating in Natick Earth Day on May 1st, presenting a booth to showcase her project and educate attendees about conservation. She plans to spend the summer after graduation working as a camp counselor at Drumlin Farm in Lincoln, Mass. “Working with kids is a great way to continue the work I've started, in a proactive way. I hope to work with animals in the future, doing conservation work, but I know that whatever I'm doing, it'll most likely include some sort of public awareness and education." 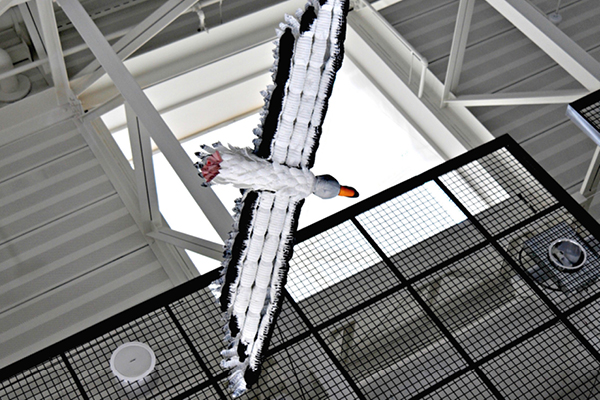 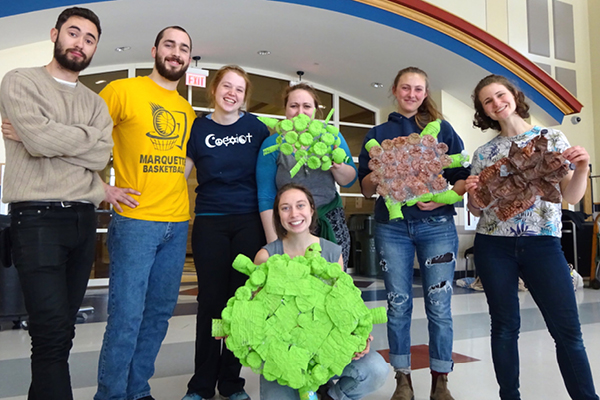