By Josh Murray and John Courtmanche

Visitors of all ages exploring Hampshire College's new 17,000-square-foot advanced green building will have a mystery to solve or, rather, multiple mysteries. The college’s game design professor has embedded permanent hidden puzzles throughout its interior — above, below, anywhere — as installations in the R.W. Kern Center. [Read more about the puzzles in The New York Times.]

“I love puzzles, hidden secrets, and treasure hunts,” said puzzle designer Ira Fay, assistant professor of computer science and game design. “The puzzles hidden throughout the building will enhance the curiosity and delight that visitors to the Kern Center will experience.”

There are ten puzzles in the building, and Fay hints at the types: “My natural inclination for puzzle design often involves ciphers or math, but I wanted the puzzles themselves to reflect the diversity of creative thought at Hampshire. So I collaborated with many people on campus and included an art puzzle, a written-word puzzle, a science puzzle, and more.”

Fay designed a puzzle that calls on the periodic table of elements; one that relies on perspective shifts for visual art; and another that involved creating a poem through collaboration with a preschool class from Hampshire’s Early Learning Center, their teachers, and students in the course Youth/Poets, taught by Professor Rachel Conrad.

Fay is the CEO of Fay Games, based in New Haven, a game-development studio whose primary interest lies in games with an educational impact. Before beginning his academic career, Fay was a senior game designer at Electronic Arts where he led Pogo’s mobile-game development (Pogo.com) and released several top Web games. Before that he worked at Z-Axis (Activision) on X-Men 3, at Maxis on The Sims 2, and at Walt Disney Imagineering on ToonTown Online. He is also a published board-game designer. (Full game credits at http://irafay.com/)

Professor Fay’s puzzles were created following the same standards, and with a theme related to the Living Building Challenge and the R.W. Kern Center itself. “The Kern Center is an amazing building, and we had a rare opportunity to embed fun secrets inside,” he said.

His work on this project, he says, was inspired by a New York Times story he’d read of a luxury New York City apartment throughout which a designer hid puzzles for the family who owned it, and also by a course he teaches at Hampshire called Designing Treasure Hunts (video https://www.youtube.com/watch?v=5Zg22B3S0lI).

In its annual rankings, again this year The Princeton Review and PC Gamer ranked Hampshire one of the 10 top Game Design undergraduate programs in the country.

The Kern Center houses the offices of admissions and financial aid, classrooms, student lounges and social areas, gallery spaces, and the Kern Kafe coffee bar. It is also a living laboratory for ongoing studies of advanced green-building systems and related disciplines.

The Kern Center’s public visiting hours are 8:30 a.m.–4:30 p.m.  Those struggling to solve the puzzles can find hints at www.irafay.com/kern. 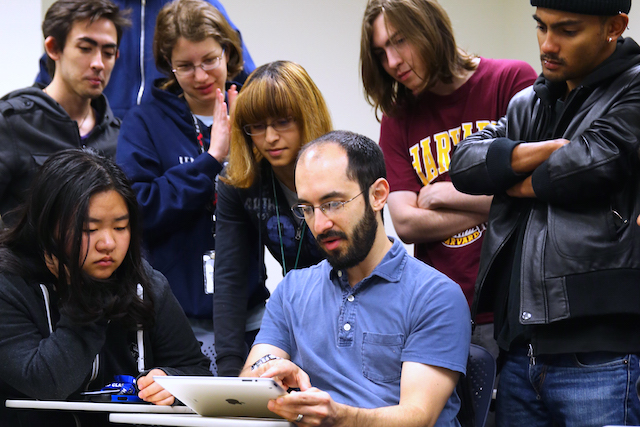 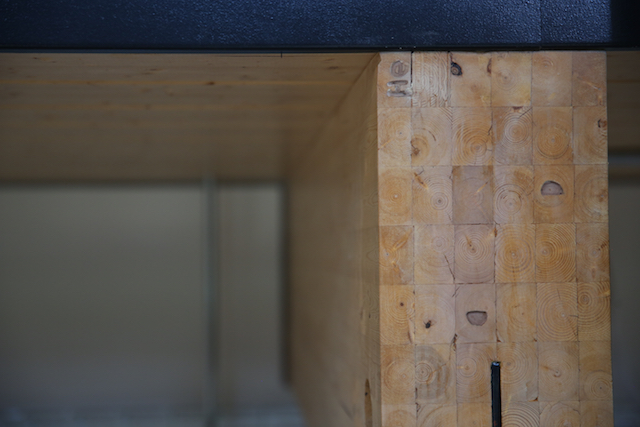 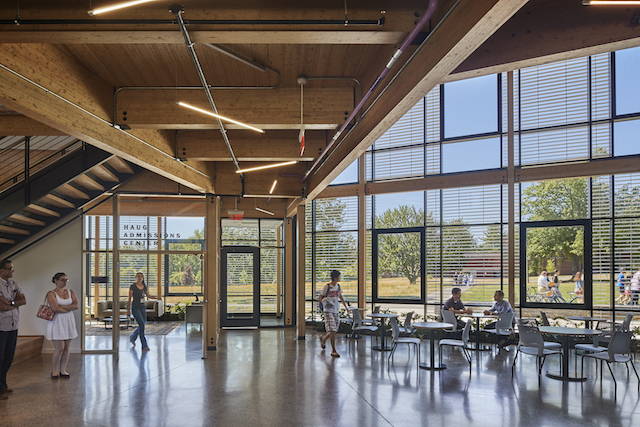