Of Blisters and Bliss

“Whenever I would get blisters during an ultra-marathon, instead of stepping lightly, I would pound my feet into the ground harder and visualize the jolt of pain entering my body through the soles of my feet as energy coming from the core of the earth. My feet became a conduit that allowed my body to tap into an infinite energy source that propelled me forward like I was plugged into a nuclear reactor. I used the same visualization when I ran 153.76 miles. On a treadmill. In 24 hours.”

From "Slomo and the Neuroscience of Being in the Zone," psychologytoday.com

Before he became a three-time Triple Ironman champion, before he ran 135 nonstop miles in 130-degree heat in the Badwater Ultramarathon in Death Valley, before he set the 24-hour treadmill distance-running world record, before all that, Christopher Bergland was at Hampshire having his mind opened on trips to India, where he spent time in ashrams learning about yoga, breathing, and meditation. The son of aneuroscientist, Bergland was  fascinated  by  the  connection between mind and body — between the science of the brain and the spiritual achievement of nirvana and trancelike states. As his passions turned toward extreme sports, he learned to control his mind, and to use his mind to control his body’s physiological response toextreme exercise. One of his key insights: how to return to the meditative states he’d experienced in India in order to keep his dopamine levels from spiking too high under stress.

Now retired as a world- class endurance athlete, Bergland is a coach, political activist, and the author of The Athlete’s Way: Sweat and the Biology of Bliss. He writes a regular online column on subjects of mind, body, and athletics for the website of Psychology Today.

From the Fall 2016 issue of Hampshire's Non Satis Scire magazine. 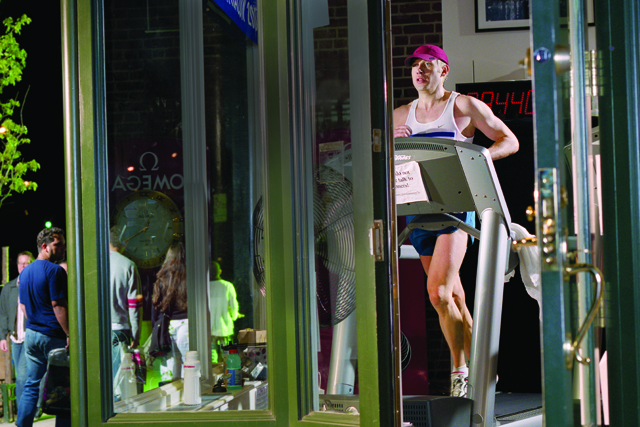