A historic new exhibit and book of stereographic photographs chosen by Professor of Literary Journalism Michael Lesy, presenting a unique "3D" portrait of the world at the beginning of the 20th century, will debut this week at the California Museum of Photography at the University of California, Riverside ARTSblock. The imagery in the exhaustive exhibit "Looking Backward” comes from all over the world – the US, Great Britain, France, Germany, Russia, Egypt, India, China, Japan, and more – and depicts a cross-section of people and cultures.

Lesy has spent many years studying the museum's collection of some 300,000 stereographic images, said Leigh Gleason, the curator of collections at the CMP. Lesy then selected nearly 250 images spanning the first decade of the 20th century, for a historically important book that inspired the exhibition.

Stereoscopic photographs are images that appear three-dimensional when seen through a special viewer called a stereoscope. At the dawn of the twentieth century, stereoscopy was incredibly popular. According to Lesy, millions of Americans, especially schoolchildren, absorbed ideas about race, class, and gender from these images, the embodiment of the notion that “seeing is believing.”

"The images are not just windows that provide views of the world as it appeared, more than a century ago," said Lesy, "they are also mirrors that reflect the acknowledged and unacknowledged prejudices and preconceptions of the company that published them and the mostly middle class audience that viewed them."

The exhibition is drawn from Lesy’s Guggenheim Fellowship, supporting years of research of the CMP’s Keystone-Mast Collection, the largest surviving archive of stereoscopic photographs. This exhibition is presented in tandem with the release of Lesy’s book, Looking Backward: Images of the World at the Beginning of the 20th Century, published by W.W. Norton in conjunction with the California Museum of Photography.

Lesy will present a lecture at the UCR ARTSblock on Saturday, March 11, at 4:30 p.m., followed by a reception at 6:00 p.m. All events are free and open to the public.

Michael Lesy, born in 1945 in Shaker Heights, Ohio, has taught at Hampshire since 1990. He received a B.A. in theoretical sociology from Columbia University, an M.A. in American social history from the University of Wisconsin, and a Ph.D. in American cultural history from Rutgers University. Lesy’s first book, Wisconsin Death Trip, has remained in print since 1973. His most recent book, Repast: Dining Out at the Dawn of the New American Century, 1900-1910, written in collaboration with the culinary historian, Lisa Stoffer, was based on the New York Public Library’s Buttolph Menu collection.

Photographs that will be present in "Looking Backward" utilize various stereoscopic devices. These viewing methods include stereoscopes like one might have found in a Victorian parlor, including several historic devices drawn from CMP’s extensive photographic technology collections, as well as 3-D projection, like one might encounter in a 3-D movie today, and the View-Master, a stereoscopic viewer ubiquitous in the second half of the 20th century.

Exhibit Curator Gleason observes, “In the images, we see stark class divisions and unsettling glimpses of daily life a century ago. Yet, somehow it feels fresh too, as if they were warnings of a future that is now the present. This sense of time travel through photography is enhanced by the stereographs that were a progenitor to current virtual reality technology, such as today’s consumer virtual reality goggles.”

Michael Lesy: Looking Backward is organized by the California Museum of Photography at UCR ARTSblock. UCR's College of Humanities, Arts and Social Sciences and the City of Riverside have provided support.

The book, Looking Backward, will be sold exclusively at UCR ARTSblock until its official release in bookstores around the nation later in spring, 2017.

UCR ARTSblock is located at 3824 & 3834 Main Street, Riverside, CA 92501, and encompasses three venues: the California Museum of Photography, Culver Center of the Arts, and Sweeney Art Gallery. ARTSblock is open Tuesday through Saturday, noon to 5pm. Admission is $3, and includes entry to all three venues. More info: artsblock.ucr.edu. Tel (951) 827-4787

GALLERY Courtesy of the California Museum of Photography at UCR ARTSblock. 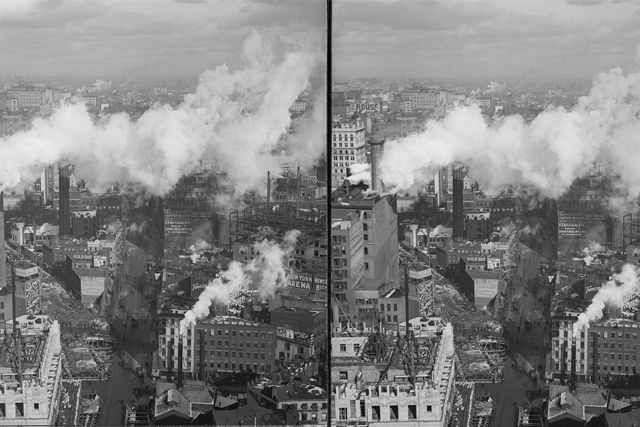 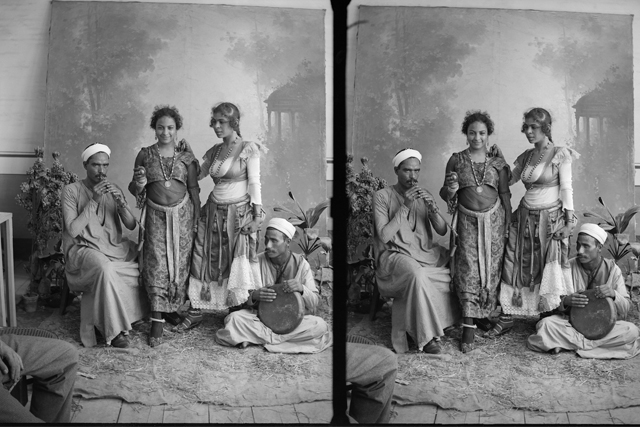 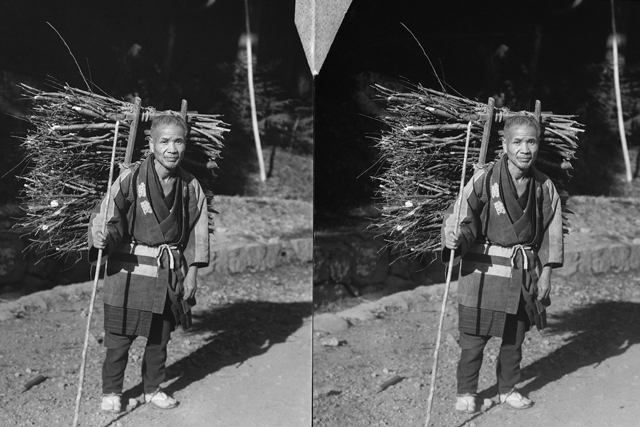