More than 50 donors have founded the Rosenthal Fund for Faculty to generate grants supporting Hampshire professors for their research, projects, and course development

Fifty years after helping to found Hampshire College as one of its first employees, Ken Rosenthal wanted to leave a gift to a place he’d seen change people’s lives, including his own and his daughter’s.

Rosenthal thought of Hampshire professors, known for engaging with their students as equals in learning and discovery at a level unlike any other college. He knew that Hampshire professors not only commit to more intensive advising of students than do their peers elsewhere; they are also open to learning from their students, all of whom lead their own independent research and projects.

“Throughout our lifetimes, we all work with colleagues whom we teach and whom we also learn from,” Rosenthal says. “At Hampshire, teaching is not a one-way street of professors lecturing and dictating to students. Life isn’t like that either. Hampshire is more like life than anywhere else I know.”

So upon his retirement as a Hampshire trustee in 2016, Rosenthal made a major endowment gift to support faculty. He’s the lead donor for the budding Rosenthal Fund for Faculty, which will generate grants supporting Hampshire professors for their research, projects, and course development. More than $250,000 has been raised so far, from Rosenthal and more than 50 other donors.

The four institutions that founded Hampshire — Amherst, Smith, and Mount Holyoke Colleges and the University of Massachusetts Amherst, now its partners in the Five College Consortium — purposefully planned an experimenting college at which faculty could test departures from traditional education. The College bestows its faculty with a level of academic freedom unheard of at traditional colleges, encouraging faculty to evolve in their areas of scholarship, to explore, and experiment.

In 1966 Hampshire’s founding document, The Making of a College, proposed an academic program that enabled students to learn through active inquiry: that is, faculty guiding students to be active and independent self-learners throughout their lives. Rosenthal says Hampshire is unique in how it lets students follow their natural curiosity and their passions, under the close advisement of and often in collaboration with faculty.

The result? Rosenthal believes Hampshire’s faculty prepare students for jobs or ventures they could never have anticipated, and continues to do so long after they receive their diplomas.

As just one example, many of the College’s undergrads publish or present independent research in international, peer-reviewed journals or at conferences, and are listed as the lead author, with their professor named second. “This is extraordinary,” Rosenthal says.

“I think Hampshire is as good as anywhere else at doing this sort of thing,” he says.

After graduating from Amherst College in 1960 and earning a law degree at Yale, Rosenthal approached Hampshire founders Chuck Longsworth and Franklin Patterson about joining their new venture. He was hired in the College’s planning stage in 1966, before ground broke and four years before it opened to students.

Initially, Rosenthal served as executive assistant to Longsworth and Franklin Patterson, performing a wide range of duties: helping to recruit and hire faculty, hosting academic conferences that would attract educators from around the nation to assist in developing pedagogy, dealing with the federal government, fund-raising, and grant writing.

Once the College opened, Rosenthal continued as a member of the administration, as treasurer, as secretary, and also co-teaching courses in law. Read Rosenthal’s memories of those founding years in an interview conducted by Amy Mittelman in 1986.

He left Hampshire in 1976 for a long career in law, business, and the nonprofit sector, ultimately retiring as president of The Seeing Eye, the world’s premier guide-dog school for the blind.

In 2004, Rosenthal had the chance to experience Hampshire from the perspective of a parent when his daughter Annie enrolled at the College, graduating in 2008. She proceeded to earn a graduate degree in library and information science from Rutgers and is now a librarian at an elementary school.

When Rosenthal retired from the board of trustees, Hampshire bestowed on him the title of Historian, and these days he’s often asked by the College’s employees and students, as well as the media, for perspectives on the history of the campus. He couldn’t be a more authentic advocate: “Hampshire is important beyond its size,” he says.

He now serves on numerous boards, such as the Better Angels Society, which supports the films of Hampshire alum Ken Burns; the Emily Dickinson Museum; and the Amherst Community Land Trust.

Today, the Rosenthal Fund for Faculty continues to grow, and the disbursement of grants is managed by the Dean of Faculty’s office. To learn more or to make a gift to the fund, please visit www.hampshire.edu/giving/the-rosenthal-fund-for-faculty or contact Clay Ballantine, chief advancement officer, at 413.559.5647 or cballantine@hampshire.edu. 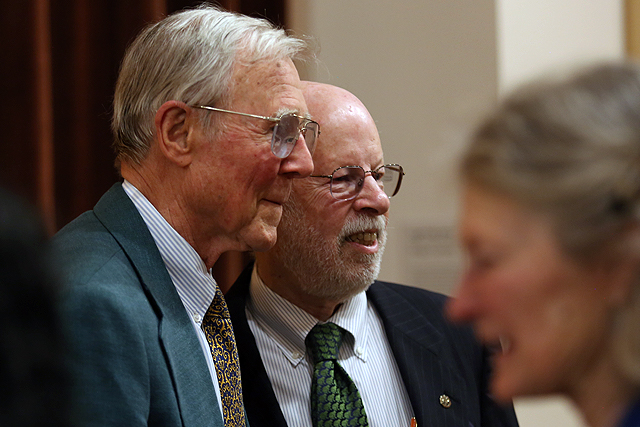 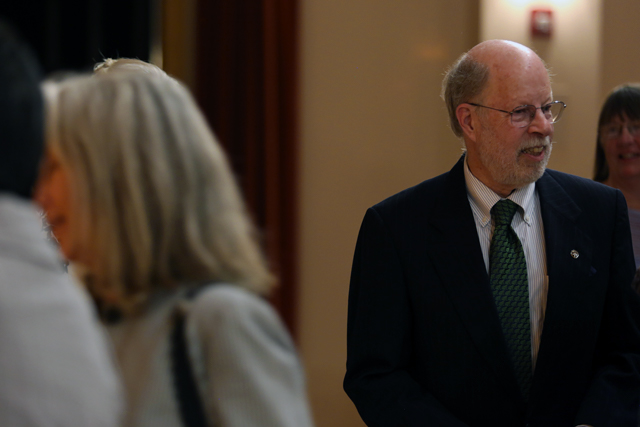