Most pigs in the United States live indoors in crowded pens, but April Nugent has concentrated her studies on raising pigs in two natural, outdoor settings; she's researching the nutritional and animal-welfare benefits of a pasture versus a woodlot. Her work with several Gloucestershire Old Spots has also been a hands-on lesson in pig breeding and the business of livestock farming.

Nugent began her studies of swine physiology and nutrition by working on the Hampshire College Farm, which has four breeding sows and produces about 70 piglets a year. When she proposed a study comparing raising pigs on pasture versus a woodlot setting, her mentors on the faculty and farm staff encouraged her to launch into independent research. To begin, they acquired several Gloucestershire Old Spots that had become available locally.

“This breed is known for being docile,” Nugent says. “Students work with them, so they have to be nice. They’re very personable, and okay with people touching their faces. They’ll lie down for belly rubs.”

The sows in her study began giving birth in early August, and the fourth will give birth this month. Nugent is studying the growth of the sows and piglets in the two settings. She said her initial findings suggest there’s a nutritional benefit for the pregnant sows to live in the woods; they’ve gained more weight there than did those on pasture. She’s still actively collecting data on the sows and the success of their litters, as not all the piglets have been weaned yet.

One of her mentors, Livestock and Pasture Manager Pete Solis, owned Mockingbird Farm in Easthampton and raised pigs and other livestock there before coming to Hampshire. “The question [Nugent is pursuing] is what’s the difference between pigs on grass with and without access to woodland,” he says. “If there’s an advantage to growing pigs in the woods as opposed to out of the woods, that would be useful for farmers to know.”

Nugent would like to publish her final research in a scientific journal or an agricultural magazine.

In addition to her studies at Hampshire, Nugent has taken courses on animal science and herd management at UMass Amherst through the Five College Consortium. And she’s been learning the business of livestock management. Her involvement with the Hampshire Food Systems Collaborative and the Farm Steering Committee has taught her a lot about budgeting.

Nugent laughs. “I’ve made a lot of spreadsheets on profitability,” she says.

She admits that the rough part of pig raising is always on her mind: The animals will eventually be slaughtered, and as deep an emotional tie as she has with them, she says she stays practical.

She graduates in the spring. “If I can prove the educational merit, if the professors want to work with the breeding program, and if it’s profitable, it could continue,” Nugent says. “I hope it does.” 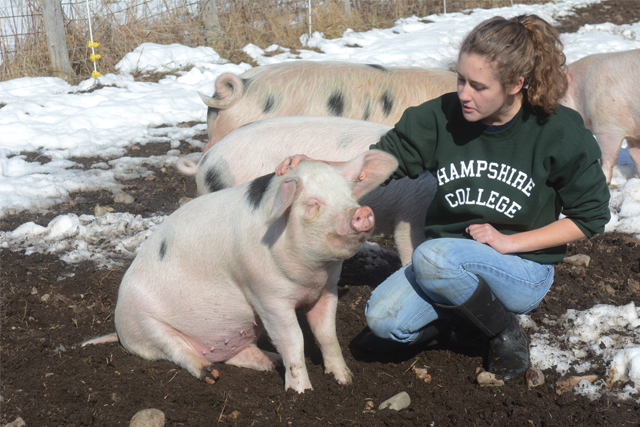 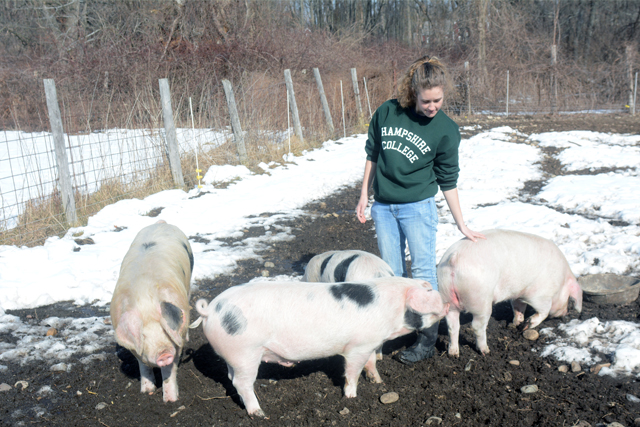 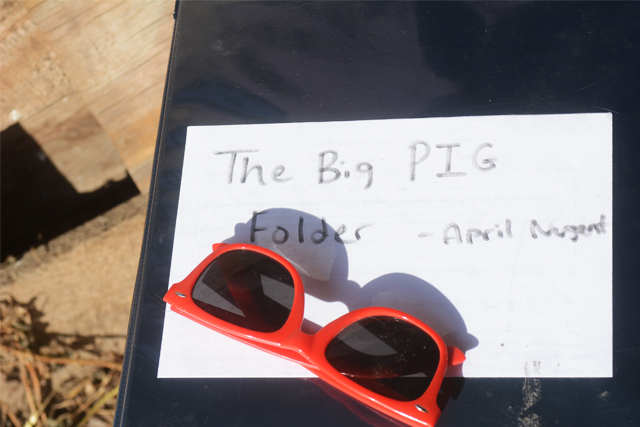