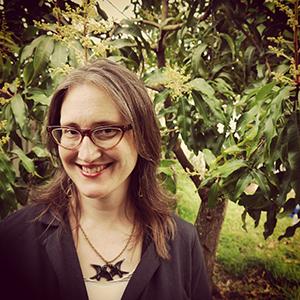 Merleaux’s research and teaching focus on the 20th century United States in an international context, with particular interests in the Caribbean and Latin America. She is interested in cultural politics, the cultures of capitalism, race, and empire; critical food studies; environmental studies and transnational environmental justice movements; immigration and ethnicity; consumer cultures; rural history; and transnational and cultural research methods.

Her book, Sugar and Civilization: American Empire and the Cultural Politics of Sweetness, was published by the University of North Carolina Press in 2015. The book tells the story of sugar from the Spanish American War through the New Deal of the 1930s, describing how workers and consumers in multiple locations came to eat huge quantities of sugar. The cultural logic connecting imperial, trade, and immigration policies was the same one that facilitated new habits of sugar consumption within the United States and its territories. Sugar and Civilization won the 2016 Myrna Bernath book prize from the Society for Historians of American Foreign Relations.

Her current research is on the environmental history of the war on drugs in the United States, Latin America, and Asia from the 1920s through the 1980s. Exploring the agrarian origins of drug prohibition reveals new ways to think about the social and economic consequences of more than a century of public policy.