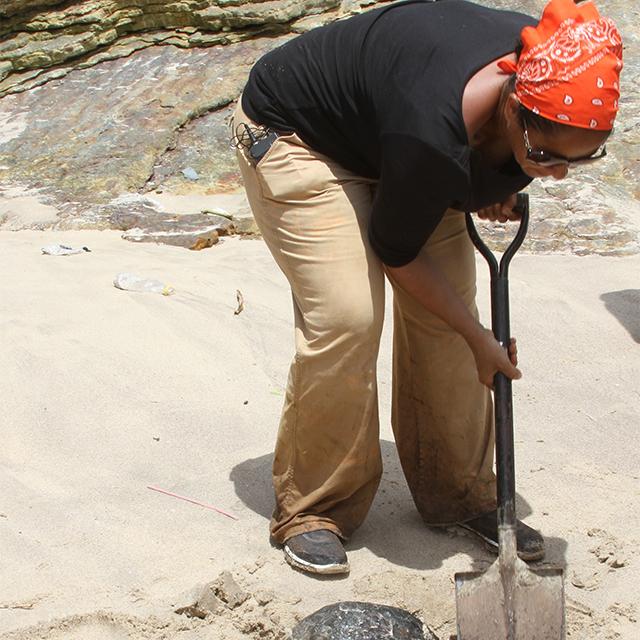 Engmann teaches courses on historical and contemporary forms of the African experience, such as African Islam, critical heritage, material culture, museums, Islamic archaeology, slave trade, slavery, and colonial photography. A scholar who applies a multiple lines of evidence approach (objects, texts, oral narratives, and ethnography), she enjoys working with students interested in engaging with a variety of documentary sources, and combining different theoretical and methodological approaches in the humanities and social sciences, in search of novel revisionist historical and contemporary approaches to the study of Africa.

As a scholar/practitioner, Engmann has two research projects in Ghana. The first project, Hidden Palimpsests: Unraveling Nineteenth Century Islamic Talismans in Asante chronicles the relationship between objects, texts, religion, and empire. She examines some of the oldest and most extensive sources in existence from museum, private, community, and royal collections.

Her second project, Slavers in the Family: The Archaeology of the Slaver in Eighteenth Century Gold Coast, is a study of Christiansborg Castle, a UNESCO World Heritage Site, former seventeenth century European trading post, Danish and British colonial seat of government administration, and Office of the President of the Republic of Ghana. She is the first scholar granted access to the site. It is the first excavation of the Castle. This community archaeology, ethnography, documentary film, and museum project is grounded in its commitment to the political impacts of research on direct descendants and the public. As a Ghanaian descendant of Carl Gustav Engmann (1752-1757), a Danish Governor at Christiansborg Castle and Board Director of the Danish Slave Trade Organization (1766-1769), she has coined the term "autoarchaeology." This project contributes to the Ghana Government’s aims to convert the site into a museum. Further information can be found in at http://christiansborgarchaeologicalheritageproject.org (English, Ga, and Twi).

Engmann has been the recipient of a number of generous national and international grants, awards and fellowships for research, community outreach, and education, including Columbia University, Stanford University, Brown University, Martha Joukowsky Foundation, Whiting Foundation, Wenner-Gren Foundation, Northwestern University/Art Institute of Chicago Center for Scientific Studies in the Arts, and the Ghana Government.